Why big tech companies are so quiet on abortion rights 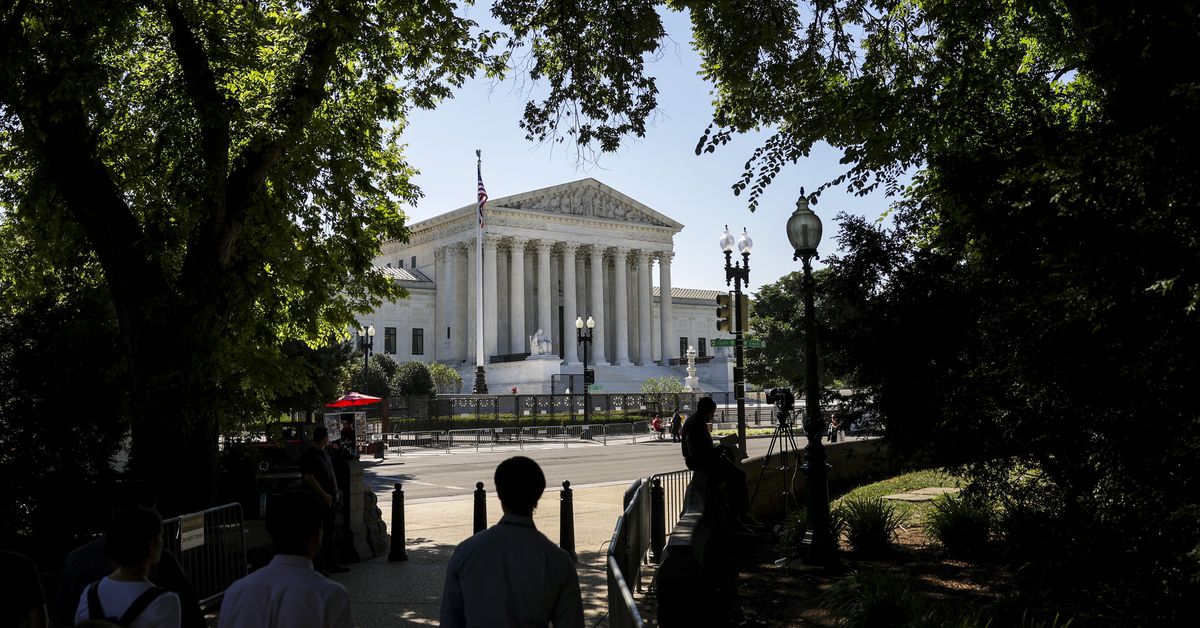 After the Supreme Court overturned Roe v. Wade on Friday, companies across the tech industry rushed out messaging on where they stood. Apple said its health plan had long covered travel costs for out-of-state reproductive health care; Microsoft said it would expand its health coverage to include travel costs for abortion; Google even said it would pay for employees to relocate in light of the ruling, no questions asked.

For the most part, they were quick, makeshift policies aligning these companies with the right to choose and granting benefits that supported that stance. But by and large, their responses weren’t full-throated repudiations of the Supreme Court’s ruling, let alone stands against any state that would seek to ban abortion.

“This is not a solution.”

There are plenty of firmer steps these companies could take. For the most part, companies continue to donate to anti-abortion candidates, and Uber, Match, and AT&T have, as recently as last year, funded a Republican group that pushed for Roe to be overturned, as noted by Popular Information. Regulators have called on Google to alter its Search products to avoid recommending anti-abortion clinics — but the company has broadly ignored the calls. More urgently, major tech firms across the board have yet to announce new steps or commitments to safeguard the data on our phones, which remain some of the biggest threats to abortion seekers.

“This is not a solution,” the Alphabet Workers Union, an organization representing hundreds of Google employees and contractors, wrote on Twitter about Google’s relocation offer.

Labor organizations more broadly have been willing to take a firmer stand and warn of the effects of this ruling. The Communications Workers of America, which is in the process of organizing many tech retail workers, warned of “devastating economic effects” for women, and the president of the AFL-CIO, the US’s largest union group, said the rule was “a devastating blow to working women and families across this country.”

There’s now a stark generational divide between workers who want to see their companies getting involved in political matters and those who’d like to see their companies staying quiet. Workers under the age of 45 are more than three times as likely to want their companies to take a stand on political issues, according to research from employee analytics firm Perceptyx. And whether companies speak out — or fail to in a timely manner, as Disney did with the “Don’t Say Gay” bill in Florida — can have a material impact on whether these younger employees want to work somewhere.

Big tech has increasingly expanded into states with abortion restrictions

“There is a rush for talent, and people want to work for companies whose values and mission and policies they believe in,” says Dan Bross, a former senior director of business and corporate responsibility at Microsoft.

But taking a stand on social issues has grown more complicated for big tech companies as their footprints have expanded beyond Silicon Valley and into states that continue to pass laws that clash with their progressive values.

These are all states where Republicans have or hope to put restrictions on abortion. That can put companies in a difficult spot, stuck between employees who want to see action and politicians hostile to pushback.

“If this is something that’s in line with your values, you better be out in front of it,” Emily Killham, director of research and insights with Perceptyx, says she’d tell corporate clients. “If it’s not in line with stated corporate values, it’s more possible for you to take a pass.”

When Disney chose to stay quiet over Florida’s Don’t Say Gay bill, the company faced internal backlash because “they’ve been well known for a long time with employees for being very forward facing in terms of the LGBTQ community.” But, Killham points out, Disney hasn’t made a statement on gun control, and “I haven’t seen their employees say they’re not taking a stance on every progressive issue.”

One way companies feel safer taking a stand is when they do so as a group, says Bross, who was a founding co-chair of the Partnership for Global LGBTI Equality, which brings together more than two dozen companies to advance LGBTI rights. “Companies who may not want to be as bold or are concerned about having the spotlight shined on them often look for opportunities to engage in coalition work,” Bross says.

They also look to the rest of the industry to see what peers are doing. In the case of abortion, tech companies had been starting to add benefits covering legal or out-of-state travel costs since Texas adopted a restrictive abortion law last year. That made it easier for other companies to make the same commitments last week — a list compiled by The New York Times shows similar commitments from not just tech firms but also media groups, banks, and retailers like Dick’s.

Killham says that these quieter internal actions are often preferred. In states with abortion ban trigger laws, employees’ desire for private actions nearly doubled. “They mostly just wanted a statement,” Killham says. “They wanted to know where their company stood on the issue.” And employees in those states didn’t want to see their companies abandon them by pulling out of the region either. “If you have a large contingent of employees in Texas, for example, you’re not really doing your people any favors by closing the office. That’s not looking out for your employees.”

That means that even as big tech companies continue to expand in states that are restricting abortion rights, they may still be able to signal their progressive credentials to employees without setting themselves up for political pushback.

Still, Bross says that how companies speak out — and the issues they choose to speak out on — has the potential to be shaped by what workers want far more today than in decades past.

“The employee voice has never been more important or stronger than it is now,” he says.