What to make of the game investment boom 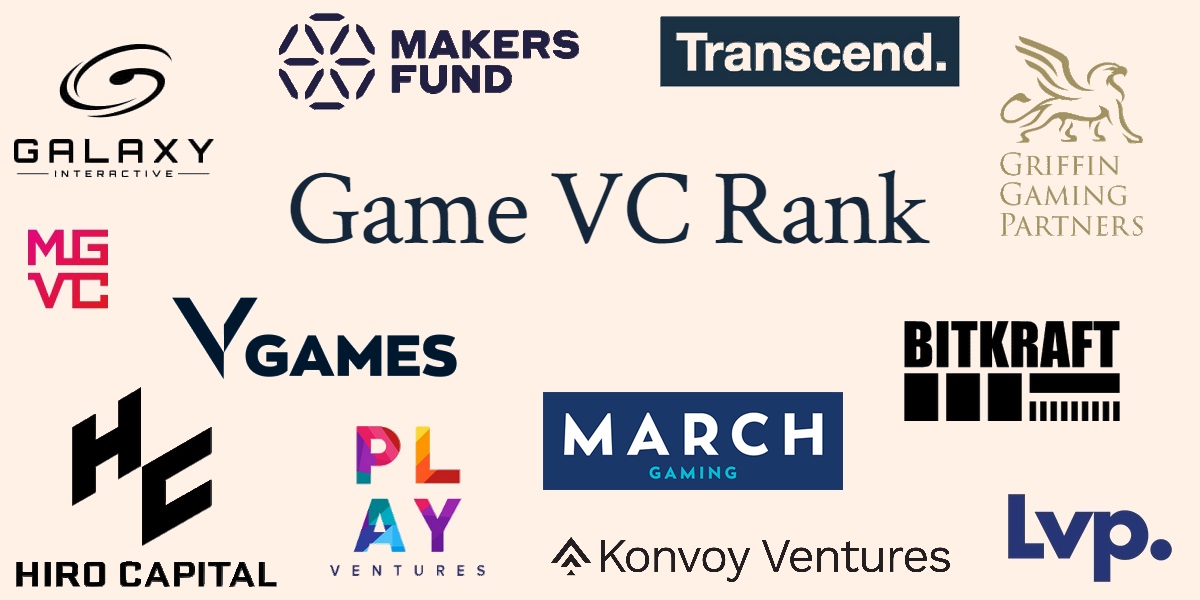 Game industries deals surpassed an unparalleled $71 billion in the first nine months of 2021, according to a report by investment bank Drake Star Partners. More than 844 deals were announced and closed in the period as lockdowns made it obvious that games was one of the industries that was not only still functioning but was thriving in the pandemic.

And with Roblox announcing 28% bookings growth in the third quarter yesterday, it’s clear that the opportunities for growth continue even though the comparisons are getting tough versus last year’s financials. To explore the impact on game investments, we assembled a panel of experts at our GamesBeat Summit Next online event.

Kevin Chou has had great success as the founder of Kabam, Gen.G, Rally, Forte, and SuperLayer. We got him to moderate the conversation with Jay Chi, founding partner at Makers Fund; Nick Tuosto, managing director and cofounder at Griffin Gaming Partners (and Liontree); and Amy Wu, partner at Lightspeed Venture Partners.

Chou said that we’re seeing “massive levels of investment coming into the game industry” and something that in his 15 years of the game industry means that it’s a great time to be an entrepreneur, publisher, or gaming partner.

Wu leads investments in gaming, crypto, and early-stage consumer growth. Chi has served as both an operator and investor in games, covering both Asia and the West. He started out in the console market and he has been investing via Makers Fund for five years how with a focus on early-stage and Series A (first institutional round) companies. His span is global across mature and emerging markets.

And Tuosto has been doing advisory work for acquisitions via Liontree and making investments in games through Griffin Gaming Partners. The first thing worth noting is that we have gaming-specific funds, which is relatively new, as well as massive tier one funds like Lightspeed that are dedicating partners to the gaming practice, Tuosto said. 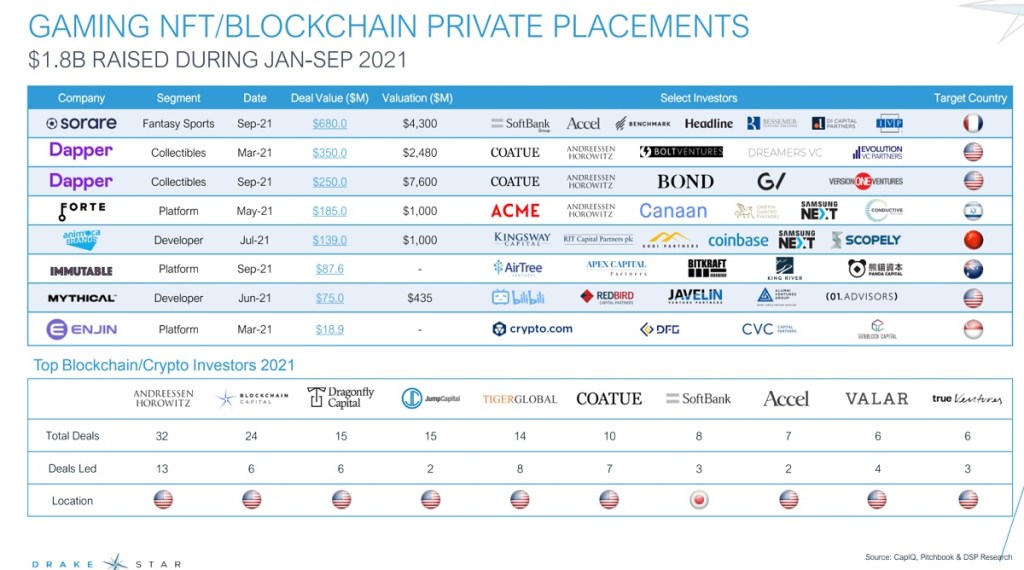 Chi said that gaming grew a lot during COVID but it is also becoming part of mass culture as a popular entertainment medium.

“We are actually growing up as an industry,” Chi said. “As you know, 15 years, 20 years ago, we were still a little bit in hiding, where today, I think we are at the front and center of a lot of more activities, especially around the younger generation. So that’s really come around from an investing point of view. It’s a very favorable environment for fundraising and raising money now for independent founders and creators.”

The industry now has dedicated game funds and the bigger names of investing have come into the market. Five years ago, we saw fundings every month or every couple of months. But now deals are happening on a weekly basis, or multiple times a week (as GamesBeat readers know), Chi said.

“The velocity is at its highest ever in our industry,” Chi said. “What does that mean for the long term? We will see the effect of this in the next two to four years.”

Chi said more innovation, more value creation, and more disruption are happening. But one of the challenges is that hiring is a major challenge, depending on which market you’re in. In Los Angeles, it’s almost impossible to hire engineers, he said, and China also has its own talent crunch, even though China’s market has been impacted by government restrictions, such as limits on playtime for minors. 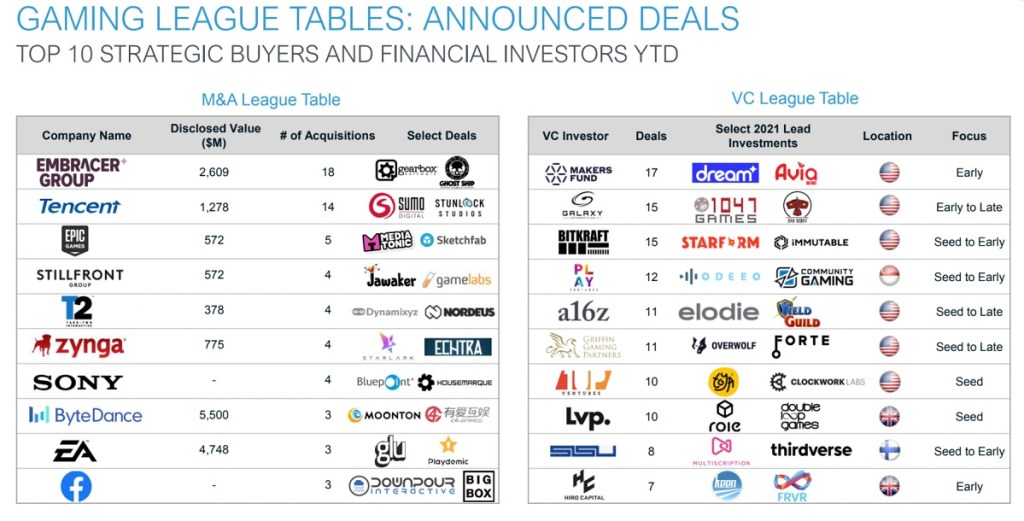 That means that a lot of hiring activity has moved to emerging markets, like Eastern Europe or other regions.

Tuosto said, “It’s an extraordinary moment in time, when you just take a step back and think about what what the market looks like. There is this flood of capital in and there’s probably never been a better time to be a games entrepreneur raising capital. There are so many sources of capital on constructive terms with value-added partners, lined up to compete for the opportunity to partner with you.”

We’re seeing lot of froth, and Tuosto said he isn’t sure if the pendulum has swung too far in that direction. Upstarts like Roblox have a larger market capitalization than Electronic Arts, and Unity is trading at 40 times its revenues. Studios have a lot of demand for software and infrastructure that they need to use to make games, and landing an exit is easier.

Some companies are rationalizing deals that never made sense before, with single-product companies with declining revenues sell for “astronomical multiples” of revenue, Tuosto said. While it’s an “incredibly encouraging time,” he said acquirers have to be very disciplined in terms of the valuations that they pay. He noted that the explosive growth of blockchain games like Axie Infinity is bringing in new audiences. 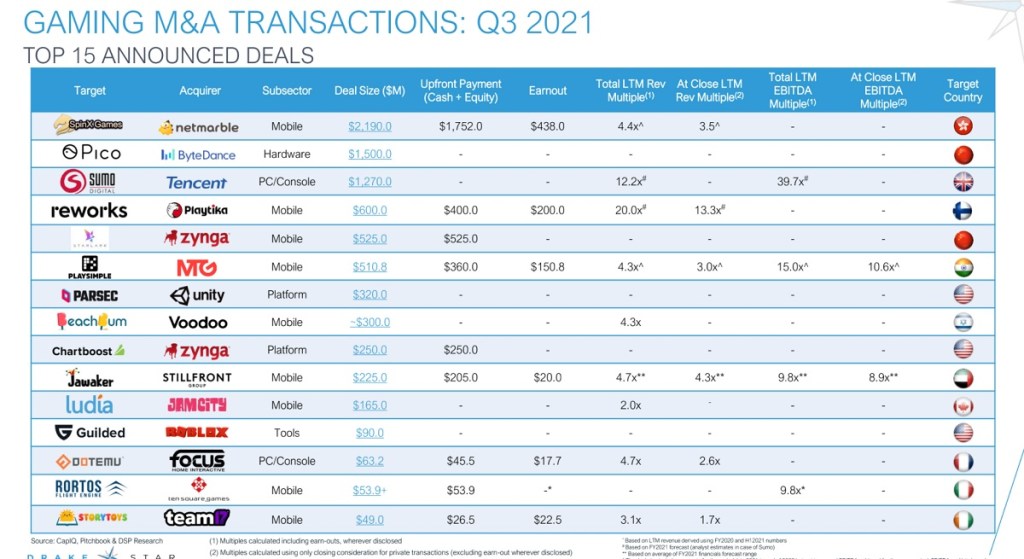 Chou asked Wu what she thought of the intersection of crypto, NFTs, and gaming. Wu said this space went from zero to 100 in about two months, when Axie Infinity went from tens of thousand of dollars in revenue per month to $15 million per day. It has scaled up to two million daily active users and introduced a different crowd of players to ‘play-to-earn’ gaming. They’re earning money much like the gold farmers did in other games, but on a scale that is unprecendented.”

“It’s a pretty incredible pace,” she said. “That shows the paradigm of Web 3 and decentralization can do.”

The success has caught the imagination of indie studios and game publishers. Wu said we’re seeing a huge influx of capital into the intersection of blockchain and gaming. Publishers have moved from skepticism to action. Hundreds of companies are now trying to do do blockchain gaming, and many of them are “crypto native” game companies run by cryptocurrency enthusiasts without much experience making games, she said.

These companies are developer direct relationships with their communities on the web, Discord, or Twitter, without the middlemen of the app stores. “Gaming native” teams are also coming into the space, some via the big game publishers, Wu said. Those teams haven’t quite grasped that Web 3 and the community mindset as being critical to success.

Chou noted that Sky Mavis’ Axie Infinity puttered around for a few years before finding success. Wu said the game gets a bad rap for the weak gameplay, but what a lot of others missed is that it always had a high retention rate.

“There is something engaging about the community that brought them together to play, and word of mouth spreading about making money that was 10 times the minimum wage in the Philippines, and a streamer community,” Wu said.

Wu said the lessons are that it starts with building authentic community. She noted very little overlap between authentic hardcore gaming and Web 3 authenticity. Game companies have to learn how to create both. Companies also have to learn “tokenomics,” or figuring out the game economy design in the blockchain space that really works in the long run. And the play-to-earn aspect of a game has to be balanced with the fun part of the game, she said.

Tuosto said a big franchise or brand hasn’t come into blockchain gaming yet. But based on talks with Forte, one of Griffin’s investments, a lot of conversations happening. It’s just that a lot of the big brands have a lot to lose and so they have to be careful as they move into the space where regulators may intercede. Companies have to set up compliance for money transmittal.

“It requires a new kind of specialization where you harness resources from both crypto and gaming,” Tuosto said. “When that match is made, it will be absolutely transformational.”

Chou asked Chi if too much money was coming into the game market. 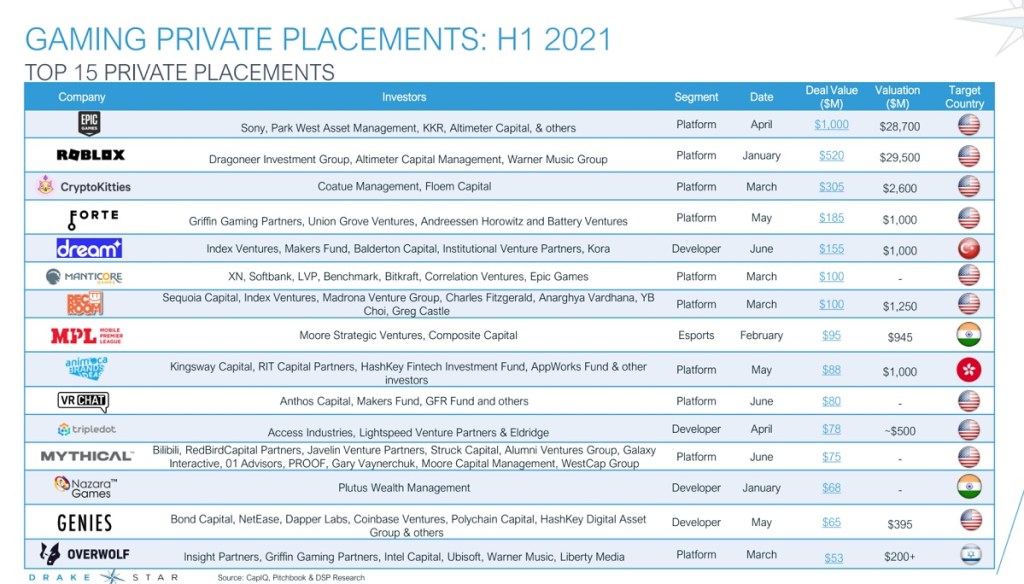 “I’m thinking about where is this going to land,” particularly with valuation increases for companies, Chi said.

“There has been a bit of an inflation,” Chi said. “Maker invests in the early stage. Once you go toward the C round and the D round, the valuations have increased dramatically. I think it will need to increase, as there is no going back. There is definitely more momentum and tailwinds behind gaming. Will valuations double or triple in the next five years?”

Wu said it’s a great time to be a gaming founder since so much capital is available now. The pace of the influx of capital has outpaced the exits, and that’s why the valuations are on the rise, she said. Wu believes you have to have a portfolio approach with studios as it’s hard to predict what will take off. Investors should understand that many of these studios won’t have a hit game. She noted a lot of boom-bust cycles in gaming, and many investors and new teams haven’t lived through those.

For the game startups raising money, Tuosto said entrepreneurs should make VCs work for them. If someone has a lot of options, they should make sure that a VC is earning a seat at the table.

“Everyone around that table should be adding value,” Tuosto said.

Chi said all of the funds have their personalities, and the best VC will be the one that has chemistry with the entrepreneur. And he said entrepreneurs should seek references on investors. And Wu agreed.

“It comes down to personal relationships,” Wu said.