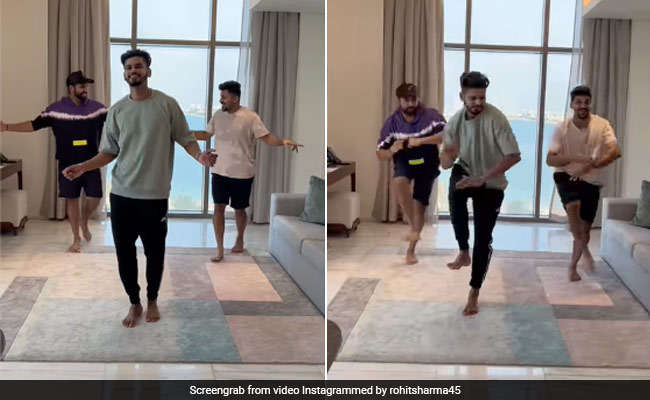 Shreyas Iyer smashed a century on his Test debut in Friday, becoming the 16th Indian to achieve this feat. Now, a celebratory video shared by skipper Rohit Sharma proves that the 26-year-old cricketer has all the right moves – not just on the field but off it as well. In the clip, Shreyas Iyer, Shardul Thakur and Rohit Sharma perform a fun dance routine to a remixed version of the song 1973 Koi Sehri Babu. The three were all smiles as they executed a perfectly-choreographed dance routine.

Rohit Sharma (who is incidentally also a part of the ‘Test debut century’ club) was all praise for Shreyas Iyer as he shared the clip on Instagram on Friday afternoon.

“Well done @shreyas41 making all the right moves,” he wrote. Watch the video below:

Within an hour of being posted on Instagram, the dance video has racked up over a million views and more than 3 lakh ‘likes’ from fans.

Shreyas Iyer became the 16th Indian batter to make a hundred on his Test debut on Day 2 of the India vs New Zealand first Test at the Green Park in Kanpur.

Iyer scored 105 off 171 balls, striking 13 fours and a couple of sixes during his brilliant effort. He was dismissed by Tim Southee.