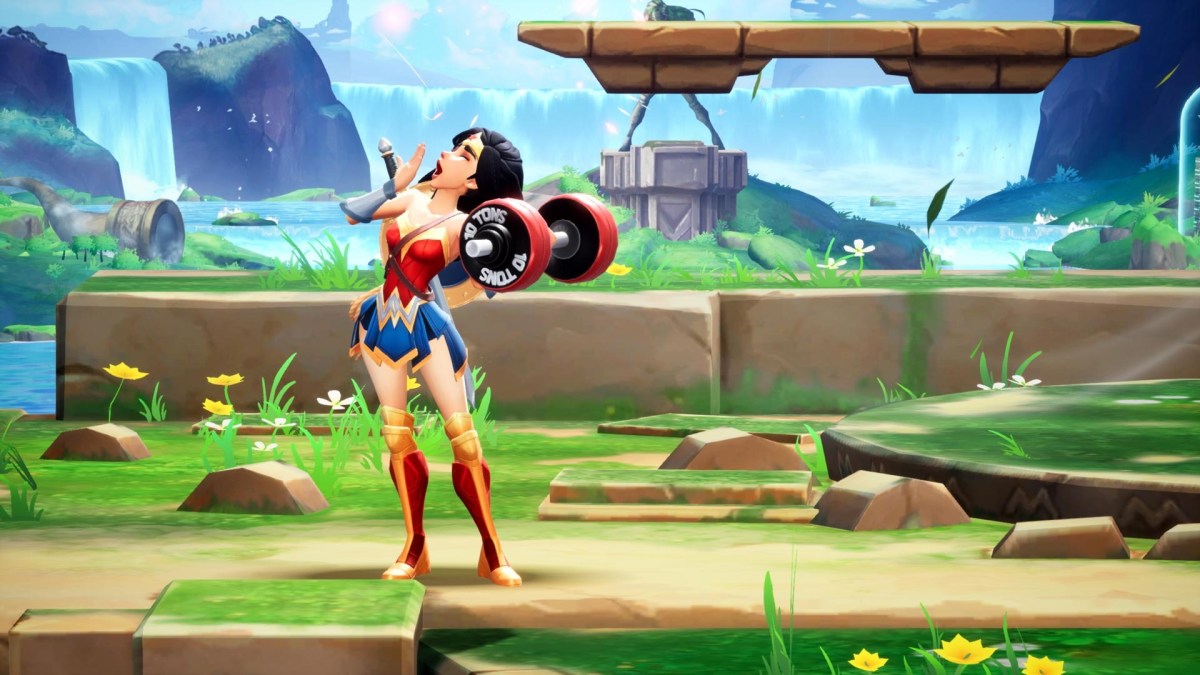 The milestone follows the kickoff of MultiVersus Season 1, which began August 15 with a new Battle Pass for players to earn in-game rewards. Season 1 will also bring a variety of new characters, modes and other content to MultiVersus, which is developed by Player First Games and published by Warner Bros. Games.

“We had a fantastic first half of the year, really driven by the results of Lego Star Wars: The Skywalker Saga. And we’re so excited to get off to such a great start in the second half with MultiVersus,” said David Haddad, president of Warner Bros. Interactive Entertainment, in an interview with GamesBeat. “For us, MultiVersus is such an important critical step into that free-to-play, high-definition gaming category that we believe we can really do something meaningful in, in this case with a collection of our IP, and building a game from scratch that’s designed for live services and cross platform. And we’re thrilled to see by the 20 million that fans are really responding to it.”

Morty Smith (Rick and Morty) will join the roster on August 23, while Black Adam (DC), Stripe (Gremlins), Rick Sanchez (Rick and Morty) and many other heroes and personalities will be added in the coming months. New modes will also be coming to the game as part of Season 1, including Classic Arcade and Ranked modes.

The MultiVersus Open Beta is available now as a free download for PlayStation 5 and PlayStation 4 consoles, Xbox Series X/S, Xbox One and PC with full cross-play support and dedicated server-based rollback netcode for robust online competition.

Asked why people are engaging with the game, Haddad said, “These live game services at scale provide us with so much insight and so much information. The things that I’m most excited about are just the amount of time people are playing in the game and spending in the game. There’s a lot of matches getting made and created. It has to be engaging. And you have to build it in a way where people come back, and you have a pattern of engagement. And we’re really excited about how the fans are responding in that way also. And we also know that this game is built for streaming and built for viewing. And so whether it’s some esports that we kicked off or streaming activity to help launch the game, we just like that fans are playing and seeing and watching such a wide array of our IP.”

The game has 18 characters in it so far, with another three announced. The characters span nine franchises, which makes it very metaverse-like in my mind, where mixed different IPs is something that the players get excited about.

The game from Player First Games took about two years to make, which means it was conceived and developed during COVID. That’s an accomplishment, considering the delays that other games — including Warner Bros.’ Hogwarts Legacy — have faced in the pandemic.

Haddad was pleased that the game resonated — much like Nintendo’s Super Smash Bros. franchise has — with fans, even though some players may have viewed the title as derivative compared to the Nintendo game. This title differed in that it was built for the free-to-play model.

The game has optional in-game purchases that are not required for any aspect of the game, which means it’s not pay to win. The content available for purchase includes characters, character variants (skins), various cosmetic items and the founders packs.

“We have this wide array of IP, from our deep catalog of characters, stories, worlds,” Haddad said. “So we think that that’s a real point of distinction for us.”

I asked if this bodes well for the metaverse, which is expected to be a mashup of a lot of things.

“In the near term, the way I’m thinking about that word is a community of players that is attached to computing power at a screen, and are a community that comes together, ideally on a daily active habit basis, and having something for them to engage in, around interactive play,” Haddad said. “And so you saw by the 20 million [number], it’s at scale for us in such a short period of time.”

But you can’t just make the characters available for people to use. You have to give them a fun game to play, and Haddad said the game has high production values across multiple platforms in high-definition environments.

In terms of free-to-play games and live operations, Warner Bros. has also had success with Game of Thrones: Conquest, a mobile game that debuted in 2017. That title is approaching $1 billion in consumer spending. That helped the company build “muscle” around free-to-play, Haddad said.

“It really was a lot of muscularity around live events and tournaments and sort of the merchandising that goes into that. So we’re drawing from around our portfolio for that, but certainly in this high definition, gaming space, console and PC, this is the most important step we have taken in the live service operations,” Haddad said. “But we believe that there’s more of that to come.”

Haddad said the company has done well with traditional premium games such as Lego Star Wars: The Skywalker Saga. The company hit different metrics with that title, and the key to its success was hitting so many different platforms. Back for Blood wasn’t a huge title, but it has had content and DLC drops at a good cadence, and Haddad said the company will support it with more new content.

As for titles coming up, we should hear more about Gotham Knights, debuting in late October, and Hogwarts Legacy, debuting on February 10, on Tuesday with the Opening Night Live event at Gamescom.

Haddad said was proud of the work from the teams and he noted the success suggests that the game market is still a great one to be in for a diversified media and entertainment company. (Warner Bros. is now part of Discovery).

“We’re showing great results and leaning into where we think the growth opportunities are, servicing our franchises,” he said. “The fans just find a whole new way to engage with some of our biggest worlds, stories and characters. We think this plays a really critical part in in this new diversified media company so and we’re excited to be able to show this story of growth.”