‘Virat Kohli will get his form back after divorce with Anushka Sharma’; KRK calls actress bad luck, gets brutally slammed 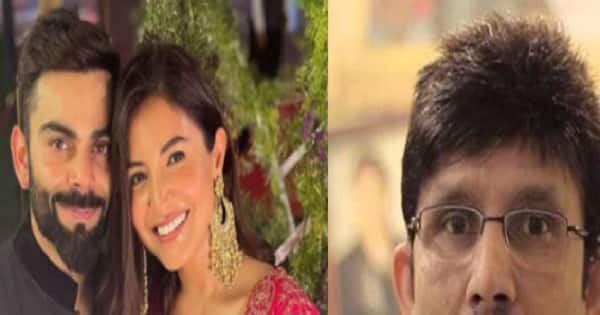 Virat Kohli is right now facing the toughest of his career. He has been struggling to be in his form with just 128 runs under this belt in nine matches in this IPL season. Virat who is failing to achieve his desired form has been advised by Ravi Shastri that he better be out of IPL. In an interaction on Jatin Sapru’s YouTube channel reportedly Shastri said, “I think a break is ideal for him because he has played non-stop cricket and he has captained the side across all formats. It will be wise of him to take a break. You know, sometimes you have to draw the balance. He further added, ” This year he is already into the tournament (IPL 2022), tomorrow if push comes to shove and you want to prolong your international career and make a mark there for 6 -7 years, pull out of the IPL, for all you care.” – Sidharth Shukla’s former co-star Aatha Chaudhary finally acts on his advice; ties the knot with Aditya Banerjee

While everyone is concerned about Virat’s form, Kamaal R Khan’s opinion on the ex-captain of Indian cricket team is receiving a lot of criticism as he blamed his wife Anushka Sharma for his bad form. Well, this is nothing new though. The controversial king KRK took to his Twitter and wrote, ” “Anushka is bad luck for #Kohli. He can only get his form back if he will divorce #Anushka. #RCBvsRR.” This tweet didn’t go down well with Virat fans and they have been slamming KRK for his ill thoughts. – Laal Singh Chaddha song Kahani: Aamir Khan inspired by South films? Launches a track before teaser or trailer

– Samantha Ruth Prabhu birthday: 6 ways in which Oo Antava star proved that she is a strong soul during split with Naga Chaitanya