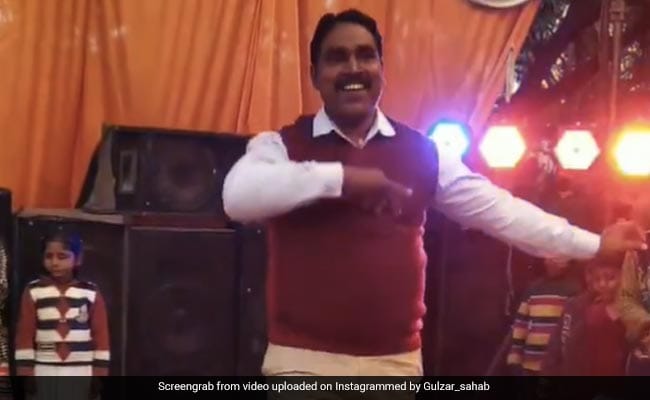 The clip shows people at the function cheering for the man

The video opens with a man dressed in a shirt, maroon sweater and pants enthusiastically grooving on the dance floor. The clip shows people at the function cheering for the man and boosting his confidence by clapping and cheering for him. But his upbeat dance moves left the guests stunned.

The video has so far amassed more than 14,000 views on Twitter and the comment section is filled with words of appreciation for the man. A user wrote, “Wow! Fabulous.” Another user wrote, “Awesome.” The third user commented, “Wah! Kya dance Kia hai (Wow, what a dance).”

Meanwhile, an old video of a man dancing at his friend’s wedding also went viral. The video was shared by IPS officer Dipanshu Kabra. The 29-second video starts with the man imitating a march past drummers at a wedding. He even gives a salute before taking a few steps back and breaking into a unique dance.

He then moves to a side and performs jumping jacks. The man also moves one of his arms as if getting ready to throw a ball at a cricket match.

He gets ready to perform the routine again, and that’s when the video ends.

BJP’s Rebel Problem Takes Forefront In Gujarat Ahead Of Election