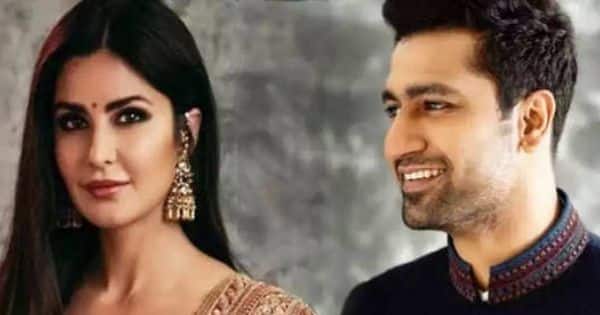 The wedding rumors of Vicky Kaushal and Katrina Kaif do not seem to be fizzling out any time soon. In fact, they seem to be vigorously fanned with each passing day. The latest reports circulating about the couple’s nuptials are that they might finally tie the knot some time next month, December at the Six Senses Fort Barwara, a resort in Sawai Madhopur, Rajasthan. Well, with the speculation gaining traction day by day, a lot of other rumors are spreading about Katrina Kaif and Vicky Kaushal’s nuptials, especially when it comes to the guest list. – Shiddat Movie Review: Sunny Kaushal and Radhika Madan reintroduce ‘Shiddat wala pyaar’ to ‘on-our-sleeves’ kind of generation

A new report in Pinkvilla has surfaced, which claims that the first guest at Katrina Kaif and Vicky Kaushal’s is confirmed. So, who is it? Well… why don’t you take a stab at it and take a wild guess. Let’s drop a major hint. Said guest had also attended Varun Dhawan’s reception with Natasha Dalal – the last big Bollywood wedding – has directed Varun in two of his biggest hits, and will be making his next movie with Vicky Kaushal. – Varun Dhawan’s niece Anjini Dhawan prepping for her big Bollywood debut! Karan Johar’s Dharma to launch her by 2022? [EXCLUSIVE]

Still at a loss? No worries… we’ll uncover the secret for you. The first confirmed guest at VickKat’s wedding reception, according to Pinkvilla, is Director Shashank Khaitan, who made Humpty Sharma Ki Dulhania and Badrinath Ki Dulhania with Varun Dhawan and has recently directed Vicky Kaushal in Govinda Mera Naam, which costars Bhumi Pednekar and Kiara Advani. – Jug Jugg Jeeyo: Kiara Advani REVEALS the latest crucial development on her family drama with Varun Dhawan; says, ‘I’m going back on set this month’ [EXCLUSIVE]

So, there you have it – the first supposedly confirmed guest of Vicky Kaushal and Katrina Kaif’s lavish Bollywood wedding.