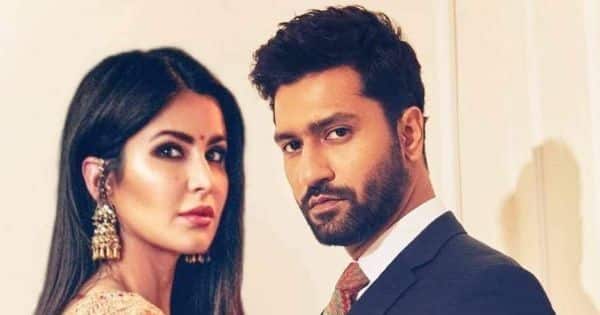 The wedding rumors of Vicky Kaushal and Katrina Kaif do not seem to be fizzling out any time soon. In fact, they seem to be vigorously fanned with each passing day. The latest reports circulating about the couple’s nuptials are that they might finally tie the knot some time next month, December at the Six Senses Fort Barwara, a resort in Sawai Madhopur, Rajasthan. Well, with the speculation gaining traction day by day, a lot of other rumors are spreading about Katrina Kaif and Vicky Kaushal’s nuptials, especially when it comes to the guest list. – Vicky Kaushal-Katrina Kaif wedding: FIRST GUEST at VicKat’s lavish reception confirmed – deets inside

Earlier, we had informed y’all that according to Pinkvilla, Director Shashank Khaitan, of Humpty Sharma Ki Dulhania and Badrinath Ki Dulhania fame, and who has recently directed Vicky Kaushal in Govinda Mera Naam, which costars Bhumi Pednekar and Kiara Advani, is the First confirmed guest at his wedding with Katrina Kaif. For the uninitiated, Shashank Khaitan had also attended his Humpty and Badri actor, Varun Dhawan’s reception with Natasha Dalal – the last big Bollywood wedding. – Shiddat Movie Review: Sunny Kaushal and Radhika Madan reintroduce ‘Shiddat wala pyaar’ to ‘on-our-sleeves’ kind of generation

And now, a new report in Pinkvilla has surfaced, which claims that three more guests have been confirmed for VicKat’s marriage. So how are they? Well three Bollywood A-list celebrities who we’re not surprised one bit are attending the ceremony – Karan Johar, Farah Khan and Zoya Akhtar, who’ve worked with both stars on multiple projects. While Shashank and Karan Johar are expected to appear from the groom’s side, it’s being said that Farah Khan and Zoya Akhtar will make their presence felt by representing the bride. – Varun Dhawan’s niece Anjini Dhawan prepping for her big Bollywood debut! Karan Johar’s Dharma to launch her by 2022? [EXCLUSIVE]

So, if these reports are true, at least four top Bollywood celebs have already been confirmed as guests at Vicky Kaushal and Katrina Kaif’s wedding.