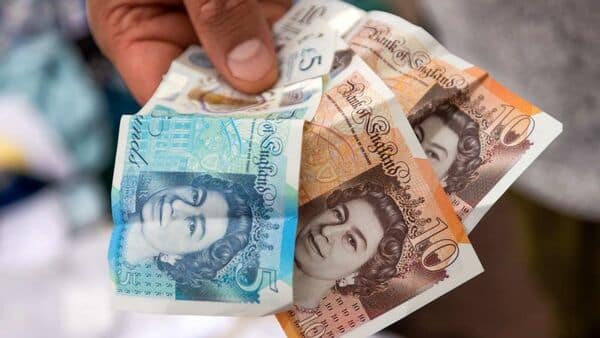 The pound and UK government bonds fell after Chancellor of the Exchequer Kwasi Kwarteng scrapped the 45% the top rate of income tax, paid by only the richest earners, and cut the basic rate from 20% to 19%.

The Conservative administration hopes its program including regulatory reforms will turbo-charge the economy, staving off a recession that the Bank of England says has already begun and shaking the UK out of a decade of weak growth. Investors and economists expressed concern the package will drive the Treasury’s debt to unaffordable levels and fan inflation.

Kwarteng set a target of 2.5% trend growth, a level not seen since before the 2008 financial crisis. “We promised to prioritize growth,” he told Parliament in London on Friday. “We promised a new approach for a new era.”

The cost of the package — £161 billion over the next five years — prompted a selloff in both the pound and UK government bonds, with investors and economists worried about Britain’s already sizable debt burden quickly becoming unmanageable.

The pound dropped below $1.11 for the first time since 1985. The lack of fiscal constraints and the inflationary threat posed by the package spooked bond investors. Traders put a 50% chance on the Bank of England raising rates by a full percentage point to 3.25% in November.

The plan amounts to the biggest single givaway by the Treasury since 1972, when Ted Heath was prime minister and Anthony Barber chancellor. That budget resulted in spiraling inflation and debt that took a decade and an bailout from the International Monetary Fund to clear up.

“That budget is now known as the worst of modern times,” Paul Johnson, director of the Institute of Fiscal Studies, said on Twitter. “Genuinely, I hope this one works very much better.”

The BOE raised rates half a point on Thursday and signaled that signs of excess demand would force its move faster. Martin Weale, who served at the BOE from 2010, said the government plans will “end in tears” and a run on the pound.

Opposition parties said the measures are too generous for the rich and will force up interest rates, further imperiling the finances of millions of families struggling with rising inflation and energy bills.

“Borrowing is higher than it needs to be, just as interest rates rise,” said Rachel Reeves, who speaks on finance for the Labour opposition. “This is casino economics — gambling the mortgages and finances of every family in the country to keep the Tory party happy.”

“The government also looks set to pivot from fiscal conservatism toward efforts to stimulate long-run economic growth. With tax cuts alone unlikely to deliver that goal, our concern is that the package will keep inflation above 2% for longer and shift the public finances onto an unsustainable path,” said Dan Hanson.

The chancellor’s plan included a pledge to liberalize regulations on planning and in the City of London’s financial district, ending a cap on bonus pay for bankers.

Additional eye-catching measures include a cut on stamp duty, which is charged on property purchases, removing 200,000 buyers out of the tax altogether. A planned 1.25% increase in payroll taxes this year was reversed. Businesses were given help, with the planned increase in corporation tax from 19% to 25% next year abandoned and investment allowances increased.

That came on top of support for households and businesses with spiraling energy costs. The Treasury said the emergency energy package, under which household bills will be frozen for two years, will cost £60 billion over the next six months.

Other measures announced were:

Truss and her allies say the program won’t spur inflation and that cutting taxes and bureaucracy will allow businesses to expand and draw more people into work, lifting tax revenue in the process.

“What we’ve seen today is a significant shift in economic policy in the UK, and I think it’s the right one,” Gerard Lyons, chief economic strategist at Netwealth Investments Ltd. and an adviser to Truss, said on Bloomberg Radio. “If the policy is right for economy, then also it should be right for the markets as well.”

Kwarteng provided no new fiscal rules beyond a promise to announce some later this year, saying they would require the government to “reduce debt as a percentage of GDP over the medium term.”

In an accompanying document, the Treasury said the extra growth as a result of the tax cuts could improve the public finances by between £10 billion and £40 billion a year. Kwarteng said the numbers would be properly costed by the Office for Budget Responsibility.

Economists and former Bank of England officials attacked the plans even before Kwarteng appeared in the House of Commons on Friday. Danny Blanchflower, a policy maker during the global financial crisis more than a decade ago, said investors should short the pound.

Other critics include the Resolution Foundation, which points out the measure will widen inequality, handing more benefits to the richest people in society and costing those on lower incomes more.