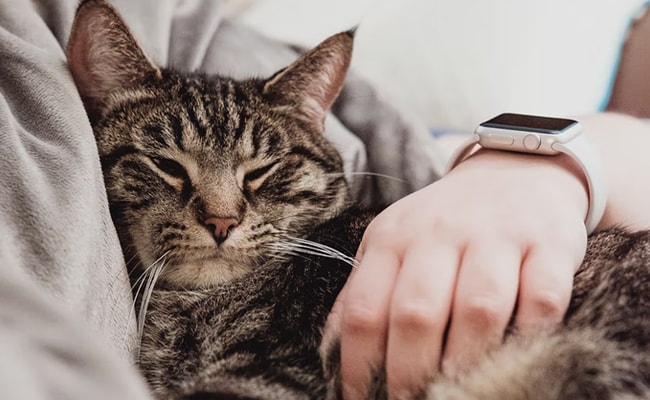 The UK woman held a civil ceremony on April 19 to tie the knot. (Representative photo)

A 49-year-old woman from London recently married her pet cat, named India, in order to avoid rental restrictions, which have barred her from bringing animals into the unit. According to New York Post, Deborah Hodge found a loophole in the scheme and devised a plan to marry her cat as she had already rehomed three previous pets due to landlords who rejected pet owners from their properties.

Facing eviction and terrified of losing her five-year-old feline, the single mother of two held a civil ceremony on April 19 to tie the knot. According to the Express, Ms Hodge said that she had “nothing to lose and everything to gain” by wedding her pet. She added that her cat, India, is fundamentally the “most important” thing in her life after her children.

“By marrying India, I need any future landlords to know that we come as a package and we cannot be separated under any circumstances as she is as important to me as the children,” she explained, as per Express.

The Post reported that earlier this month, Ms Hodge and her pet feline wore tuxedo-style outfits for their wedding ceremony in a park in southeast London. India meowed through her vows as Ms Hodge’s friends watched on, including one who legally ordained the civil union. “I recited vows under the universe that no man will ever tear myself and India apart,” she said.

Ms Hodge also added, “I refuse to be parted with her. I’d rather live on the streets than be without her.”

Meanwhile, as per the media outlet, Ms Hodge revealed that in her previous rental, she was forced to give up two huskies when a landlord threatened eviction. She said that five years ago, she moved into her current unit, where they also turned away her former feline friend, Jamal. “Losing the three pets absolutely broke my heart,” Ms Hodge said.

However, she further added that in 2017, she finally was able to convince her landlord to let her get another cat – India. But it was not all smooth sailing as India soon lost a leg after she was hit by a car, following which the feline became more dependent on Ms Hodge.

Now, the pair is facing eviction once again as Ms Hodge struggles to make rent since unexpectedly losing her job in March. “I’m terrified of losing India,” she said. Therefore, anticipating yet another move, Ms Hdoge married her feline pet in a bid to stay together regardless of new lease conditions.