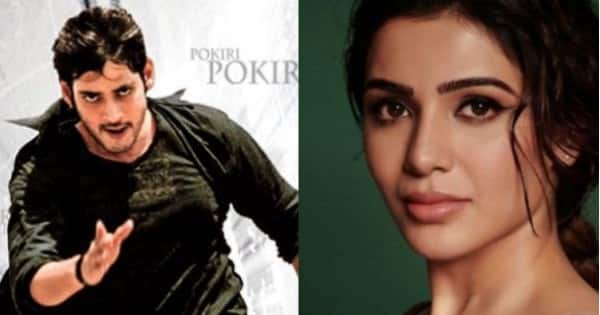 From 200 plus special screenings of Pokiri on Mahesh Babu’s birthday tomorrow to Samantha Ruth Prabhu sharing shocking details about her struggling days to Liger stars Vijay Deverakonda and Ananya Panday enjoying a huge Gujarati thali in Vadodara; many South films and celebs made it to the headlines today. If you missed an important update from the South film industry, don’t worry as we are here with a round-up of what all happened down South today. Below is the list of trending South news today… – Pushpa star Allu Arjun, Chiranjeevi and more South stars who are the most generous and donate whopping amounts

Mahesh Babu will be celebrating his 47th birthday tomorrow, and his fans have planned something special. They have organized 200 plus special shows of the actor’s film Pokiri across the globe. When the screening of an old film takes place it happens only in a few screens, but 200 plus screenings are surely amazing and huge. – Salaar: Prabhas and Shruti Haasan starrer shooting delayed for THIS reason; here’s when the Prashanth Neel directorial will now release

Samantha Ruth Prabhu is one of the biggest superstars down South, and reportedly, soon she will be making a mark in Bollywood as well. But, the actress had her own struggles before making it big in the industry, and recently, she opened up about it.
Read Full Story here: https://www.bollywoodlife.com/south-gossip/shaakuntalam-actress-samantha-ruth-prabhu-talks-about-her-struggling-days-reveals-she-survived-on-just-two-meals-a- day-entertainment-news-latest-tamil-and-telugu-news-2100823/ – South News Weekly Rewind: Mahesh Babu all set for his Bollywood debut, Erica Fernandes exposes South film industry, Dulquer Salmaan praises Prabhas’ Project K and more

Fahadh Faasil is a star in the Malayalam film industry, and now, with movies like Pushpa and Vikram, he is surely making a mark across the country. Today, he celebrated his 40th birthday, and his fans poured wishes for him on social media.
Read Full Story Here: https://www.bollywoodlife.com/south-gossip/fahadh-faasil-birthday-special-fafa-fans-share-heartwarming-wishes-for-the-pushpa-actor-call-him-one-man-revolution- south-news-and-gossip-2150622/

Vijay Deverakonda and Ananya Panday are busy with the promotions of their film Liger and today were in Vadodara for the same. Vijay and Ananya enjoyed a huge Gujarati thali in the city and the pictures of the same have gone viral. Check out the pictures below…

And! Day-2 of the #LIGER Fandom Tour begins in Vadodara?

A Press Interaction is currently underway!
,
The Team will See you at the Parul University from 3PM Onwards today ??#LigerOnAug25th@TheDeverakonda @ananyapandayy #PuriJagannadh @karanjohar @DharmaMovies pic.twitter.com/2FQ0VaDIH7

It’s a wrap for Nagarjuna starrer The Ghost

A few weeks ago, the makers of Nagarjuna starrer The Ghost released a teaser of the film. Today, the shooting of the film was wrapped up and the makers took to Twitter to inform everyone about it. The movie also stars Sonal Chauhan in the lead role.

#TheGhost is ready to conquer ?