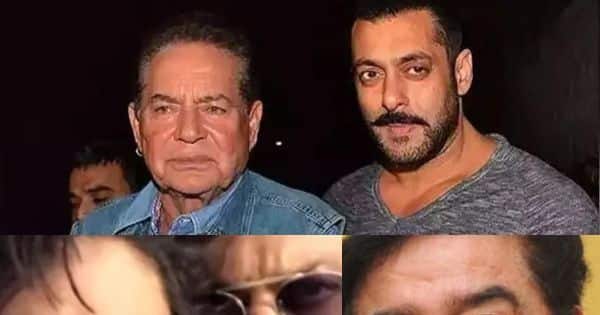 From Salman Khan‘s statement after his death threat and his costar supporting Amber Heard to Shatrugan Sinha being upset with Shah Rukh Khan, Malaika Arora reacting to Arjun Kapoor silencing a troll and Kartik Aaryan‘s profit share from Bhool Bhulaiyaa 2, it’s time to take a look back at all that went down today in the world of entertainment. Here’s all what grabbed headlines to make it to the trending entertainment news today… Ergo, it’s time to make a note of the biggest entertainment newsmakers who’ve made it to the trending entertainment news today. – Trending OTT News Today: Aashram 3 actress Esha Gupta opens up on shocking experience of meeting Godmen; Avrodh 2 trailer out

So, without further ado, here are the entertainment newsmakers of 7th June 2022…

Ignoring the vociferous support for Johnny Depp, the blatant evidence and the court’s verdict, this actress has decided to express solidarity with Amber Heard.

Shatrughan Sinha claims he was one of the staunchest supporters of Shah Rukh Khan and his son, Aryan Khan, during their extremely difficult phase, but is not pleased with his treatment thereafter.

While Arjun Kapoor has chosen to keep mum after being trolled on many occasions in the past, he decided to give it back this time and girlfriend Malaika Arora also reacted to said trolling.

Read the full story here: Malaika Arora reacts after Arjun Kapoor shuts troll for saying he ‘can never get in shape’

Kartik Aaryan latest release, Bhool Bhulaiyaa 2, is doing phenomenally well at the box office, having already crossed ₹150 crore nett. Both the actor’s performance and the movie have been immensely appreciated.

Man Slips Into Coma And Undergoes 30 Surgeries, Because Of A Mosquito