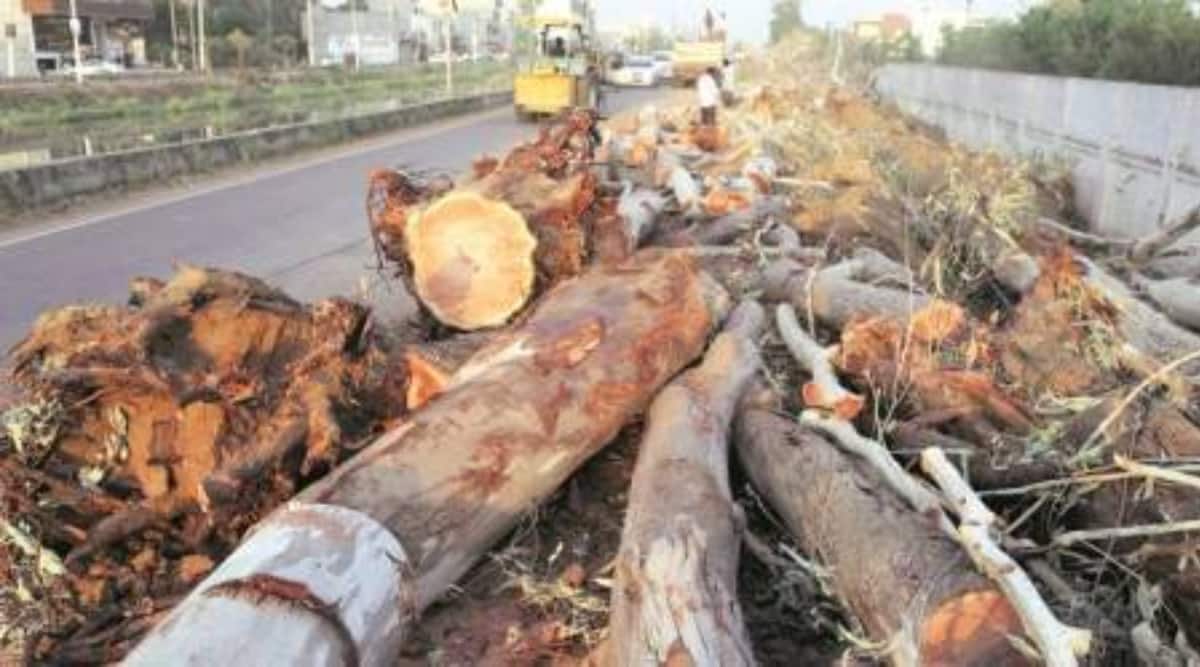 It is high time that Environmental Crimes draw our full attention. In fact, we need to first understand our environment in a holistic fashion and then carve out the areas of concern areas where awareness as well as deterrence, both the options should be explored well to check further deterioration of the very elemental base of our survival. The rise in temperatures, displacements of weather patterns, emergence of new extremities or calamities of nature, increasing pollution levels, unfavorable changes in biodiversity that sustains us need our increasing attention.All these have their roots in the type of developmental initiatives human beings have adopted over a period of time; life styles that have not proven to be eco-friendly and the negative spillover effects of affluence of a few over the lesser privileged who are struggling even for their basic survival.

In the list of structured crimes as per UN rating, environmental crimes have been the fourth largest in terms of illicit trade in wildlife, timber, fisheries, hazardous waste and ozone depleting substances; Drug trafficking, Arms trafficking & Human trafficking being the first three. The Indian Environment Protection Act also lays emphasis on water, air and land on one hand and living creatures, plants and micro-organism on the other. In fact, there are diverse enactments such as Noise Pollution Act, Cigarette & Tobacco Products Act, Air & Water (prevention & control of pollution) Act, Energy Conservation Act, National Green Tribunal Act, Bio Diversity Act, Wildlife Protection act and series of Forest related acts. Though the environment related offences have increased by more that 50-60 percent per annum in the past few years, the level of awareness as well as the cognizance by authorities to ensure their non-recurrence has been still far below the required level. We still need to cover a long way. Even if we go by figures of air pollution, source wise, 51% pollution is generated by industries, 27% by vehicles and the rest by various activities in the modern human habitat. Thus, it is evident that on one hand we have been weakening the intrinsic features that sustain a robust environment for us, on the other hand the human activities in its various facets have been aggravating the pollution levels in proportions beyond the self-rectifying capacity of Nature in its holistic format. One of the glaring examples of the challenges to sustainability of the environment in the past has been the policy of commercial exploitation of forests and wild life before the alarm was raised. When checked, they then managed to wiggle their way into smuggling poaching activities, given the huge margins in the illegal global market. Similarly, the use of fossil fuel for energy requirements and lack of alternate energy options or technologies that would be energy efficient has been the example of the human-led aggravating factors.

In the Indian context, we are not only the signatories to various international conventions over a period of time, it is pertinent to underscore that our constitution itself includes environmental protection as a core duty under article 51(A). Taking cognizance of the right to environment as a fundamental right, courts have pronounced judgements making ‘Precautionary Principle’ & ‘Polluter Pays Principle’ as essential features of ‘sustainable development’.

Though the legal protocols have been drawn out, it is pertinent to observe that offences carry a very light fine. The only deterrence is confiscation of instrumentalism of crime i.e., vehicle etc. As gradually we realized that mere enactments were not enough, special bodies such as WildLife Crime Control Bureau, National Green Tribunal, and Pollution Control Boards were created to oversee the enforcement. Environmental crimes still being low risk and high profit ventures, their perpetrators flourish. Most of them are complaint cases and no direct cognizance is taken. Its irony lies in the fact that there is actually a trial before the trial. Out of 60,000 plus cases registered in 2019-20 alone, no headway worth being mentioned has come to fore. No big syndicate has been unearthed. Conviction rate in substantive cases has been around 3% only. Further, investigation capacities are limited and forensic support is also inadequate.

Since international operatives are involved, the problem of Mutual Legal AssistanceTreaties not being in place make the situation more pitiable. With fast globalization and ease of communication, various other syndicates have merged together to exploit the situation through local criminal networks.  UNODC led research work clearly underlines such a nexus that also indulges in smuggling of ozone depleting substances. Hence, international cooperation, intelligence led operations and assistance of National level forensic facilities hold the key to success.Enforcement agencies need to coordinate well professionally in order to nab the international syndicates and neutralize their linkages.Similarly, neo investigative skills and forensic appreciation, given the varied scientific & behavioral developments, need to be pushed ahead appropriately in all the distinct sub-domains. The task is monumental yet doable.

The way the issues of environmental crimes have emerged over a period of time, we require diplomatic efforts at global level in bringing all the countries on the same page through international bodies and evolving of common protocols. There is also a need to create better funding options by developed nations for facilitating the developing countries for a changeover, which would otherwise be very difficult as many of them are still striving to make ends meet.

On the domestic front, the multiplicity of laws now requires integration. Else, all agencies will keep doing their bit within their given domains and miss the sight of the elephant in the room. I recall a typical case in a set up where post-incidence I had gone as the advisor.More than half a dozen departments had dealt with that case in which a water body was destroyed while constructing a cricket stadium. Consequently, all departments complied with their individual domain-obligations. Unfortunately, none took a holistic view of the lake’s revival or its sustenance thereafter. Hence, we must evolve a cohesive coordination mechanism.

However, everything cannot be controlled by law. Like anti-smoking campaigns, we need to take up awareness drives to ignite community-consciousness toward environmental protection too. Whereas policy makers need to strategize ways & means at the macro level to keep air, water and earth clean & green, in terms of technologies, waste management, carbon harvesting etc.; at the micro level people need to learn how to minimize the carbon footprints. The habit of being minimalist, using public transport or electric vehicles, saving on use of electricity, creating green covers etc. are some of the important examples in this respect.

Since environmental distortions lead to disasters and related life issues, we need to harness our response capacities in multiple core-areas. Deaths due to environmental degradation have been 12 million plus globally, and 3 million plus in India alone. Over 30% of the diseases are attributed to the pollution of varied kinds. Besides these domains, a great amount of research & development is also needed to restore the biodiversity imbalances and evolve neo equilibriums to manage micro-organisms in a more fruitful way. The human intervention with half-baked knowledge has led to such imbalances that we now find difficult to restore. The change in temperature upwardly from 1.5 to 3 degree, as expected, will lead to a holocaust beyond everybody’s control.

Nature will anyways restore its balance even at the cost of human lives and habitats.Someone lightheartedly mentioned that everything would be alright on Mother Earth if only we were to take away the human being. And he was really not far removed from the truth. We need to mend our ways individually as well as collectively.

(The author is Patron, Lung Care Foundation. He is former IPS, Advisor to Lt Governor PY; DG CRPF; DG BPR&D. Views expressed are personal and do not reflect the official position or policy of TheSpuzz Online. Reproducing this content without permission is prohibited)