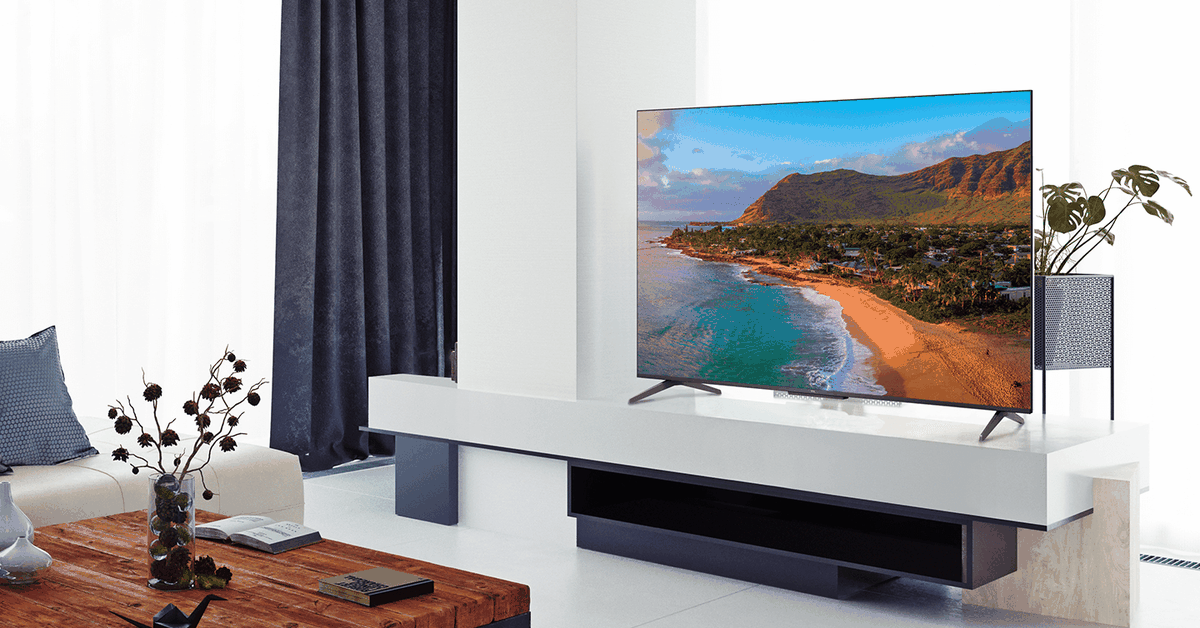 With the recent announcement of Amazon Prime Day returning on July 12th and 13th, you may think the best deals on things like TVs are yet to come. While there’s sure to be some great discounts to take advantage of, we’ve got some ready for you in the here and now.

Today, you can get the best price to date on the 65-inch TCL 5-Series TV, which is marked down to $549.99 at Amazon and Best Buy. This model comes equipped with Google TV for all your streaming needs, slightly bucking the trend of TCL sets shipping with Roku’s software — though that version is also discounted the same $150 off if you prefer. Normally priced at $699.99, the TCL 5-Series offers a lot of value at its full price, including Dolby Atmos and Dolby Vision support. Google Assistant voice controls are also built into the Google TV version, though if you’re not keen on your TV having microphones listening for that key phrase, there’s a physical switch on the back to turn it off. Ultimately, at $549.99, this is a lot of TV for the money, undercutting its fancier Mini LED 6-Series cousin by nearly half.

If you’re in need of a tablet for a child, and you apparently consider your kid “pro” enough, Amazon’s Fire 7 Kids Pro is half-price right now at Best Buy and Amazon. The small tablet normally runs for $99.99, but you can get it in one of four colors / designs for $49.99. You’re not paying a whole lot for the tech, but in one small way, you’re paying with some inconvenience — this tablet from 2019 uses a Micro USB port. The newer Fire 8 and Fire 10 Kids tablets were more recently upgraded with USB-C, newer processors, and more RAM, but this price undercuts all of them. And like other Amazon Kids devices, it comes in a resilient case and has a two-year warranty to cover accidental damage.

This seven-inch tablet is geared towards kids ages six and up, with a reinforced case to protect from drops and a two-year warranty the covers accidental damage. It has a Micro USB port and 16GB of built-in storage, expandable to 512GB via microSD.

It’s that time again. Drop is once again offering its buy one, get one deal for MT3 profile keycaps. If you pick out two qualifying sets from Drop’s landing page and use promo code MT3BOGOSUMMER at checkout, the second set will be free. There are many repeat designs on offer, like Dasher and Cyber but also some fresh faces from the Lord of the Rings collection and Godspeed from designer MiTo. The latter of those are made from PBT, while most other sets here are constructed from double-shot ABS. These BOGO deals are a great time to stock up if you have multiple mechanical keyboards or even create a custom setup by combining two sets into one unique amalgamation. You have until June 20th at 11:59PM PT to make your decision and get creative, though be aware that some sets may not ship immediately (look for the “ready to ship” note under the Add to Cart button).

Drop MT3 keycaps buy one, get one free promo

MT3 keycap designs feature a heavily scooped spherical top for your fingers to rest in as you type. These colorful sets are meant for Cherry-style keyboard switches. Drop is offering buy one, get one free when you use code MT3BOGOSUMMER until 11:59PM PT / 2:59AM ET on June 20th.

Amazon is running a deal of the day price on a two-pack of its Eero Pro 6 mesh Wi-fi routers. You can get the two routers for $319, a savings of $80 off the regular price. This deal usually comes around every month or so, and while it’s possible, it might drop lower in just under a month for Prime Day the lowest we’ve ever seen was $299 around the holidays for the same combo.

There’s a newer model of Eero routers now available, though it costs $499 for a similar two-pack. It’s nice to be future-proof, but that’s a bit of a tough pill to swallow. In the meantime, these last-gen Eero Pro 6 routers can cover a home of up to 3,500 square feet and get up to gigabit speeds, as well as support for Wi-Fi 6. They’re compact and easy to set up, with great coverage. Two of these routers should be enough for most average-sized houses unless you have a particularly tricky layout or very thick walls. Read our review.

The Eero 6 Pro mesh router is designed to fill up to 3,500 square foot homes with fast (up to one gigabit) internet connections. It supports the Wi-Fi 6 protocol as well as Zigbee connections for smart home devices.

More deals for the best day of the week: