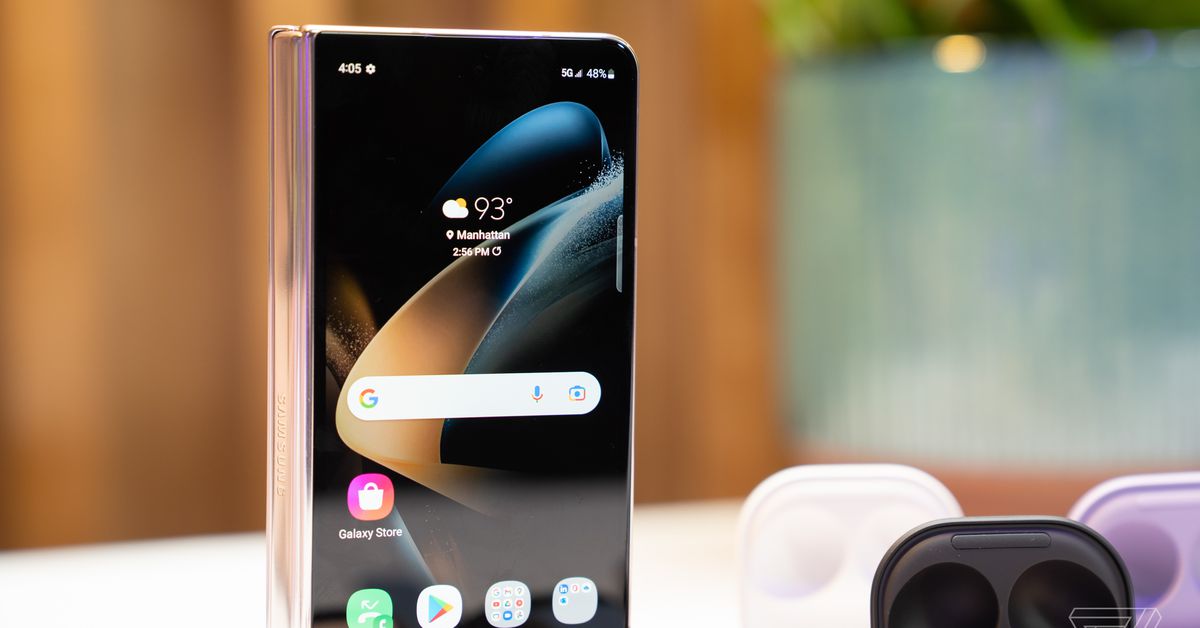 Folding phones seem, intuitively, like a great idea. Phones are good! Tablets are good! Put them both together, fold it in half, and presto: you’ve made the best of both worlds. Credit to Samsung, too, for willingly subjecting itself to all the growing pains of figuring out how to make a good foldable phone. Last year’s Galaxy Z Fold 3 was a good foldable, and the new Z Fold 4 looks to be even better, if ever so slightly. (I have lots of thoughts about the new era of flip phones, like the Z Flip 4, but we’ll save those for another day.)

What Samsung hasn’t done — what no one has done yet, really — is make the case for why you’d actually want a foldable phone. And until it can explain why it’s worth all the extra cost and tradeoffs, I’m having a hard time figuring out why you’d be willing to give up the phone you know and love to get one.

What Samsung needs to do with the Galaxy Fold (and the rest of the industry will eventually need to do with their own foldables) is convince people that it’s worth buying a phone that’s more expensive, more fragile, and takes up more room in your pocket.

Right now, the worst thing about foldables is that they force you to make significant sacrifices on the most important device you own: your smartphone. The new Fold 4 is a little shorter, about an ounce heavier, and about twice as thick as the Galaxy S22 Ultra. It’s also $600 more expensive. The Ultra has a bigger battery, better camera specs, and a 6.8-inch screen that supports an S Pen. The Fold 4, when opened, is noticeably larger, but the candy bar phones still get plenty big. And Fold makes a lot of sacrifices for some more real estate.

It’s not even clear to me that Samsung knows why you should make all of those sacrifices. On its website, one of the first selling points the company offers is that you can prop up the screen on a table by opening it halfway for watching or taking videos hands-free. Here in reality, we call that a kickstand, and this is an awfully expensive one. In this mode, you’re also only using half the screen, which sort of defeats the whole purpose.

So far, multitasking seems to be the foldable’s one actual advantage

So far, multitasking seems to be the foldable’s one actual advantage. Open up your Galaxy Fold, and you can run two apps side by side or even three or four on the screen at once! This, I agree, is a delightful thing. Being able to use my browser and my notes app side by side or see my calendar and my email together is much better than constantly swiping between two full-screen apps. And seeing two pages at a time in the Kindle app is the best. And you know what? Big screens are just good — good for games, good for reading, good for watching Netflix.

But these aren’t just arguments for foldables; they’re arguments for tablets. And so far, the arguments for Android tablets don’t seem to be convincing many users. While Android has gotten better as a large-screen operating system, and the Fold 4’s software being based on Android 12L is a good sign, too many apps that are “optimized” for foldables are actually just sticking a giant sidebar onto one side, which doesn’t accomplish much. Others just streeeetch everything to fit the larger screen. Don’t even get me started on how the vast majority of apps deal with Microsoft’s approach of two separate screens attached with a hinge.

Samsung has done an admirable job of wrangling all of Android’s weirdness onto the Fold’s screen, and in general, it’s not that the Fold doesn’t work; it’s that there’s nothing about the Fold that is dramatically better than the phone or tablet you might already be carrying around. And shoving them into a single device actually makes them both a little worse.

Over the years, I have been taken in by a number of attempts to make a device that can be and do everything. There were the modular devices, such as Google’s Project Ara and the Asus PadFone. There were the extensible phones from Essential and Motorola and others. In every case, they ended up being mediocre versions of everything that somehow added up to less than the sum of their parts. Right now, foldables are stuck in the same place: big, unwieldy, expensive phones that unfurl into small tablets that die — both in terms of battery life and durability — too quickly.

The other approach to the many-screened future is to try and build the best version of every device, let users choose which they want to use at any given time, and make sure their software, settings, and data flow seamlessly around the ecosystem. This is, roughly, the Apple approach: it will happily sell you a Mac, an iPad, and an iPhone based on the idea that they’re all for different things and then use iCloud and the App Store to make everything work across those devices. It might end up more expensive — though you can buy an iPhone 13 and an iPad Mini for less than the Fold 4 — but it comes with fewer tradeoffs.

Still, I say all this and yet can’t help myself: I want the tweener devices to work. I want a touchscreen Mac, and I want a foldable phone that is actually both a great phone and a great tablet. It would mean fewer things to charge, fewer things to update, and fewer things to carry around. But I’m not going to downgrade my phone just to get a half-decent tablet attached, and that still feels like the state of the foldable.