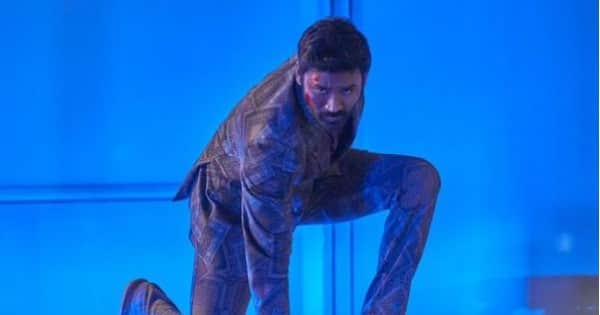 Dhanush, who has been ruling the silver screens for the past many years, will next be seen in the international film The Gray Man. The movie is directed by Russo Brothers, Anthony Russo and Joe Russo, and also stars Ryan Gosling, Chris Evans, and Ana de Armas in the lead roles. The Gray Man, which will premiere on Netflix in July this year, is based on the 2009 novel of the same name by Mark Greaney. Well, fans of Dhanush are excited to watch him in the film, and recently, the actor took to Twitter to share his first look. – Runway 34 star Ajay Devgn finally reveals daughter Nysa Devgn’s Bollywood debut plans – deets here

He tweeted, “The gray man #TheGrayMan @NetflixFilm July 22nd on Netflix @Russo_Brothers.” Russo Brothers also took to Twitter to share the first look of other actors from the film. They tweeted, “Just gonna leave these here… #TheGrayMan drops July 22 on @NetflixFilm.” – Gangubai Kathiawadi, Never Kiss Your Best Friend 2 and more new OTT releases of the week you can binge watch

Mr.D next level to going
Kollywood to Hollywood
The growth???#TheGrayMan @dhanushkraja https://t.co/sH4FbEM4S9

Apart from The Gray Man, Dhanush will be seen in movies like Thiruchitrambalam, Naane Varuven, and the bilingual film Vaathi (Sir in Telugu). The actor was last seen in Maaran which was premiered on Disney+ Hotstar. The movie received mixed reviews from the critics but Dhanush’s performance in it was appreciated. It was Dhanush’s second film in a row to release on Disney+ Hotstar. Before Maaran, Atrangi Re had premiered on the OTT platform. Aanand L Rai’s directorial marked Dhanush’s comeback in Bollywood after six years. The movie also starred Sara Ali Khan and Akshay Kumar.