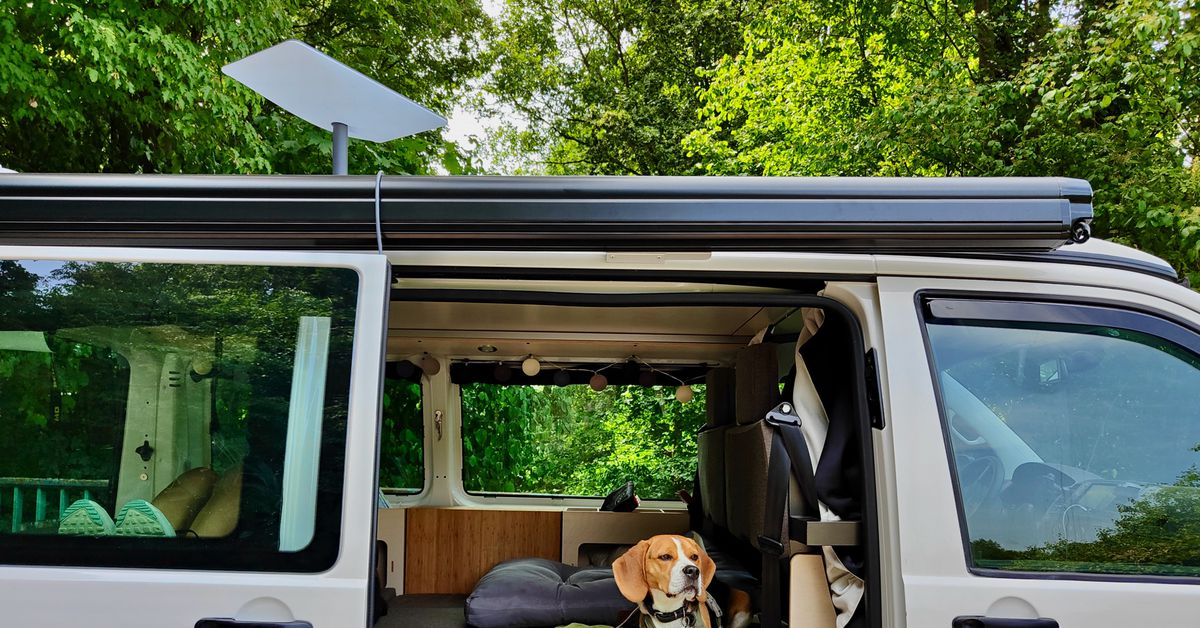 Today, the Federal Communications Commission (FCC) granted SpaceX authorization to use its Starlink satellite internet system on vehicles in motion — including cars, trucks, boats, and aircraft. It’s a big win for SpaceX’s Starlink system, potentially opening up the service to a more diverse range of use cases and customers.

SpaceX requested regulatory approval from the FCC in March of last year to allow Earth Stations in Motion (ESIM) Starlink terminals to be used in moving vehicles. To tap into the system and receive broadband internet coverage, customers must purchase a personal ground-based antenna, or user terminal, that is designed to connect with any orbiting Starlink satellites that happen to be overhead. Up until now, those dishes have had to remain in a fixed location in order to access the system.

Now, the FCC has granted SpaceX’s request — as well as one from another satellite company, Kepler Communications — paving the way for a new class of user terminals that can connect to broadband-beaming satellites while on the move. While doing so, the FCC chose to deny a petition from Dish Network that sought to prevent the companies from using frequency in the 12GHz band. However, the FCC will continue to conduct analysis as it moves forward with rulemaking on the presence of ESIM devices in the 12GHz band and said Kepler and SpaceX will be subject to any future rules it sets.

The FCC argues that approving the new capability is in the public’s interest. “We agree with SpaceX and Kepler that the public interest would benefit by granting with conditions their applications,” the FCC wrote in its authorization, dated June 30th. “Authorizing a new class of terminals for SpaceX’s satellite system will expand the range of broadband capabilities to meet the growing user demands that now require connectivity while on the move, whether driving an RV across the country, moving a freighter from Europe to a U.S. port, or while on a domestic or international flight.”

Starlink is SpaceX’s ambitious initiative to launch a constellation of thousands of satellites into low- to medium-Earth orbit in order to provide low-latency broadband coverage to the Earth below. The company has more than 2,400 satellites in orbit so far, and after coming out of beta testing near the end of last year, the company recently boasted that it had 400,000 users. Customers who want to order Starlink must purchase the kit — which comes with a user terminal — for $599 and then pay a monthly fee of $110.

SpaceX has made it clear that it wants to expand Starlink beyond just residential customer use, though. The company has been negotiating with various airlines about using Starlink internet service and has deals with Hawaiian Airlines and private jet service JSX to start providing internet connectivity on their aircraft over the next couple of years. Additionally, Starlink just rolled out a new special service tier for RVs, allowing users to connect with Starlink satellites from multiple locations like campsites or vacation cabins, with no assigned “home” address for an extra fee. Though, at the time of the announcement, subscribers could not use the dishes while their RVs or vans were moving.