The EV revolution’s next big roadblock: access to chargers 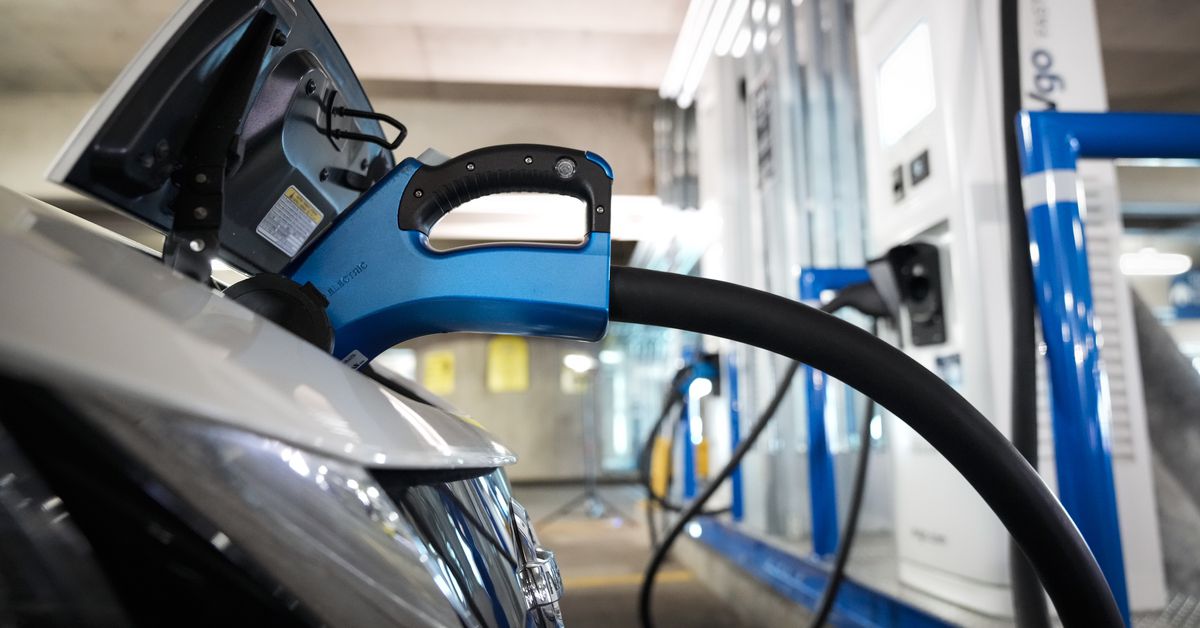 Electric vehicles are set to play a critical role in our clean energy future, but in order for everyone to reap the benefits of EVs, they’ll need access to chargers. While the Build Back Better bill suffered a major setback over the weekend that could mean significantly less funding for the transition to electric vehicles, there’s still hope that the bipartisan infrastructure law passed in November could bring EV charging infrastructure to places that have been left out until now.

That could make it easier for drivers from marginalized communities to switch to electric vehicles, while also cleaning up the air in their neighborhoods.

The way charging stations are spread out now is neither equitable nor convenient for many low-income communities and neighborhoods of color, experts tell The Verge. Across the country, the places with the most access to chargers tend to be wealthier and whiter. That’s something the Biden administration could go a long way toward remedying, experts say, as long as it heeds advice that comes directly from those communities. Otherwise, existing disparities could get worse as policymakers hasten efforts to transition to electric vehicles.

“There’s probably not a city that you could look at and say that there is a proliferation of charging infrastructure in these underrepresented communities because the strategy was: let’s place charging infrastructure where EV vehicle registration is,” says Terry Travis, managing partner and co-founder of EVNoire, a consulting group that works toward more diversity and equity in the industry. The profile of an average EV driver, Travis says, is still a white guy who lives in the suburbs.

With the price tag for an EV expected to become comparable with gas-powered cars this decade, that could soon change. After EV costs come down, access to charging will be the next biggest hurdle when it comes to replacing gas-powered cars. Today, many EV owners choose to charge up at home in a garage or driveway, but as EV adoption expands beyond individual homeowners to those who rent or live in apartment buildings, public charging infrastructure will become more important. There are only around 46,000 public charging stations across the country, and very few of them are fast charging stations that can juice up cars in under an hour. The country will need more than 100,000 fast charging stations by the end of the decade, according to one analysis.

The country will need more than 100,000 fast charging stations

In California, which leads the nation in EV adoption, there’s been an uneven rollout of charging stations based on race and income. Census blocks in the state with majority Black and Hispanic residents were “significantly less” likely to have access to a charging station in their area compared to the rest of the state in 2019, according to research published this year. The same was true for neighborhoods with incomes lower than the median for the state.

“The part that really surprised me [was] learning that the public funded infrastructure somehow is distributed in a less equitable way” than privately funded charging stations, says Chih-Wei Hsu, who led the study as a researcher at Humboldt State University. This disparity is probably the result of the state not being as thoughtful at the onset about how it designed its programs for funding charging stations, Hsu says. It’s a pitfall the Biden administration will need to avoid now that it’s trying to build out a national charging network.

The newly adopted infrastructure law includes $7.5 billion for EV charging infrastructure. That includes $5 billion for states and another $2.5 billion for grants prioritizing rural and “disadvantaged” communities. The goal is to build out a network of 500,000 charging stations across the country that is both “convenient and equitable,” according to the White House.

The administration revealed more detailed plans for charging infrastructure last week when it set up a Joint Office of Energy and Transportation. The administration committed to getting input from “diverse” stakeholders on how to improve the nation’s charging infrastructure. At early meetings, according to the plan, they’ll discuss environmental justice and civil rights as well as partnerships with local governments and tribes.

Saving seats at the table for grassroots advocates will be key to making sure marginalized groups don’t continue to get left out, experts tell The Verge. People from marginalized communities will know where to put charging stations that will be the most useful. It can come down to super granular factors like knowing which grocery stores underserved groups are more likely to visit. “When I go to Whole Foods, there’s always a charger,” Hsu says of the organic grocery store. “The clientele at Whole Foods is very different than say, [the supermarket] Vons.”

By early next year, the Biden administration plans to issue guidance to states and cities on how to set up charging stations. “This guidance will look at where we already have EV charging and where we need—or will need—more of it. It will focus on the needs of disadvantaged and rural communities,” the White House plan says. The Federal Highway Commission is also taking public comment through January to inform its guidance on charging infrastructure deployment.

The biggest investment in climate solutions in the US yet was supposed to come through Democrats’ massive budget reconciliation bill. Iterations of it included billions more to install charging stations, including in “multi-unit housing structures” and “underserved areas.” But West Virginia Sen. Joe Manchin has all but strangled that bill to death. Manchin negotiated to cut down climate provisions on behalf of his state’s fossil fuel industry, before saying over the weekend that he’ll block the bill by withholding his tie-breaking vote. That means even more is riding on the implementation of the infrastructure bill that Congress did manage to pass this year.

Policies that help underserved communities transition to EVs could address another environmental injustice, too: air pollution. In addition to being responsible for nearly a quarter of US greenhouse gas emissions, cars are a big source of pollutants like particulate matter, which disproportionately affect Americans of color. A 2019 study found that White residents are exposed to 17 percent less air pollution than their individual actions trigger. Meanwhile, Black and Hispanic people in the US are burdened with about 60 percent more pollutants, on average, than they cause.

“When we think about who these cars are impacting the most, and who emissions are impacting the most: it’s people in my community,” says Kameale Terry, who lives in South Central Los Angeles, a neighborhood with large Hispanic and Black communities. “And we’re not dumb people. We know that these things are health issues, and we want to be a part of the solution.”

Terry co-founded an app called ChargerHelp! that provides on-demand repair services for electric vehicle charging stations. One problem she sees through her business is a lack of working charging stations in her neighborhood. Popular places for people to gather, like churches and small businesses, might have gotten initial public funding for a charging station but might not always have the funds to keep it in good condition, she says. Unless the Biden administration starts proactively planning for charger maintenance and repairs, Terry worries that this problem will replicate itself at a national scale.

“What we’re seeing today is that there was no type of operations and maintenance money allocated, and we’re seeing the same thing — really it’s a little bit scary — with the infrastructure bill,” she says. ChargerHelp! trains and hires people, many from Terry’s neighborhood, to fix up charging stations for the companies that manufacture and operate them.

Advocates for cleaner transportation also say that the buck can’t stop with electric vehicles alone. Healthier air and a safer climate will still rely on investment in public transportation. “While expanding EV charging stations is important, the ultimate goal should be to reduce emissions and vehicle miles traveled,” Kevin Garcia, transportation planner for New York City Environmental Justice Alliance, says in an email to The Verge.

For folks who live in transit deserts without adequate charging infrastructure or even subway stations nearby, climate and equity solutions boil down to more options for everyone.