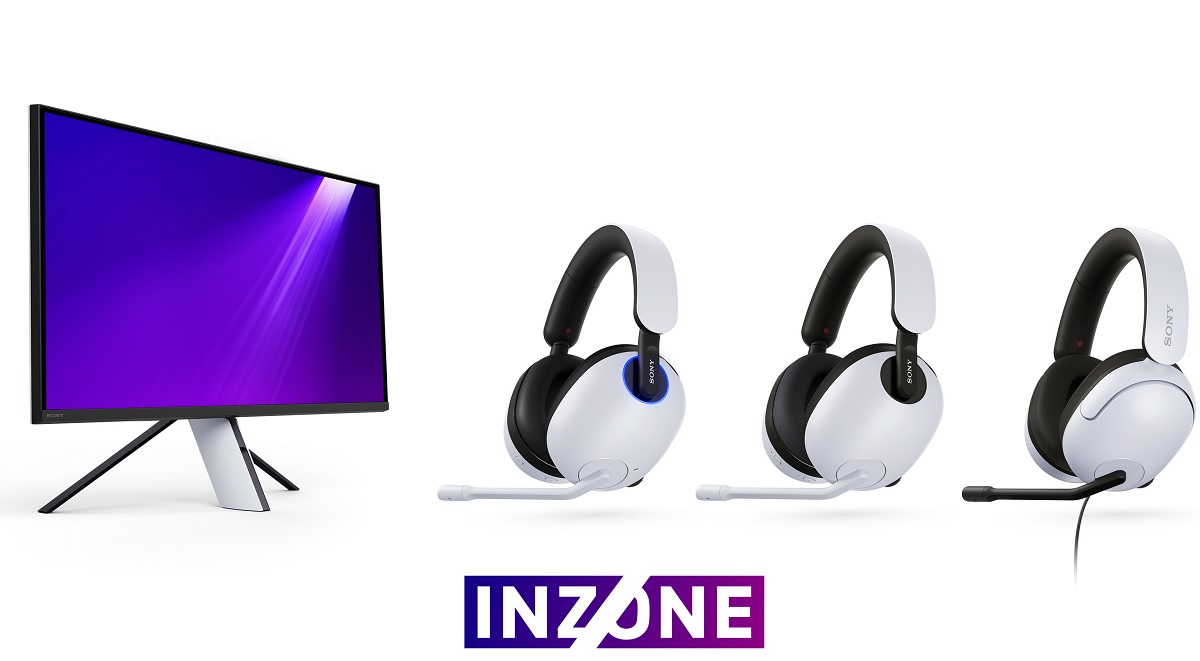 Sony Electronics unveiled a new family of InZone gaming monitors and gaming headsets for both PCs and PlayStation 5s.

The InZone is a new brand that Sony is launching for gaming peripherals. It’s separate from PlayStation in that its developed by Sony Electronics with a primary focus on PC gamers.

But these new products also have features targeted at PS5 users. Still, the InZone brand will be primarily targeted at PC gamers. Sony noted that tthe gaming market has bee growing at a fast rate and market researcher Omdia expects it to grow at a steady clip through 2023.

The monitors will focus on fast-paced first-person shooter games. Sony unveiled the InZone M9, a monitor with a 27-inch diagonal screen and 4K resolution running at 144 Hz. It has IPS 1ms GtG (grey to grey), variable refresh rate, or VRR, (HDMI 2.1) and it is G-Sync compatible. It also has some unique features for the PS5 including Auto KVM switch/USB-C (DP Alt Mode). It will sell for $899 and debut this summer.

Sony also has a 27-inch full HD monitor dubbed the InZone M3. It runs at 240 Hz. It also has IPS 1ms GtG, VRR, and it is G-Sync compatible. And it has the same PS5 features. It will sell for $529 and arrive this winter. Both monitors support HDR.

The monitors also have full array local dimming, where light goes where it’s needed so you see more depth in shadow and highlights. The idea is that you’ll be able to spot enemies lurking in the dark and uncover objects in brightness with more clarity.

On the M9, the display is DisplayHDR certified at a brightness of 600 nits.

As for the controls, Sony said the PC Software InZone Hub will help layers quickly and easily adjust monitor settings with just a few clicks of the mouse using the PC software for OSD menu control.

You can assign specific picture mode and sound profiles of the headset to individual PC applications such as a game. You can control brightness and contrast for FPS game picture mode and track the elapsed game time or show how smoothly the game is running with a frame rate counter.

As for the PS5, the console automatically recognizes InZone monitors during setup and optimizes HDR settings so in high contrast scenes you can see details and colors in the brightest and darkest parts of the screen.

InZone gaming monitors switch automatically into Game1 mode when gaming. That minimizes input lag to make the action more responsive. You can use cinema mode when watching movies via a streaming service or from a Blu-ray disc on the PS5, which shifts focus to picture processing for a more expressive picture.

Sony alsh has three new gaming headphones. They include the H9 for $300 with digital noise canceling, soft fit leather, and wireless and Bluetooth settings. It has 32 hours of battery life and a wireless USB adapter.

All three of the headsets have personalized spatial sound fields and comfortable wearability. The headphones are designed for precise detection of spatial sond, so you can hear enemies walking behind you in a game.

Sony said its 360 Spatial Sound Personalizer can analyze the shape of your ears and adapt the 3D sound for you. The headsets have cushions at the top of the band so that it feels nice on your head as well as your ears. The hope is to get you gaming for hours at a time.

with the headsets, you can also do smartphone calls, voice chat, and listen to music while you are playing games. For PS5, it works with the Tempest 3D audio tech.