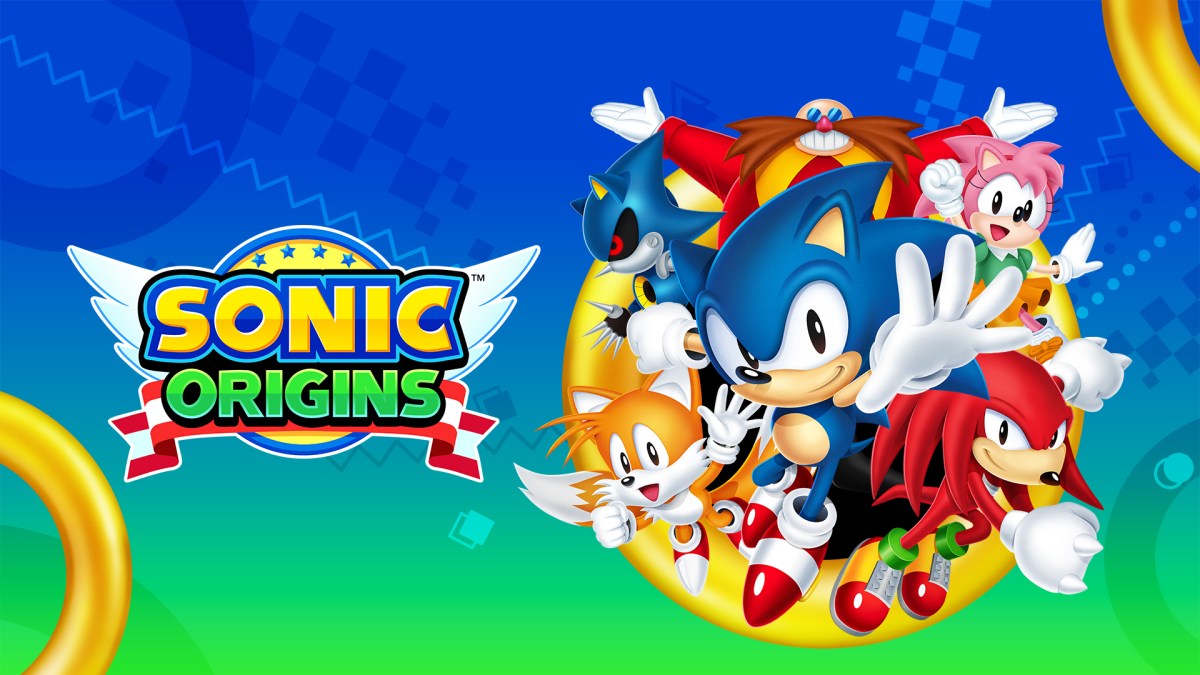 I grew up on the original Sonic games. I liked them then. I like them now.

I’ve also enjoyed them in the various collections that Sega has released over the years, going back to Sonic Jam on the Saturn and the Mega Collection for the PlayStation 2, GameCube, and Xbox.

So, yeah, we’ve had plenty of Sonic compilations before. But Origins — out on June 23 for PlayStation 5, Xbox Series X/S, Switch, PlayStation 4, Xbox One, and PC — still feels specials.

Origins includes the first Sonic the Hedgehog, Sonic CD, Sonic the Hedgehog 2, and Sonic 3 and Kunckles. You get both “original” versions of these games in the classic 4:3 aspect ratio, but you can also play “anniversary” versions of each game that display in widescreen, give Sonic his drop-dash ability from Sonic Mania and get rid of lives, meaning no more game overs.

Instead of extra lives, you can collect coins that give you extra attempts at each game’s bonus levels. This makes it easier and less frustrating to collect all of those Chaos Emeralds. It’s a smart switch.

So these are definitive versions of these games then, right? Maybe! I have encountered a few bugs. Notably, Tails often get stuck offscreen when I’m playing Sonic 2. Instead of flying back to me, he just keeps jumping against a wall. I know he’s jumping because I can hear that sound effect repeat on loop until I mercifully end the level. This happened to me more often than not. It’s not a game-breaking bug, but it is annoying.

Sega also replaced a few of the music tracks from Sonic 3 and Knuckles — presumably ones that Michael Jackson secretly worked on — with new songs. This only impacts a few levels, but it does mean the erasure of some good songs like IceCap Zone’s theme. The replacement tunes are OK, but it’ll make for a jarring change for many. It doesn’t bother me much, and this is just for a few levels, but it does stand out if you grew up with Sonic 3.

Origins also offers a “story” mode, which has you play through all four games sequentially. The compilation even includes new, adorable animated cutscenes that help better connect the titles narratively.

I love the idea of turning these four into one big game. After my first go at “story mode”, I’m more likely to just play each title individually, but it makes for a fun way to explore these remasters for your first playthroughs.

These games look great and play better than they ever have in HD. But what else do you get? As far as extras, not a ton. You do get a small museum mode, a boss rush, and some bonus missions. But compared to, say, the 3D explorable world with its multiple media museums from Sonic Jam, it’s a bit bare.

But, hey, I’m not really here for bonuses. I’m here for those four games. And a few oddities aside, these are fantastic remasters. Even if you’re a Sonic fan who already owns these games in other compilations, Origins is worth it.

Sonic Origins is out on June 23 for PlayStation 5, Xbox Series X/S, Switch, PlayStation 4, Xbox One, and PC. Sega gave us a PS5 code for this review.