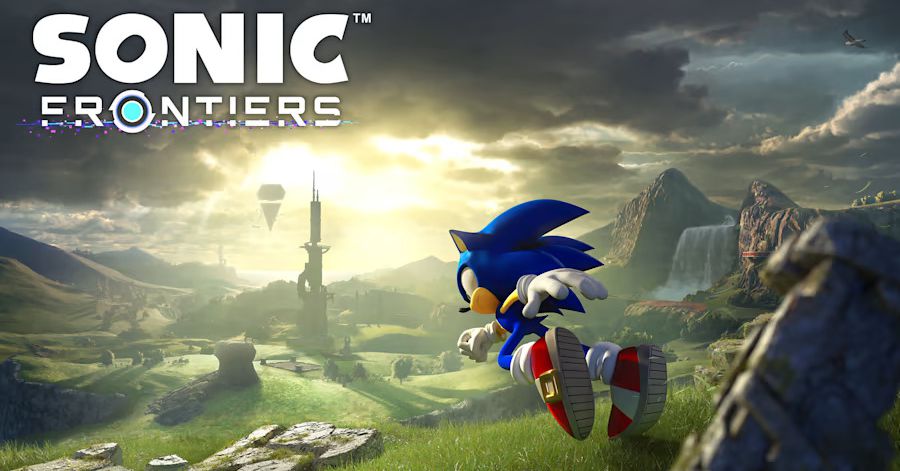 When Sonic Frontiers debuted the first little bits of gameplay, fans immediately drew comparisons to Breath of the Wild. It wasn’t hard to do. We were shown Sonic racing through realistic, natural-looking environments, exploring great stone artifacts that dotted the landscape. There was no timer, no counter ticking up the number of rings acquired, just Sonic and a seemingly open world.

And while Sonic Frontiers’ creative officer Takashi Iizuka understood why, to some fans, the game looks like Sega’s late-hour attempt to replicate BOTW’s success, it’s actually nothing like that. “We’re starting a design perspective that is totally different from what other open-world games are,” Iizuka said to me through a translator at Summer Game Fest earlier this month. “We don’t see ourselves as an open-world game.”

Iizuka told me that the idea for Frontiers came after Sonic Forces shipped in 2017. For 10 years, he said, 3D Sonic games had fallen into a distinct pattern and that the team was “at the limit of what they can create that’s going to excite the fans.” For Frontiers, they decided to revisit an idea they had but couldn’t execute with the technology at the time, a kind of “open zone” concept in which Sonic would not be bound by a track or a forced perspective typical to his games at that point.

“We tried to expand on the 3D platform action gameplay from previous games in the Sonic series,” he said, “and take from that linear, traditional format and expand upon it to make it a platform action game across this huge expanse of 3D environments.”

We don’t see ourselves as an open world game.

In my hands-on with the Sonic Frontiers demo, I could see that vision. While I don’t necessarily agree that Frontiers isn’t an open-world game — it still speaks the same open-world language of “if you see it, you can go there” — I get why Iizuka doesn’t think so. Frontiers is a platformer like any other Sonic game, but now that platforming isn’t bound by a discrete track you can select from a menu screen like in Sonic games past. It’s up to you to discover the platforming sections through the exploration of the world. And with the variety of new moves in Sonic’s kit, how you journey through the world is as varied as the kinds of puzzles you can find.

Taking Sonic’s wall climb or homing attack and removing it from an on-rails obstacle course to a more open world breathed new life into what’s been Sonic’s standard formula for a decade now. Previous Sonic games put you at a starting line and guided you toward the finish. It presented the platforming sections to you in sequence, requiring no more thought than a button press. I really enjoyed the way Frontiers inverted that formula by presenting me with a finish line — like some collectible in an otherwise inaccessible place — and requiring me to work backward to figure out how to get there. Instead of giving me a stage to run through, I can, essentially, create one out of the landscape itself.

But all that puzzle-solving, while a fun and intriguing new formula for Sonic, is, however, regrettably slow. A core component of Sonic’s appeal, whether 2D or 3D, is “gotta go fast.” Fortunately, Iizuka and his team added a bit of the old with the new. As Sonic works his way through the mystery of the island he’s trapped on, he unlocks portals to Cyber Space. In Cyber Space, Sonic Frontiers abandons the slow, puzzle-platforming of the open zone environment in favor of some good, old-fashioned on-rails Sonic speed running.

Just about any Sonic fan will tell you that Sonic Unleashed is reviled except for its daytime levels. The Cyber Space levels in Frontiers feel like the daytime stages of Sonic Unleashed. Finish the stage while completing challenges like “beat the stage in X minutes,” and Sonic will be rewarded with items he needs to progress.

Though I’ve only been able to play a demo that was about 25 minutes long, I feel that Sonic Frontiers can do for 3D Sonic games what Sonic Mania did for the 2D ones. The open zones with the in-depth puzzle platforming and the monster battles that require Sonic to fight harder and more strategically than simply unleashing a couple of homing attacks bring to the franchise the exact kind of novelty Iizuka and his team were looking for. The Cyber Space levels, meanwhile, incorporate the older, established style of gameplay fans continue to enjoy.

Iizuka is aware of the criticisms surrounding these first looks at Frontiers. The game does look unfinished and sparse, but he’s hopeful that when fans finally get their hands on the game, they’ll see the vision that I do.

“When people sit down and play the game, they’ll understand that it has all the Sonic essence in there,” he said. “As you’re playing the game, it will feel mysterious and maybe like there’s nothing here. But as you start exploring, you’re gonna find things and have things happen that will bring you on this adventure. Hopefully, people play that experience and really enjoy it.”