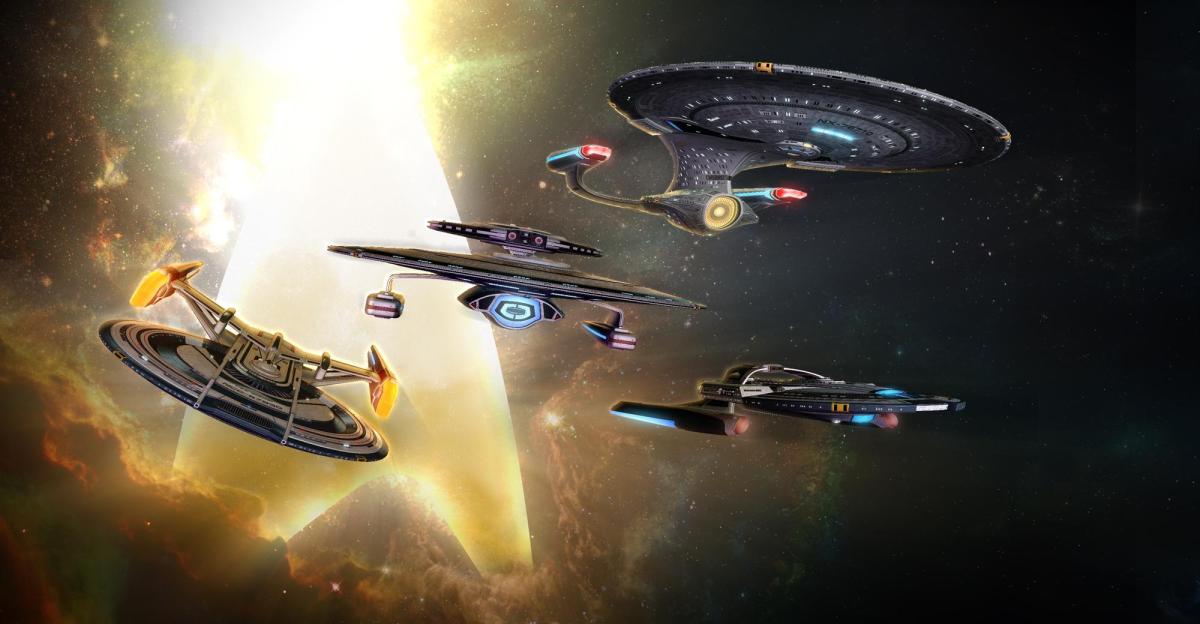 Four ships from the MMO showed up in the episode “The Star Gazer.” These are the Gagarin Miracle Worker Battlecruiser, the Legendary Ross Command Exploration Cruiser, the Sutherland Advanced Research Vessel, and the Reliant Advanced Light Cruiser.

Star Trek Online debuted in 2010, and it has been a quiet success since launch that still receives new content. Often, actors from the shows will reprise characters for the game. However, it’s rare to see the reverse happen, with other Star Trek media rarely acknowledging the free-to-play game.

This also makes those ships officially part of Star Trek canon, as STO occupies a strange space as far as the franchise’s lore is considered. Essentially, its soft canon, meaning anything established in a Trek TV show or movie overrides the game.

“It’s been such a great honor working with the STO people, because they are passionate people who know Star Trek design,” Dave Blass, production designer for Star Trek: Picard, noted in a press release. “They know how to design a Federation starship, and it’s so important, both to me and the fans, to work with collaborators who can capture the nuance of these ships, down to the last detail. They made my life so much easier, and we got to use the best possible ships on Picard. It’s going to be an amazing experience for all the fans.”