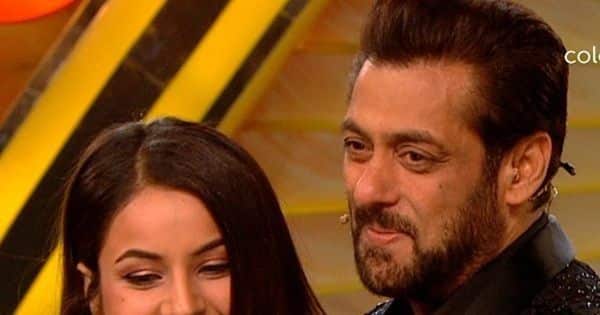 Reports have been doing the rounds that Shehnaaz Gill, who was earlier a part of Salman Khan’s upcoming film Kabhi Eid Kabhi Diwali, was ousted from the project because she signed another project. It was also reported that Shehnaaz unfollowed Salman on Instagram, which added more fuel to the rumors. However, Shehnaaz has finally broken her silence on the matter. – Shehnaaz Gill to Arjit Singh: Celebs who went from being in Salman Khan’s good books to bad

– Shah Rukh Khan to Salman Khan; Bollywood celebs who lost their calm on fans who tried to take pictures in the most indecent manner

According to reports, Shehnaaz is paired opposite singer-actor Jassie Gill in Kabhi Eid Kabhi Diwali after Aayush Sharma walked out of the film at the last minute due to the creative differences. They have a cute love story. While Salman will romance Pooja Hegde, Raghav Juyal will romance Malvika Sharma.

Earlier, Shehnaaz had addressed the trolls who criticized her for her overfriendly behavior with Salman at Arpita Khan’s Eid bash. While Shehnaaz loves all the adulation and popularity she has on social media, she feels that this fame is just a temporary phase. She believes that if she will keep working hard, this fame will last a little bit longer but she’s completely aware that someday it will all go away.