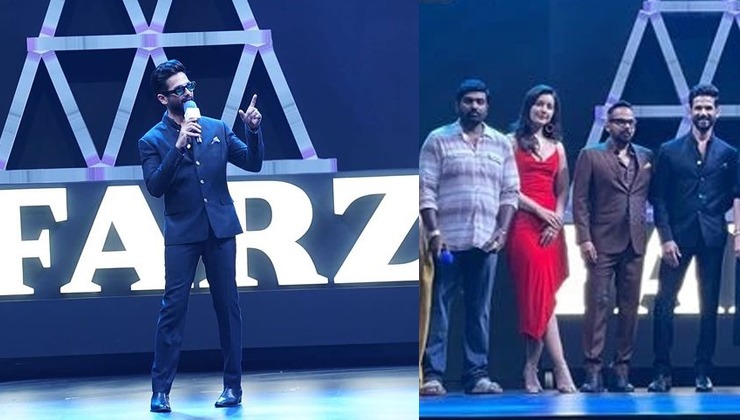 Amazon Prime Video also screened the trailer of the series at the event. The thriller-comedy is co-written by Sita R Menon, Suman Kumar and Hussain Dalal.

Earlier, in an earlier interview with PTI, the Jersey actor had revealed that his character comes from the streets of Mumbai. He had said, “I completely understand (the character). That is what I was when I was 16-17-year-old, traveling in trains, doing this, that. The street Mumbai kid, with a lot of ambition and dreams and middle class, lower middle-class background. There is a crime angle that happens”.

The first look of Shahid from Farzi was also unveiled.

As per India Today, on Farzi, Shahid said that he is nervous to be debuting on the OTT platform because it is so different from movies. Kapoor also said he is very nervous and excited at the same time. “I always wanted to do something that’s challenging and different. This story, this character really resonated with what I wanted to do. To me, it matches up to any and every film that I might have done,” he added.

: Shahid Kapoor to Mrunal Thakur, Here’s how much the Jersey actors got paid as fees for the movie