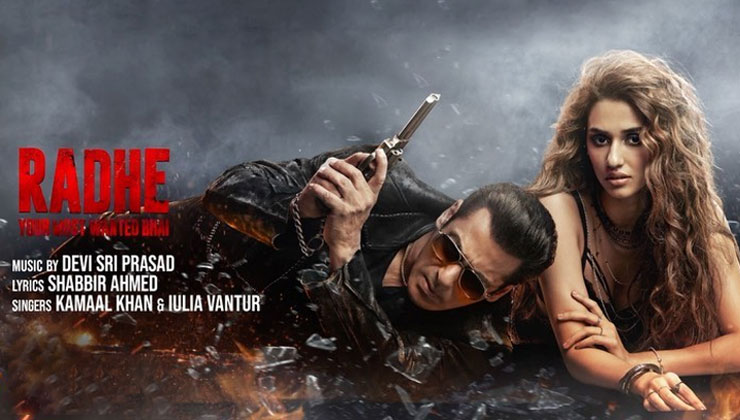 Amidst this grim atmosphere of the pandemic, Salman Khan’s fans are super excited for the release of his film Radhe: Your Most Wanted Bhai. Salman will be seen alongside Disha Patani in this film and the music is currently producing a lot of buzz. Before Radhe releases on May 13, the film was sent to the Central Board of Film Certification (CBFC) and a great deal to everyone’s relief, Radhe has been passed by the CBFC and bagged a U / A certificate without the need of any cuts.

According to a report by Times of India, the makers of Radhe: Your Most Wanted Bhai has received a U / A certificate effectively with no cuts on April 26. Directed by Prabhu Deva the film has made it via the CBFC board and is all set to hit the screens this month. The report also stated that, according to the board, the film is match for viewers of all age groups, with parental guidance.

The makers of Radhe dropped two songs from the film Seeti Maar that featured Disha Patani and Dil De Diya that featured Jacqueline Fernandez. Both the songs have turn out to be a rage amongst Salman’s fans and they are topping several charts. Both the songs have currently crossed a million views. Apart from that, the trailer of Radhe has received a phenomenal response and has the audience eager to watch the film quickly.

Talking about the films ‘release format, Salman Khan Films’ spokesperson stated, “It’s crucial that we all come with each other and feel of out-of-the-box options for cinema as an sector for the duration of the present pandemic scenario. We will assistance the theater owners by releasing the film in as several theaters as we can, maintaining in line with the guidelines and protocols laid down by the government. But, taking into consideration the recommendations and security measures, we also want to devise methods to make certain that the film reaches all of our audience. We do not want to deny the audience the selection of entertainment in the comfort of their properties for the duration of these instances. “

I Vaccinated Santa Claus Myself