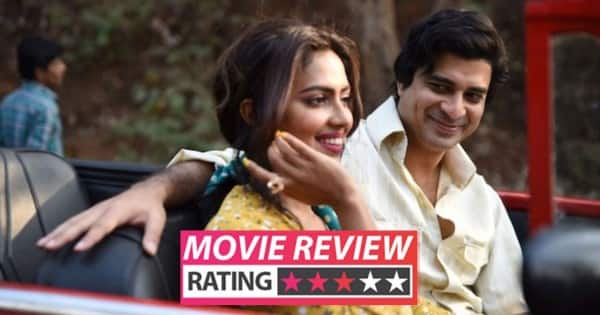 Though it is not blatantly spelt out, ‘Ranjish Hi Sahi’ which means, ‘out of resentment’, is a fictionalised, biopic slice of director Mahesh Bhatt’s life which details his relationship with late actress Parveen Babi.

With a timespan ranging from 1959 to 2005, this eight-episode series is narrated in a non-linear manner, through the maverick film director Shankar Vats’ point of view. It starts on a literally and figuratively hazy note.

The 28-minute pilot episode begins in 1976 in Pune with Shankar Vats walking out of Ajnadham Dharamshala. Later in conversation with actor Vinod Kumar in his car, we are given an insight into Shankar Vats’ obstinate personality.

Vinod cajoles Shankar to return to the ashram but is soon physically thrown out from there. After some reflection, Shankar returns to Bombay, and soon the episode sketchily encapsulates what you will see in the series.

Thus, the series boasts many repetitive scenes, but these scenes do not bog down the viewing experience. Through the episodes, we learn how Shankar after delivering three flops in succession, is struggling to keep his family afloat while trying to raise funds for his fourth film. We also get to know how he met ace actress Amna Parvez and developed a bond with her, Amna’s ruined relationship with actor Zubair, her mood swings, and her interaction with Shankar’s wife Anju.

Practically everyone knows about Mahesh Bhatt’s association with Parveen Babi, and thus it is the curiosity factor of how things panned out between them that would hold the viewer’s interest, and the series offers this in ample measure. Also, there are scenes in the series which you can associate with Mahesh Bhatt’s films, especially ‘Zakhm’.

The character of the “Watch Man – who repairs watches” is metaphorically and artfully used to depict conscience.

The series is mounted skillfully with ace production values. The era is brilliantly captured, with kids playing with marbles, the bioscopewalla (the traveling hand-cranked cinema) on the cycle, dated advertisements in the interior of the buses, costumes, period telephones, typewriters, and locks.

Also, the music transports you to the time. The songs, ‘O Berehem Zindagi’, ‘Tham Sa Gaya’, and the Sufi number in the eighth episode, along with the background score, are situationally effective.

Consider it as the perfect casting or good acting, Tahir Raj Bhasin in a hideous wig – slips into the shoes of the self-deprecating Shankar Vats with ease. He nails his character to the tee, playing the kind, considerate and honorable husband, friend, father, and son with kind fervour and abject honesty.

Rajat Kaul as Zubair depicting Kabir Bedi is perfunctory in his histrionics and demeanour.

Overall, this series may appeal only to Hindi film fans who know Mahesh Bhatt and Parveen Babi’s history.