Ranbir Kapoor gets spotted in the city; netizens wonder, ‘Why does he always look drunk?’ [Watch Video] 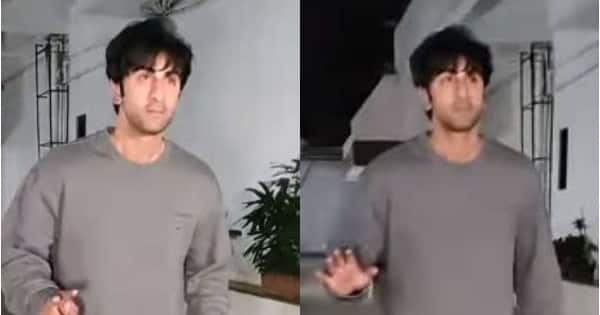 Nowadays, thanks to social media, celebs get trolled a lot for their looks. Recently, Ranbir Kapoor, who was last seen in Shamshera, was spotted in the city. The actor was wearing a gray t-shirt and black pants and looked quite handsome. While Ranbir’s fans thought he looked hot, a few netizens trolled him for always looking drunk and tired. A netizen commented, “y does he always look drunk??” Another Instagram user wrote, “Cool ni bht tired lag raha hai.” One more netizen commented, “He looks old.” – Trending South News Today: Mahesh Babu ready for Hindi film debut with SS Rajamouli, Vijay Deverakonda-Rashmika Mandanna’s breakup and more

This is not the first time when Ranbir Kapoor is age-shamed or trolled for his looks. A few days ago, he had gone to the airport to receive his wife Alia and at that time also he was trolled. Well, trolls really need to stop judging stars on the basis of their appearances in day-to-day life. Just like a normal person, they also get tired while working round the clock. – BTS: J-Hope’s emotional moment at Lollapalooza moves Armaan Malik; fans thank him for the shout-out

Talking about Alia Bhatt, the actress is currently busy with the promotions of Darlings which is slated to release on Netflix on 5th August 2022. Apart from Darlings, she will be seen in Heart Of Stone and Rocky Aur Rani Ki Prem Kahani. She has wrapped up the shooting of the films and soon will start the promotions of Brahmastra with her hubby Ranbir.

Made-in-India brands under one umbrella, announces Bacardi in India

Watch: Influencer’s Mimicry Of Alia Bhatts Dialogues From Brahmastra and Darlings Is Spot On