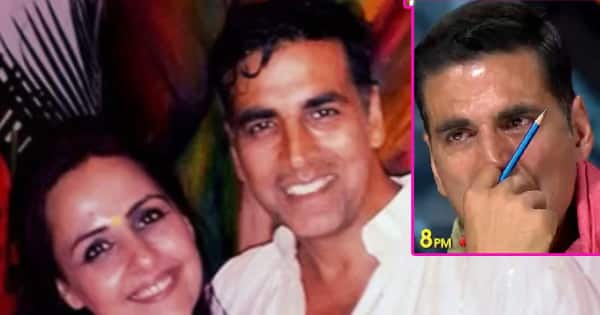 Akshay Kumar is currently gearing up for the release of his film Raksha Bandhan, The movie has him and four sisters. The name of the film itself suggests that it is going to be all about a brother-sister bond and it is also releasing on the festival of Raksha Bandhan. For the promotion of the film, he turned up as the special guest on Superstar Singer 2 and he was in for a treat. He received a special message from his sister Alka. – Fukrey stars Ali Fazal and Richa Chadha to get married in September? This is what we know of the Big Fat Wedding

Akshay Kumar cries as he gets a special message from sister
In a video that has made its way to the internet, we can say Akshay Kumar crying as his sister Alka talks about the bond that they share. In a video message, Alka thanks Akshay Kumar for always being by his side and performing all the duties of a brother and father. Visuals of their Raksha Bandhan celebrations are played as the contestants sing Phoolo Ka Taaro Ka Sabka Kehna Hai. – Pishachini: Jiya Shankar talks about the excitement of taking up her first supernatural show; reveals the biggest challenge

After the video, Akshay Kumar gets all emotional. He remembers how they used to live in a small house and everything changed after the birth of his sister Alka. He called him a devi. He said, “We used to live in a small house. After the arrival of this goddess, our lives changed. There is no bigger relationship than that with a sister.” – Koffee With Karan 7: Sara Ali Khan and Janhvi Kapoor’s cosy pictures with ex-boyfriends go viral after Karan Johar’s explosive revelation of them dating siblings

Akshay Kumar talks about his bond with sister Alka
Earlier, in a media reaction, Akshay Kumar did speak about his bond with sister and stated that it will always remain special. He recalled that when in school, they used to wake up early and Alka used to tie him rakhi before going to school. He says the ritual still remains the same and they celebrate Raksha Bandhan early morning.