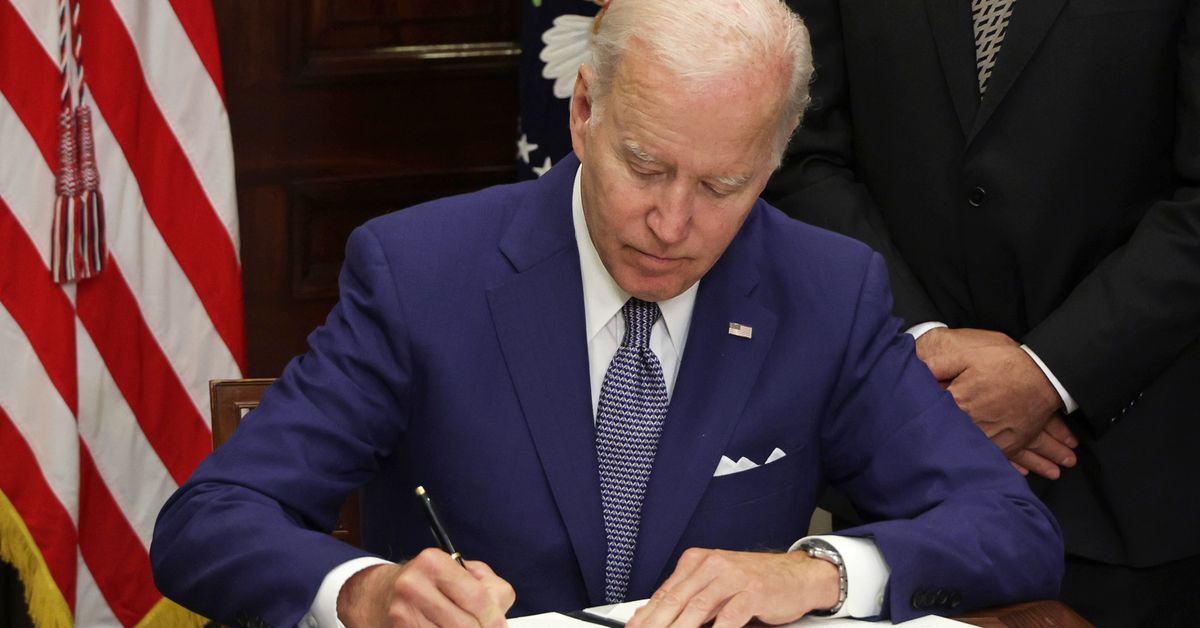 The order’s primary directives prompt the Department of Health and Human Services to expand access to emergency contraception and long-acting birth control devices like IUDs. But it also calls on HHS and the Federal Trade Commission to take steps to protect the sensitive health data of patients seeking abortions and other reproductive care.

“We cannot allow an out-of-control Supreme Court, working in conjunction with extremist elements of the Republican Party, to take away freedoms and our personal autonomy,” Biden said before signing the order. “The choice we face as a nation is between the mainstream and the extreme.”

Soon after the Supreme Court overturned Roe last month, abortion rights activists and Democratic lawmakers warned how sensitive health data could threaten the safety of abortion-seeking patients if accessed by the government.

Sens. Amy Klobuchar (D-MN) and Tammy Baldwin (D-WI) were some of the first lawmakers to urge the FTC to protect reproductive health data in a May letter. They requested that the agency detail any steps it was taking and the resources it may need to counter the risks posed by the Supreme Court’s ruling. Shortly after, Sen. Elizabeth Warren (D-MA) introduced the Health and Location Protection Act in June that would impose a sweeping ban on the sale of sensitive health and location-tracking data.

Biden’s plan to ask the FTC to take action on consumer privacy was first reported by Axios last week. Still, it’s unclear what actions the agency may take in the wake of Friday’s order. In January 2021, Flo, a fertility-tracking app, settled with the agency amid allegations that it misled users on how their data was shared with marketing firms and large tech companies like Facebook and Google.

While the order directs the FTC to consider next steps on data privacy, it also calls on HHS to craft new safeguards for sensitive information, including under the Health Insurance Portability and Accountability Act, or HIPAA. Last week, HHS Secretary Xavier Becerra asked the agency’s Office for Civil Rights to publish new guidance explaining that the HIPAA Privacy Rule largely protects healthcare providers from disclosing private patient information to third parties and law enforcement.