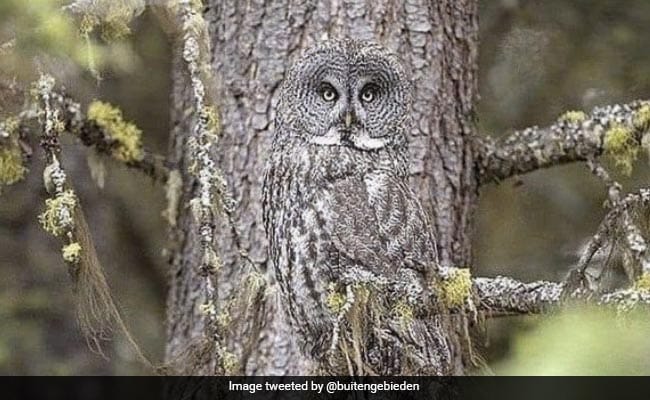 Picture shows the owl getting camouflaged in wild.

The wide-eyed, round-faced owls are mysterious creatures. Famous for being night birds, owls are one of the most interesting living creatures. Some of them also possess the ability to mix in the surroundings, practically becoming invisible. This is known as camouflage and protects them from predators. One such picture is making rounds on the internet shows an owl getting camouflaged on a tree.

In the now-viral photo, the feathers and bosy of the owl are of the same colour as the tree in the background, making it appear like the tree has eyes.

The owl blends in well with the branches of the tree, with lush green surroundings.

Shared by a user named Buitengebieden on Twitter on Thursday, the caption simply reads, “Camouflage.”

One user wrote, “Dang…I legit thought that was a carving in the tree, until I scrolled in. Amazing.”

“Oh my gosh! I literally thought the face was one of those that people affix to trees. It took me a good bit to actually realize it was an owl,” said another user.

A third user also praised the picture and commented, “Perfectly hidden so that you can not see this owl!! Wow, nature is so amazing.”