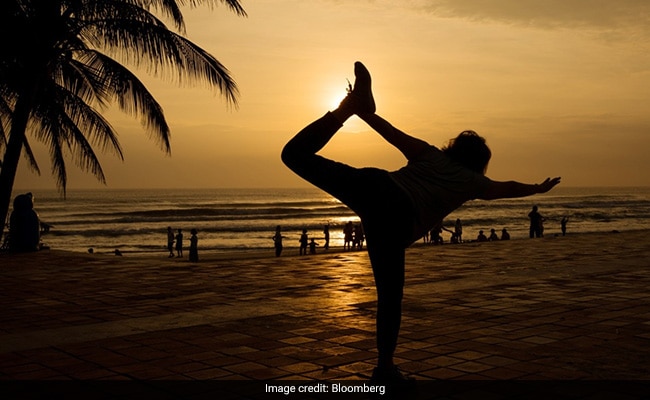 Middle-aged people who can’t stand on one leg for at least 10 seconds appear to be at higher risk of dying within a decade, according to a study published in the British Journal of Sports Medicine.

Researchers found volunteers who struggled with the simple balancing test were 84% more likely to die in the next 10 years than those who could stand unsupported, after taking into account variables like age and illness. The results stem from a study of fitness and health among 1,702 people over age 50 in Brazil, starting in 2009.

Participants were asked to lift one foot and place it behind the opposite lower leg — without touching the ground — while keeping their arms at their sides and looking forward. They were allowed three attempts. One-in-five failed the test, generally those who were older or in poorer health.

Adding a balance component to routine physical exams for older people could provide doctors with important health information, according to the researchers from Brazil, Finland, Australia, the UK and the US. More than 680,000 people die each year from falls globally, and the 10 second test can be easily used to help identify those who may be vulnerable, the researchers said.

“The test has been remarkably safe, well-received by the participants, and importantly, simple to incorporate in our routine practice as it requires less than 1 or 2~CHECK~ minutes to be applied,” they concluded. It also gives rapid and objective feedback to both patients and health professionals, they said.

People tend to maintain their balancing ability until they reach their 60s, when it starts to rapidly decline.

In the study, the proportion of deaths among people who failed the test was significantly higher, at 17.5%, than among those who passed, at 4.5%. The researchers didn’t find an increased risk of any specific cause of death tied to balance.