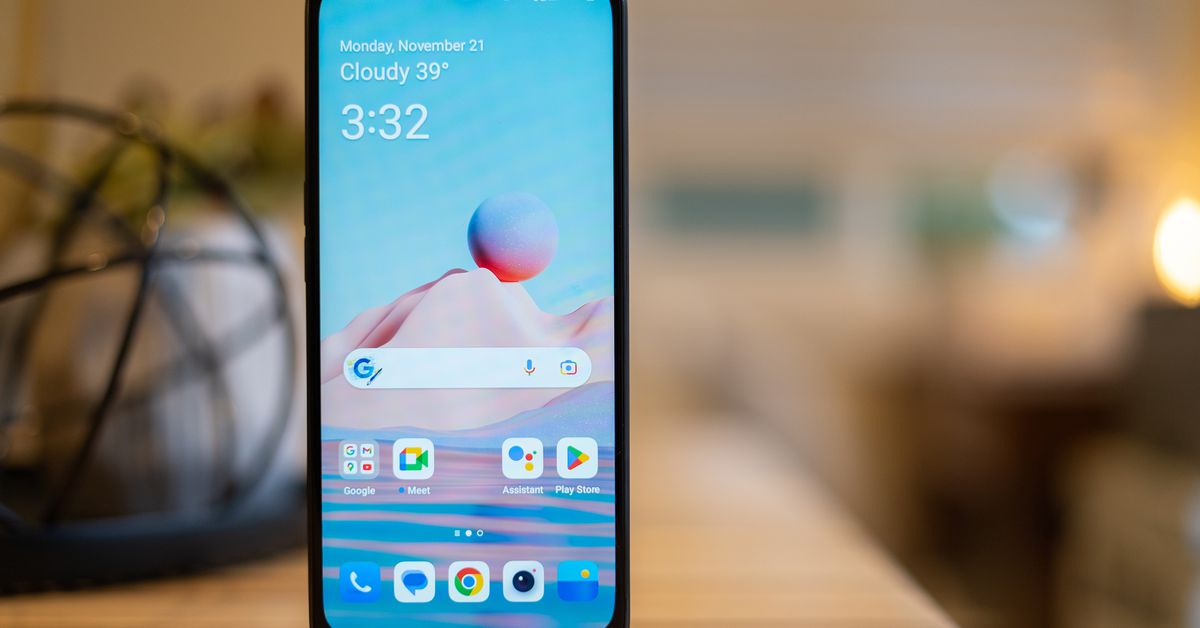 This N300 5G is OnePlus’ latest budget phone, and it takes the company’s signature fast charging to a lower price bracket than ever before. For now, it’s only available through T-Mobile and Metro by T-Mobile. It’s listed for $228 full price at T-Mobile, but it’s also prominently featured as one of the carrier’s “free” phones with two years of service.

“Free” phones are easy to come by, and although the OnePlus Nord N300 has a neat feature that’s rare in budget phones, you can do better. This is doubly true if you’re paying for it out of pocket — there are better options around the same price and some worthwhile upgrades if you can spend a little more.

How we review and rate products

The N300’s wired fast charging is genuinely useful. Its 33W top speed is faster than what you’ll get with many phones that cost much more. It does require a proprietary charger to hit those charge rates — it’s not standard USB-PD — but at least the charger comes in the box. That is not the case with today’s flagship phones.

Fast charging is handy, but it doesn’t make up for the N300’s lackluster day-to-day performance. The 6.5-inch display looks a little shabby with a low 720p resolution. Onboard storage is skimpy at just 64GB, and the processor struggles from time to time with heavier tasks. OnePlus cut some of these corners to make way for fast charging, and personally, I’d rather live with slower charging and have a phone that gets the basics right.

There’s just 64GB of built-in storage, and on my review device, 13GB of that is occupied by system files

The N300 uses a MediaTek Dimensity 810 processor with 4GB of RAM. It handles light browsing and daily tasks just fine, but if you ask too much of it, you’ll see it stutter and slow down. During my initial setup, as I downloaded a lot of updates and signed into a hundred services, I saw apps crash a couple of times under the heavier workload. That hasn’t been a persistent problem, but I do notice the occasional delay loading and jumping quickly between apps or slow response to register a tap as it chugs.

There’s just 64GB of built-in storage, and on my review device, 13GB of that is occupied by system files. That doesn’t leave much room for photos, videos, and apps, so consider a $15 or $20 microSD card part of the purchase price. If you want to really go for it, you can add up to 1TB of extra space this way.

On the outside, the N300 is a likable device. I prefer its straight rails over the curved edges on other budget phones like the Motorola Moto G 5G — they look nicer, and they’re easier to grab. The back panel is a composite plastic with a subtle shimmery finish. Haptics are pleasantly soft as I tap and type: reassuring but not jarring (“like a bunny” is the phrase I used in my testing notes). There’s even a headphone jack, praise be. There’s no wireless charging or IP rating, both of which are uncommon anyway in this class, and it ships with Android 12 installed. The N300 will get one OS upgrade to Android 13 and just two years of security updates — on the low side, even for budget phones.

The N300 is a T-Mobile exclusive at press time, and it supports the right 5G bands to access the company’s very good mid-band “Ultra Capacity” 5G network. There’s no mmWave 5G support, but that’s no great loss — it’s highly range-limited, and T-Mobile doesn’t offer a whole lot of it anyway. There’s NFC so you can use Google Pay for contactless payment, which not every phone at this price offers.

The 6.56-inch screen is plenty big, and the 90Hz refresh rate makes scrolling and animations a little smoother than a standard 60Hz display. But the thing I notice more than that is the 720p resolution, which is relatively low for such a big screen. Icons and images have rough edges where you can make out the individual pixels. It’s an LCD screen, and while it gets passably bright in direct sunlight, it’s not as vibrant as the OLED panel on the OnePlus N20.

The N300’s battery isn’t just quick to charge — it’s also a huge 5,000mAh cell that provides enough power for just about anyone to get through a full day of use. Heavy video streaming or gaming might run it down by the end of the day, but I always got well into a second day without needing a recharge.

When it’s time to refuel, fast charging is at your service. I realized halfway through baby naptime one afternoon that I was coasting on 15 percent after skipping the overnight recharge. I used the opportunity to see if I could charge it up 100 percent before he woke up. It charged in just over an hour and finished just in time.

Fast charging is handy in a jam, but if you’re already in an overnight recharging habit, then it’s probably not going to be a killer feature for you — especially considering that the N300’s battery life is so good anyway. It’s nice to see it available in a phone at this price, but if you’re already religious about nightly charging, you probably won’t get much use out of it.

On the N300, OnePlus has stripped away the unnecessary rear cameras it likes to stuff into its devices, and that deserves a round of applause. There’s just one main 48-megapixel f/1.8 camera on the back, accompanied by a 2-megapixel depth sensor to help out with portrait mode shots. There’s also a 16-megapixel f/2.0 selfie camera.

It’s a decent, basic camera system for snapshots, but it struggles in low light, where it applies some heavy smoothing to details and skin tones. Outside of that, I like how OnePlus handles image processing. Photos are pleasantly contrast-y, and colors are vibrant without going full Samsung. However, there’s noticeable lag in the camera app, especially in portrait mode. The lag was bad enough that it could barely keep up with my toddler in moderate light, even when he was (relatively) still. That’s a tough scenario for a budget smartphone camera — you’d have to pay a lot more for a phone that handles this situation well — but the N300 had a particularly hard time with it.

There’s no aspect of the N300 that’s show-stoppingly bad, but there are a few key places where it could be just a bit better

The OnePlus N300 offers seriously fast charging in a price bracket where it’s rarely seen. It’s a handy feature, but I don’t think its usefulness makes up for the N300’s other shortcomings, like a low-res screen and sometimes shaky performance.

OnePlus’ own Nord N20 is a great alternative. Its MSRP — $282 if you’re buying from T-Mobile or $299 unlocked — is still well within the budget range. But it’s much more enjoyable to use, with a rich 1080p OLED screen, better processing performance, and twice as much storage. The same 33W fast charging is included, too. Right now, it’s also one of T-Mobile’s “free” phone promotions, and it’s a better pick overall whether you’re paying upfront or not. The Samsung Galaxy A13 5G is a good alternative, too. It’s priced a little closer to the N300 at $249, and its performance is snappier with day-to-day tasks.

There’s no aspect of the N300 that’s show-stoppingly bad, but there are a few key places where it could be just a bit better. Those things have more of an impact on my day-to-day than being able to charge up my phone in a flash. I suspect a lot of people feel the same way, and that makes the N300 hard to recommend. There’s a slim argument in its favor if you really want fast charging, and it’s your best “free” phone option at the time. Otherwise, you’re better off with OnePlus’ slightly pricier N20 or settling for the slow-charging life.

Photography by Allison Johnson / The Verge

Every smart device now requires you to agree to a series of terms and conditions before you can use it — contracts that no one actually reads. It’s impossible for us to read and analyze every single one of these agreements. But we started counting exactly how many times you have to hit “agree” to use devices when we review them since these are agreements most people don’t read and definitely can’t negotiate.

There are also several optional agreements that you need to get past during setup:

On this carrier-locked device, there are three more optional agreements from T-Mobile: