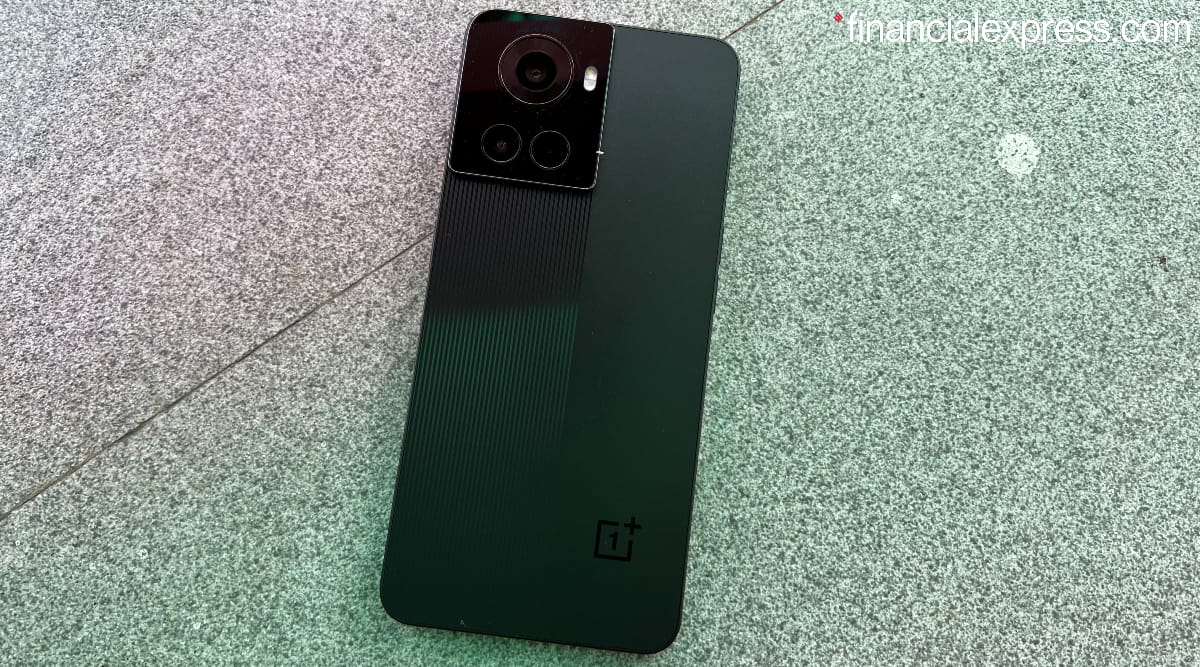 OnePlus 10R is OnePlus’s new midrange smartphone in India. The main USP of this phone is its blazing fast charging support. One of the variants of the phone, called the OnePlus 150W SuperVOOC Endurance Edition, is claimed to charge from 1-100% in flat 17 minutes. You can also get the 10R with 80W fast charging with more or less the same specifications. The rest of the hardware is also appealing. The 10R has a 120Hz AMOLED screen, MediaTek’s Dimensity 8100 Max chip and 50MP triple rear cameras. OnePlus 10R price in India starts at Rs 38,999.

We have the OnePlus 10R in the house and while we work on our full review to give you a broader insight into its hits and misses, here’s a quick 10-point run-down of the 150W SuperVOOC Endurance Edition of the phone— its specs, features, and everything you need to know.

OnePlus 10R: Everything to know

1. The 10R has a dual-textured plastic back and a flat frame, also made of plastic. It comes in two colourways— Sierra Black and Forest Green. We have the Sierra Black version for review. It’s smooth to the touch and fairly resistant to smudge and fingerprints. The sides are sharp and while they do help in gripping the phone better, you will feel them digging into your palms on extended usage. At 186g and 8.2mm, the 10R is neither too thick nor too thin or light. Weight distribution is fairly on point.

2. On the front, you get a 6.7-inch flat 120Hz AMOLED display with a 1080p resolution, HDR10+ support, centrally placed hole punch cut-out and Corning Gorilla Glass 5 protection. Biometrics are handled by an in-display fingerprint reader.

3. Under the hood, you get a “customised” version of MediaTek’s Dimensity 8100 chip that OnePlus is calling Dimensity 8100-Max. Closely working with MediaTek, OnePlus has worked on improving areas like gaming, AI, and nightscape video, it claims. This is paired with up to 12GB RAM and up to 256GB UFS3.1 storage. Storage expansion is not an option. The phone runs ColorOS 12.1 based on Android 12.

5. For photography, the 10R has a triple camera setup on the rear with a 50MP Sony IMX766 main sensor with optically stabilised lens, 8MP ultrawide, and another 2MP macro shooter. The phone is capable of up to 4k video recording (@30fps).

7. The phone has dual speakers. There is no headphone jack.