On Camera, British Airways Plane Tossed By Wind Onto Runway 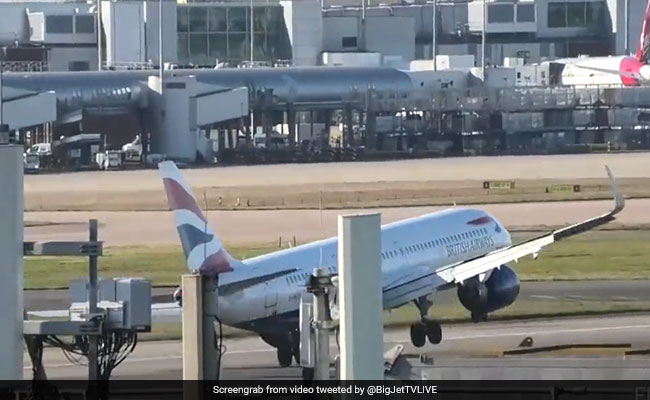 A British Airways plane was forced to abort a landing at the Heathrow airport due to high winds.

According to Sky News, the jet arrived from Aberdeen at around 10:50 am on Monday but the pilot abandoned the scheduled landing as the aircraft was buffeted by strong winds caused by Storm Corrie.

A video footage showed the plane beginning a bumpy ascent before the right wing lifts into the air, sending the aircraft careening down the runway at a dramatic angle.

A321 TOGA and Tail Strike!
A full-on Touch and go, with a tail strike! Watch for the paint dust after contact and watch the empennage shaking as it drags. The pilot deserves a medal! BA training could use this in a scenario – happy to send the footage chaps ????#aviation#AvGeekpic.twitter.com/ibXjmVJGiT

We never ask for any payment when the media ask to use our content, today @Reuters offered a token payment so we said ok, and we will donate it to Pilots Together. I also told them of the incredible work you are doing. You all will always have our full support, always ❤️ https://t.co/B9Z2j4KalW

The pilot then made the decision to abort, before successfully landing the plane at the second attempt.