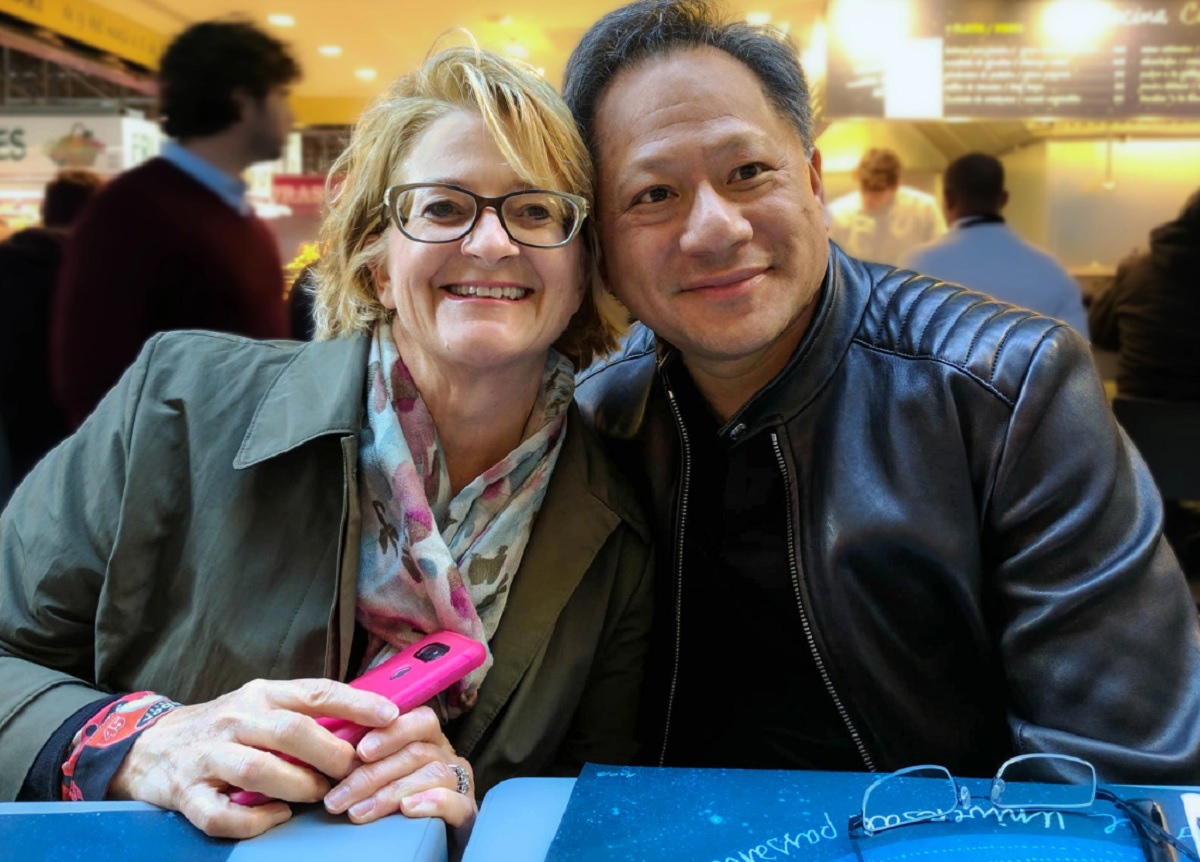 The university has also raised a total of $100 million in gifts to launch what will ultimately be a $200 million research and education center with one of the nation’s most powerful supercomputers.

The center will do research in artificial intelligence, materials science and robotics to solve global challenges in areas such as climate science, oceanography, sustainability and water resources.

The complex also will underpin OSU’s research and teaching supporting the semiconductor and broader technology industry in Oregon and beyond. Jensen Huang is founder and CEO of Nvidia, and both he and his wife Lori are Oregon State University graduates.

“We are thrilled by this extraordinary philanthropy and commitment to advancing research discovery and problem-solving,” said OSU President Jayathi Murthy, in a statement.

Murthy said the three-story, 150,000 square-foot center is being designed and is anticipated to open at the school in Corvallis, Oregon, in 2025.

Murthy said the center is part of Oregon State’s efforts to advance diversity, equity and inclusion in STEM education and research. The Huangs graduated from Oregon high schools and met while undergraduates in OSU’s College of Engineering.

“We discovered our love for computer science and engineering at OSU. We hope this gift will help inspire future generations of students also to fall in love with technology and its capacity to change the world,” said the Huangs in a statement.

“AI is the most transformative technology of our time,” they added. “To harness this force, engineering students need access to a supercomputer, a time machine, to accelerate their research. This new AI supercomputer will enable OSU students and researchers to make very important advances in climate science, oceanography, materials science, robotics, and other fields.”

The center will have an Nvidia supercomputer to support faculty in addressing highly complex and challenging computational problems. The OSU supercomputer – powered by next-generation Nvidia CPUs, GPUs and networking – is expected to be among the world’s fastest university supercomputers, powerful enough to train the largest AI models and perform complex digital twin simulations. The complex will also have a state-of-the-art clean room and other specialized research facilities.

During the 2023 Oregon legislative session, OSU will request $75 million in state-paid bonding to match philanthropic and university contributions for the collaborative innovation complex.

“Lori and Jen-Hsun are exceptional Oregon State alumni and truly visionary philanthropists,” said Scoville. “They bring so much to the table. Every project they are involved in is improved because of their input, and OSU is the great beneficiary of their experience and active engagement. It is a joy and an honor to work with them.”

The Huangs’ gift was announced as the OSU Foundation launched the university’s second university-wide fundraising and engagement campaign.

The university has received four gifts of $25 million or more for the campaign to date. In 2021, the OSU Foundation announced an anonymous $50 million gift supporting the completion of Reser Stadium. In 2018, the university received its first $50 million gift, a contribution from alumnus Gary Carlson to name the Gary R. Carlson College of Veterinary Medicine.

Lori Huang is the president of the Jen-Hsun and Lori Huang Foundation, supporting higher education, public health, and STEM initiatives across the U.S., alongside local community organizations in the San Francisco Bay Area.

The Huang Foundation previously gave $5 million to build a laboratory for cancer research at Oregon State University, and $30 million for the Jen-Hsun Huang Engineering Center at Stanford University. The Huangs joined Melinda Gates in supporting AI4ALL, a national nonprofit working to increase diversity and inclusion in AI. They have also made major educational grants to Johns Hopkins University and City Year San Jose. Lori graduated from Oregon State University in 1985 with a BSEE. The Huangs have two children.