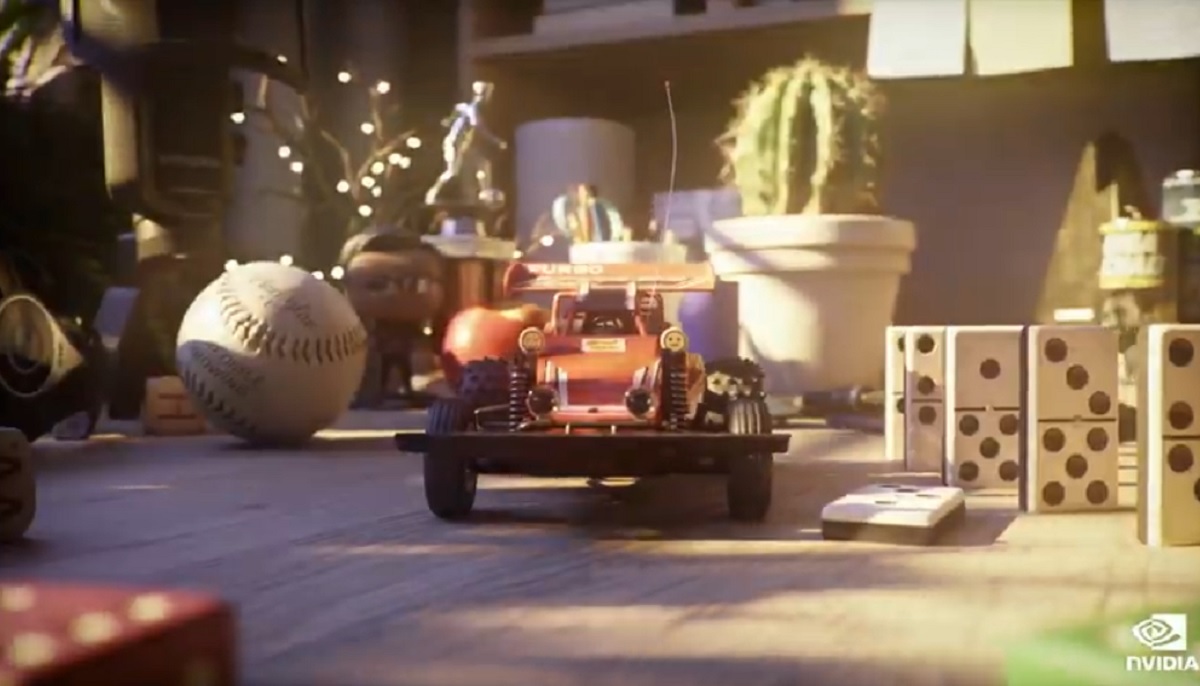 Nvidia today announced Nvidia DLSS 3, an AI-powered performance multiplier that kicks off a new era of RTX neural rendering for games and applications.

DLSS 3 builds on the company’s history with AI-accelerated super-resolution techniques to deliver image quality and up to four times the performance of brute-force rendering. DLSS predicts the upcoming graphics frame based on the previous frame in a 3D graphics animation. Nvidia says you’ll see the quick responsiveness in games.

Nvidia CEO Jensen Huang showed off the technology today during the GeForce Beyond: Special Broadcast at GTC, which also introduced GeForce RTX 40 Series GPUs based on the new Nvidia Ada Lovelace architecture.

“DLSS is one of our best inventions and has made real-time ray tracing possible. DLSS 3 is another quantum leap for gamers and creators,” said Huang, in a statement. “Our pioneering work in RTX neural rendering has opened a new universe of possibilities where AI plays a central role in the creation of virtual worlds.”

DLSS 3 is receiving widespread support from the gaming ecosystem, with over 35 games and applications integrating the technology, the company said.

The combination of ray tracing and AI technologies has changed video games by simultaneously delivering dramatic improvements in image quality along with massive uplifts in performance, Nvidia said.

“DLSS is one of our greatest achievements,” Huang said in the GTC keynote speech. “It benefits both GPU and CPU-limited games. DLSS3 allows the Ada GPU to render a game at a much higher frame rate than the CPU allows.”

Huang showed how Cyberpunk 2077 could run at more than 90 frames per second even as it does more than 600 ray tracing calculations for every pixel to determine the lighting.

“That’s the power of RTX,” he said. “We can deliver a 16 times increase in just four years.”

Pairs of super-resolution frames from the game, along with both engine and optical flow motion vectors, are then fed into a convolutional neural network that analyzes the data and automatically generates an additional frame for each game-rendered frame — a first for real-time game rendering.

Combining the DLSS-generated frames with the DLSS super-resolution frames enables DLSS 3 to reconstruct seven-eighths of the displayed pixels with AI, boosting frame rates by up to 4x compared to without DLSS.

Because DLSS Frame Generation executes as a post-process on the GPU, it can boost frame rates even when the game is bottlenecked by the CPU. For CPU-limited games, such as those that are physics-heavy or involve large worlds, DLSS 3 allows the GeForce RTX 40 Series GPUs to render the game at up to twice the frame rate than the CPU is able to compute the game.

The technology is coming to the world’s most popular game engines, such as Unity and Unreal Engine.

DLSS 3 has also received support from many of the world’s leading game developers, with more than 35 games and applications announcing support, including:

Since DLSS 3 builds on top of DLSS 2 integrations, game developers can quickly enable it in existing titles that already support DLSS 2 or Nvidia Streamline.