"Not A Single Strike Was Made": Russia Denies Striking Ukraine's Capital 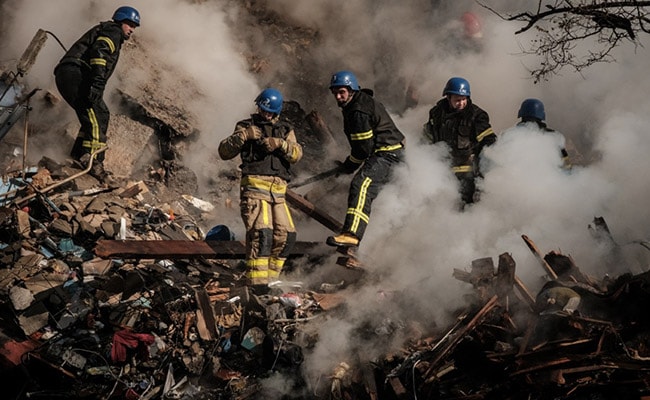 Russia on Thursday denied targeting the Ukrainian capital, instead accusing “foreign and Ukrainian” air defence missiles of causing damage in Kyiv, where critical energy infrastructure was hit a day earlier.

“Not a single strike was made on targets within the city of Kyiv,” the Russian defence ministry said.

Any damage was “the result of the fall of missiles from foreign and Ukrainian air defense systems located in residential areas of the Ukrainian capital,” the ministry said in a statement.

The ministry did however acknowledge “massive strikes… on the military command of Ukraine and energy facilities linked to it.”

On Wednesday, strikes in Kyiv killed three, including a 17-year-old girl.

Large parts of Ukraine spent the night without power and water supplies, while temperatures reached below zero.

“The leadership of Ukraine has every opportunity to bring the situation back to normal,” Kremlin spokesman Dmitry Peskov said if it “fulfills the requirements of the Russian side.”

The World Health Organization has warned that “this winter will be life-threatening for millions of people in Ukraine” given the damage to the country’s energy infrastructure.