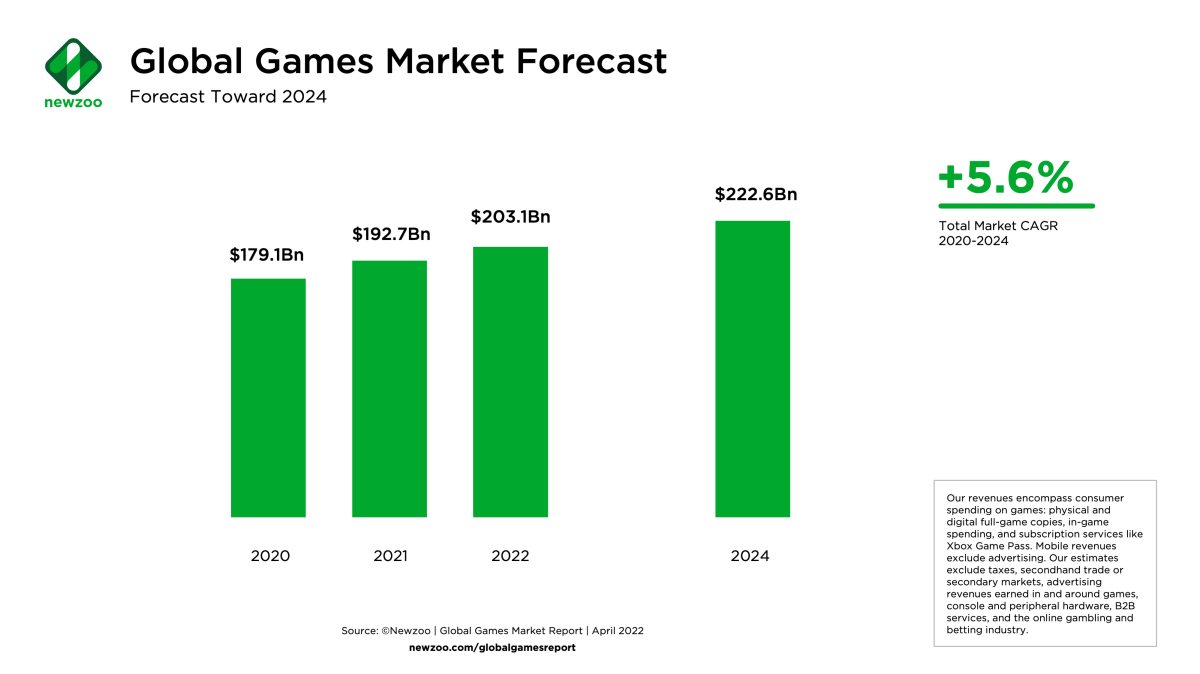 A Newzoo report predicts that games market revenue will hit another record high this year. It also predicts that the U.S. will surpass China in games revenue, though only by a small margin. In other revenue-related news, mobile gaming revenue will likely surpass $100 billion for the first time this year.

Gaming revenues are projected to hit $203.1 billion via consumer spending this year. Gaming has seen a massive spike in revenues in the last few years, likely driven by the pandemic. According to Newzoo’s report, player numbers will also hit a record high this year — 3.09 billion players, specifically. Newzoo also predicts the market will reach $222.6 billion in 2024.

Newzoo’s report indicates that the U.S. will beat China in games revenue by a nose. The U.S. will generate $50.5 billion, and China $50.2 billion. According to Newzoo’s predictions, this shift might result from the Chinese government’s stricter rules on games. However, the Asia-Pacific region is still the largest region by revenue, accounting for $96.3 billion of the aforementioned $203.1 billion.

The report shows that said region is not growing as rapidly as others. Latin America and the Middle East & Africa regions are showing strong growth. These emerging markets are also expected to contribute to the increase in mobile gaming revenue.

The mobile market claims the other revenue milestone in the report. The market is expected to surpass the $100 billion mark this year — $103.5 billion, more specifically. This means it would account for over half of all games revenue for 2022.

Newzoo reports that consoles will also drive growth this year, with the rise of subscription services (such as the renewed PlayStation Plus model, not to mention Xbox Game Pass). It also has the biggest selection of both first- and third-party titles. PC, Newzoo notes, will grow but not as much, hampered by a lack of high-profile exclusive releases or subscriptions.