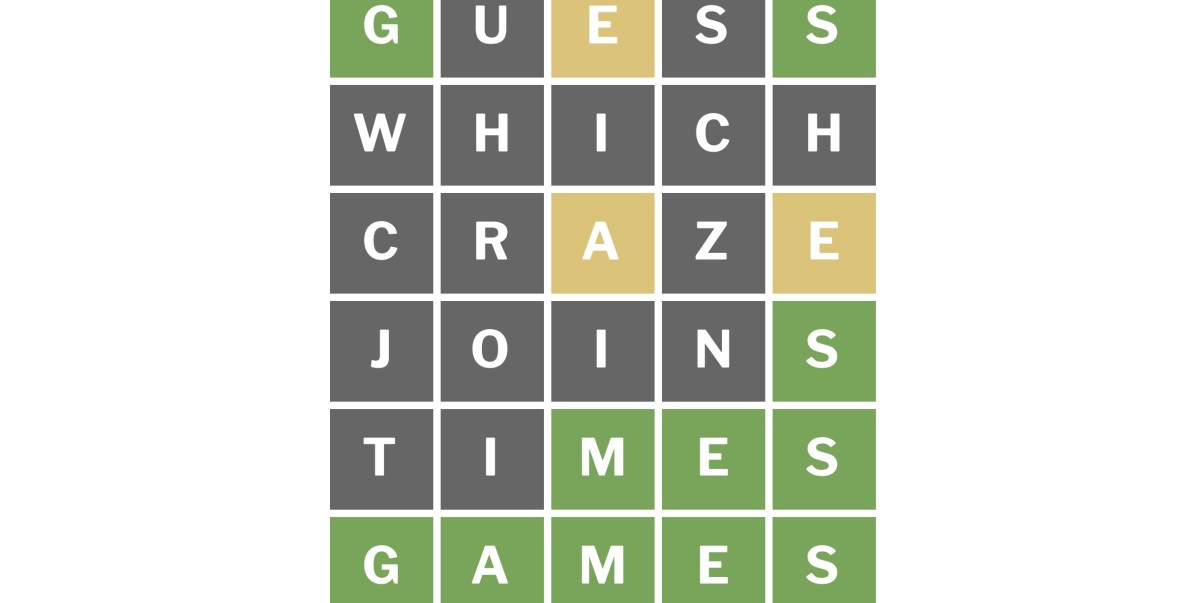 New York Times Games today announced it has acquired the popular new word game, Wordle. It did not disclose the sum, but it’s reportedly in the low seven figures. Wordle will move to the NYT games platform.

Wordle creator Josh Wardle posted a statement on his Twitter, saying that Wordle’s runaway success had made it difficult for him to run it. “I’d be lying if I said this hasn’t been a little overwhelming. After all, I am just one person, and it is important to me that, as Wordle grows, it continues to provide a great experience to everyone.”

Jonathan Knight, general manager of NYT Games, said of the purchase: “[Wordle] has done what so few games have done: It has captured our collective imagination, and brought us all a little closer together. We could not be more thrilled to become the new home and proud stewards of this magical game, and are honored to help bring Josh Wardle’s cherished creation to more solvers in the months ahead.”

According to NYT, the game will remain free-to-play for new and existing players, at least when it moves to the New York Times platform. However, that doesn’t necessarily mean it will remain free always. Wardle added that he’s working with the platform to make sure users can keep their wins and streaks.