Nerf’s first gel blaster is coming this November with 10,000 rounds 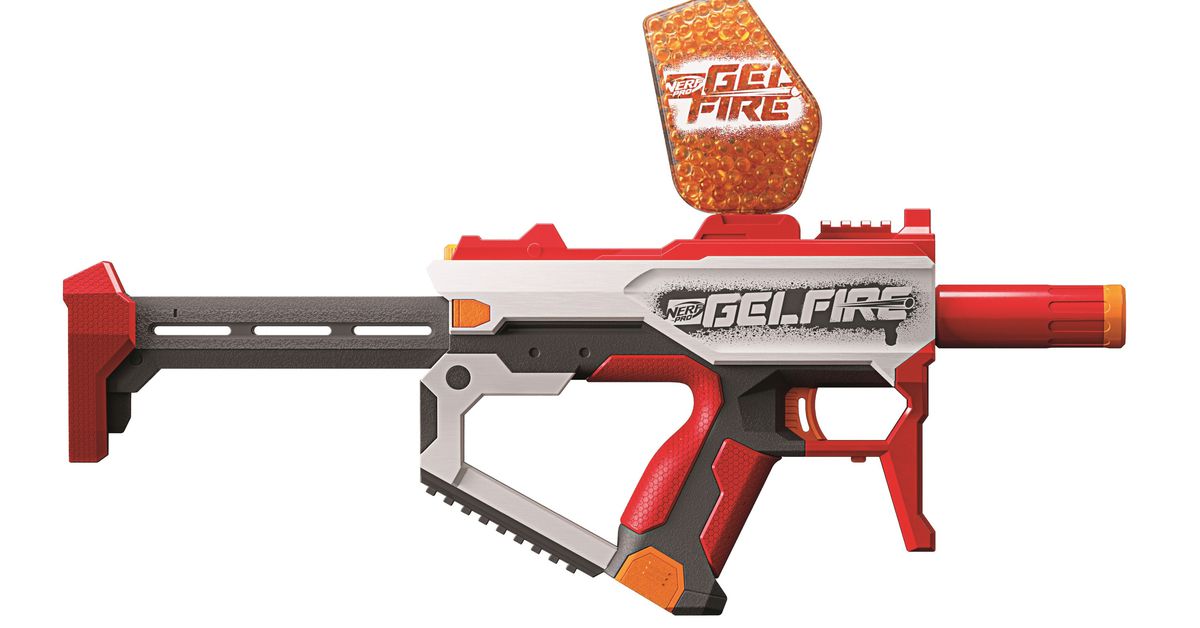 This is a Nerf blaster unlike any you’ve seen before. It doesn’t shoot reusable foam darts or foam balls, but rather pellets of squishy, water-infused gel. Pellets so small you can fit 800 of them into this blaster, and so cheap it’ll come with 10,000 of them right out of the box. It’ll shoot them fully automatic with an included rechargeable, swappable 7.4V battery you can top up with a USB-C cable — just like a phone.

It’s called the Nerf Pro Gelfire Mythic, it’ll cost $79.99 this November, and it’s wild to see it exists — partly because it’s such a departure from kid-friendly darts, and partly because it feels like Hasbro is finally conceding that it doesn’t need to reinvent the wheel to attract an older audience.

After spending the better part of a decade searching for a way to make Nerf competitive with harder-hitting hobbies like airsoft and paintball, it’s not attempting to create a brand-new kind of blaster with a proprietary new dart or ball.

Instead, it’s simply built its own entrant into the burgeoning category of gel blasters, a category of toy gun that’s proved particularly popular in China and Australia (though Australia has seriously cracked down in recent years and the Chinese government has voiced disapproval) and, I hear, is spreading across the United States as well. They typically fire pellets that you have to soak in water for a few hours, which explode like a tiny water balloon when they hit your target and whose shells disintegrate into powder.

It’s not remotely clear yet whether Nerf’s blaster is designed to be competitive with other gel-shooters in the US and abroad, as the company hasn’t offered any range or velocity claims yet — just that it can shoot up to 10 rounds per second and that it apparently fires hard enough to justify including a set of eye protection in the box. (Nerf’s rubber-ball-firing Hyper also included safety glasses, but it’s still a relatively new thing for Nerf to bundle.)

But it doesn’t look like a terribly hard sell compared to Hasbro’s other attempts to make Nerf more competitive. It’s not practical to attend a Nerf war with a Hyper or Ultra blaster, since you’d be one of the only one using that type of ammo, and you’d either have to spend serious money on a huge stockpile or spend the entire game picking up the projectiles you shot. Here, you can carry a huge tank of theoretically dirt-cheap pellets that are typically biodegradable (though Hasbro makes no explicit mention of that in the announcement).

It also just looks neat, with a retractable stock and removable barrel for a variety of play styles, and a design that very much does not look like a real gun. (Many gel blasters unfortunately do.) I’m looking forward to trying one out this fall.

If you’re looking to be the first, though, it’s going up for pre-order today at 10AM PT / 1PM ET at Amazon, Target, Walmart, and Hasbro Pulse ahead of a tentative November 1st launch.

On the off-chance Hasbro is looking for other proven ways to attract older players to the hobby… might I suggest simply shortening your existing darts? It’s what modders have been doing for decades, and it really, really works.