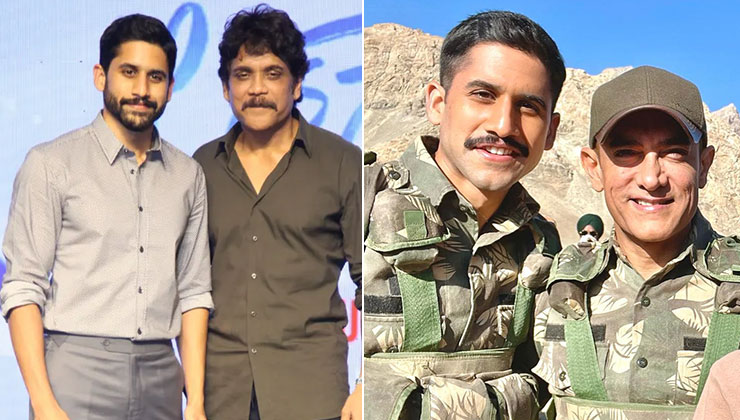 Actor Nagarjuna has watched actor Aamir Khan starrer Laal Singh Chaddha recently. On Sunday, he took to his Twitter handle and dropped the post where he is seen praising the movie and also reviewing the performance of his son Naga Chaitanya who made his big Bollywood debut in the film. Sharing a note on the micro-blogging site, Nagarjuna calls Laal Singh Chaddha ‘A breath of fresh air’.

Moreover, he also mentioned that the film will stir one from within and will make them laugh, cry and ponder. Speaking about his son’s performance, Nagarjuna mentioned that Chaitanya has grown as an actor. In a note, Nagarjuna wrote, “Had the privilege of watching Aamir Khan’s Laal Singh Chaddha. A breath of fresh air! A film that goes more than surface deep. A film that stirs you from within!! Makes you laugh, cry, and ponder!! It comes with a simple message of love and innocence conquer all!! Was wonderful to watch Naga Chaitanya grow as an actor. Director Advait Chandan, writer Atul Kulkarni and the team you just lift our spirits up!!,

Along with the note, Nagarjuna also shared a lovely photo with Aamir Khan and Naga Chaitanya ahead of the Laal Singh Chaddha release.

Meanwhile, earlier, the Majili actor spoke about his Bollywood debut to indianexpress.com, he said, “I was always looking out for something to do in English. I was waiting for the right opportunity for the transition. I wasn’t too sure who would have been accepted if I made my debut as a lead actor. Instead, I wanted to be hand-held and brought into the industry and presented in the right way. There is already so much talent there and the audience there have already accepted those talents. And to penetrate, the Hindi market is not easy. The way the actor is presented the first time is very crucial as it forms an impression.,