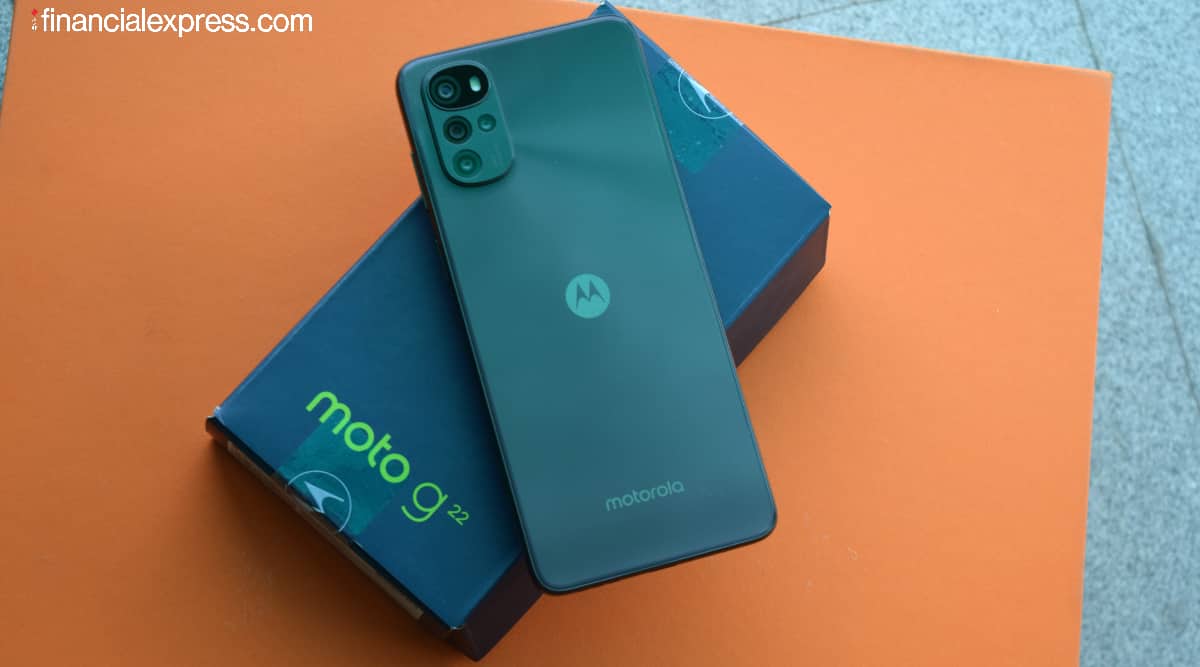 Motorola G22 was launched in India on Friday, April 8. This is a budget phone with a fast 90Hz display, MediaTek Helio G37 chip, 50MP quad camera setup, 20W fast charging, and “ad-free, near stock” Android 12 software. Motorola G22 price in India is set at Rs 10,999 and it will be available starting April 13. At its price, the Moto G22 will compete against phones like the Redmi 10 and Realme C35.

The Moto G22 has a 6.5-inch 90Hz IPS LCD display with a 720p resolution and hole punch cut-out at the centre. Under the hood, it has a MediaTek Helio G37 chip paired with 4GB RAM and 64GB storage. This is expandable. Software is “ad-free, near stock” Android 12. Motorola has confirmed the phone will get 3 years of “assured” security updates though there is no word on the number of Android OS updates it will be eligible for.

For photography, you get a quad camera setup on the rear with a 50MP main, 8MP ultrawide, and two 2MP cameras, one for macros and another for depth. On the front, it has a 16MP camera.

Motorola says the Moto G22 has a water-repellent design. Biometrics are handled by a side-mounted fingerprint reader. The phone will initially be available in Iceberg Blue and Cosmic Black colourways. A third option, called Mint Green, is coming soon.

Moto G22 is priced at Rs 10,999 for a version with 4GB RAM and 64GB storage. It will be available starting from April 13 on Flipkart. Between 13-14 April, Motorola will sell the Moto G22 with bank offers at an effective price of Rs 9,999. Only limited stocks will be available for this though.