More than Dash or Warp: OnePlus 10R to come with never-seen-before charging speeds 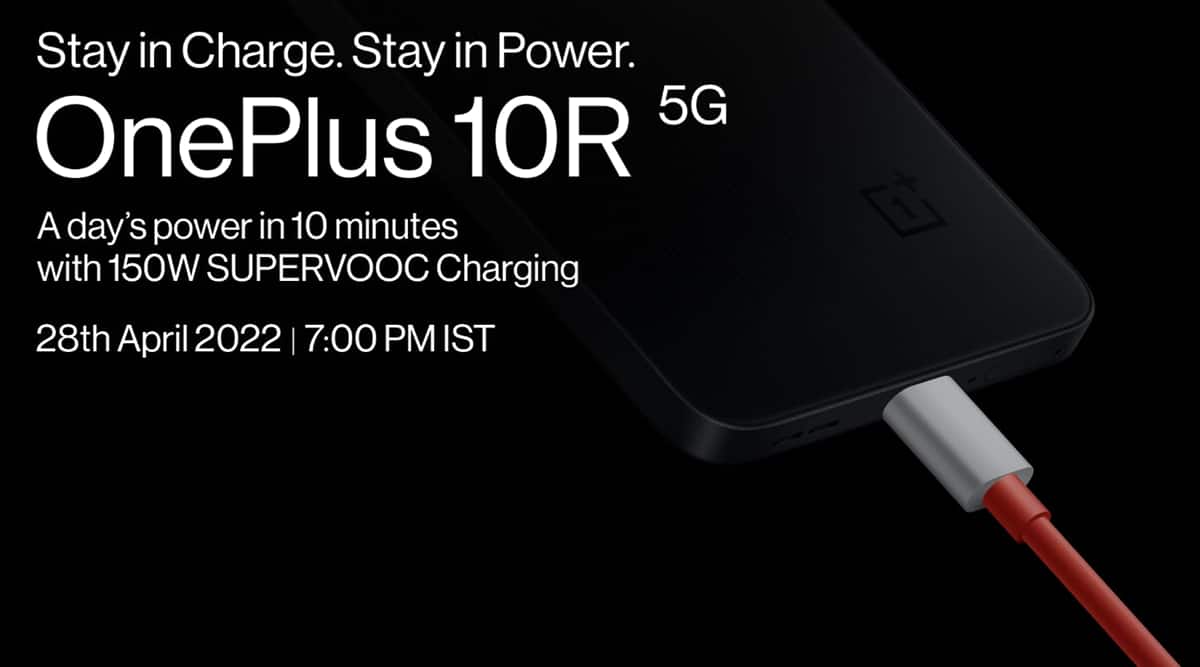 Charging phones used to be a tedious process not so long ago. So tedious that most people simply tended to plug their phones into a power outlet before going to sleep at night and unplugged it when they woke up the next morning. Phone charging times were measured in hours. OnePlus changed all that with its revolutionary Dash Charge and Warp Charge technology. Suddenly, you could get several hours’ usage from a phone by charging it for just a few minutes. What was even more remarkable was that this happened without harming the device or the battery in any manner – the phone did not heat up or malfunction. It just charged incredibly fast and got you back to work in no time at all. Battery charging time started being measured in fractions of an hour, thanks to the Never Settler.

It could now be measured in minutes, thanks to the latest charging innovation from OnePlus. In its forthcoming More Power to You event on 28 April, the brand will be introducing a whole new charging standard to the tech world – 150W SUPERVOOC Endurance Edition on the OnePlus 10R 5G, which will be launched at the event. This is easily the fastest ever charging speed not just seen on a OnePlus device, but on any phone in India and in most other regions of the world.

This new charging technology will enable users to charge the OnePlus 10R 5G’s large 4500 mAh battery literally in a matter of a few minutes. A mere ten minutes of charging will take the battery from 1 per cent to 70 per cent, which is more than enough to see out a day’s usage for most people. Want to charge the phone all the way to full capacity in a jiffy? Well, just head to Settings and turn on the Raid Charging Mode. The 150W SUPERVOOC Endurance Edition will charge the phone from 1-100 per cent in just 17 minutes. The 150W SUPERVOOC Endurance Edition has a maximum power of 20V/7.5A, which is enabled by a 160W charging brick and a USB-C to USB-C cable. This charging brick and cable not only support SUPERVOOC charging protocols but also PPS and PD charging. That means you can use them to charge notebooks and tablets rapidly as well. Both the brick and the cable are in the OnePlus 10R’s retail box.

One of the perils of fast charging is that it can adversely affect battery health, exhausting the lifespan of a battery significantly. OnePlus’ 150W SUPERVOOC Endurance Edition comes with its own Battery Health Engine designed to preserve battery capacity and deliver a long lifespan. The two key technologies in the Battery Health Engine are a Smart Battery Health Algorithm and Battery Healing Technology. The Smart Battery Health Algorithm monitors the maximum charging current, making sure it stays within a safe range to reduce the probability of dead lithium cells. This extends the battery’s lifespan. Battery Healing Technology on the other hand, allows electrodes to be continuously repaired during charging cycles. This reduces the damage done to anodes and cathodes in the battery, allowing it to preserve its capacity. Together, these two technologies ensure that the battery of the OnePlus 10R with 150W SUPERVOOC Endurance Edition can retain 80 per cent of its original capacity even after 1,600 charge cycles. That’s a lot of time.

There is also a more efficient and cooler charging management system on the OnePlus 10R 5G. Instead of using a single pump with 150W capacity, the phone’s Dual Charge Pump features two pumps with 75W technology. The result is not just faster, but also more efficient charging, with reduced heat dissipation. Improving the charging efficiency of the crucial last 10 per cent of the OnePlus 10R’s battery is the task of a VFC trickle charging optimization algorithm. The algorithm adjusts the current and voltage of a charge to the accuracy of 100 mA and 10 mV to improve charging efficiency and reduce heat. Thanks to this, the OnePlus 10R can figure out when the user is going to unplug their phone and ensure its battery spends less time at 100 per cent as it can adjust current and voltage faster. Finally, a Customized Smart Charging Chip manages charging on the device. It recognises the input current and voltage and delivers an adaptable combination to the battery, further ensuring charging safety.

That is not all. The OnePlus 10R comes with as many as 13 temperature sensors, up from the 10 temperature sensors in previous OnePlus devices. Located inside the phone’s battery system, these sensors detect the phone’s charging temperature in real time. There is also a 128-bit encryption algorithm that recognizes official SUPERVOOC charging cables. Thanks to it, super fast charging speeds are delivered only when the phone recognizes cables that are able to support it. If the cable is not recognized, fast charging will not be activated. With all these safeguards in place, it is hardly surprising that the OnePlus 10R’s 150W SUPERVOOC Endurance Edition comes with the globally recognized TÜV Rheinland certification for safe fast charging.

In sum, thanks to the 150W SUPERVOOC Endurance Edition, the OnePlus 10R 5G can deliver a day’s battery with just ten minutes of charging. And that too without compromising on the health of the battery or the performance of the device. The OnePlus 10R 5G also boasts a very eye catching design, a powerful, energy-efficient MediaTek Dimensity 8100-MAX chipset exclusively designed for it. However, it might be remembered as the OnePlus device that once again changed our perception of phone charging speeds.

Small wonder then that the event launching the150W SUPERVOOC Endurance Edition is being called More Power to You. Come 28 April and OnePlus will have changed charging speeds for phones once again. Enabling you to spend more time using a phone and lesser time not just in charging it, but also in worrying about battery levels and finding power outlets or carrying portable power banks.