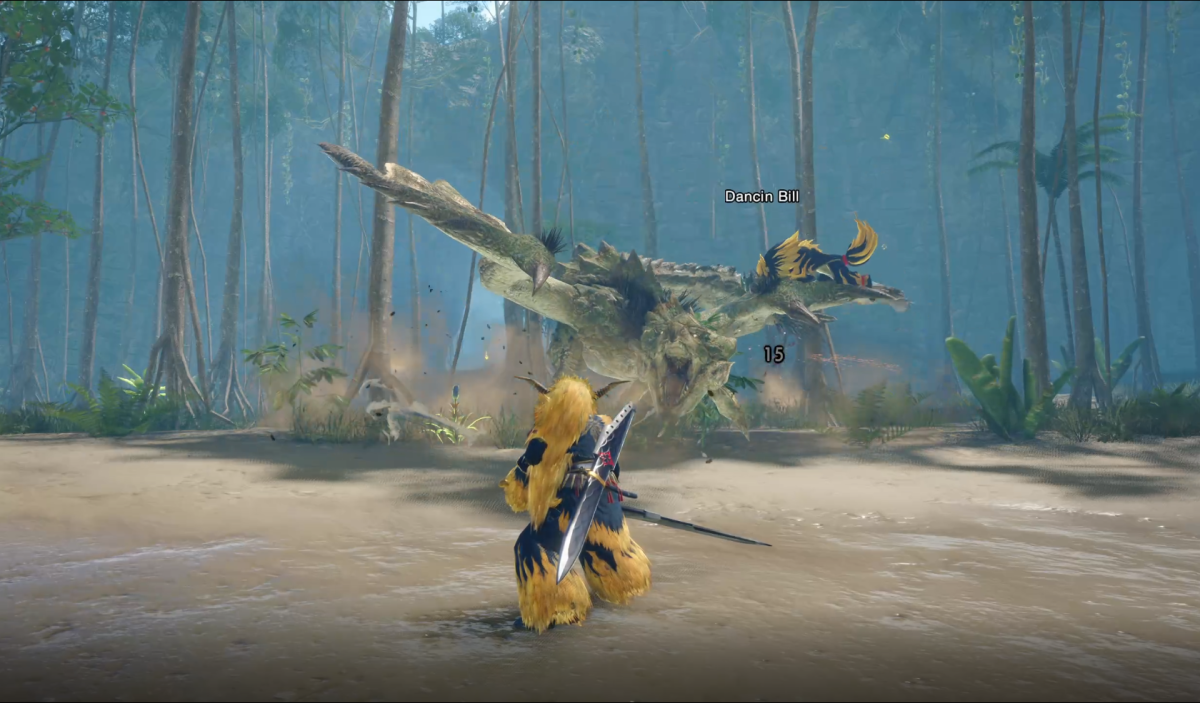 Monster Hunter Rise: Sunbreak is exactly what you want from a Monster Hunter expansion. The team at Capcom has made some fantastic quality of life changes on top of adding more great content. Let’s take a brief look at the new challenges awaiting us at Elgado Outpost.

The story so far

Monster Hunter Rise: Sunbreak takes place after you work through most of the main story of the base game. You are the famous hunter from Kamura village. You toppled all the threats of the rampage and the new monsters appearing to terrify your home. Narwa who? Yeah, that’s right. Things are peaceful around the village, returning to business as usual. Then you receive word of a messenger at the entrance to town.

This is where you first meet Dame Fiorayne, a knight from the far off kingdom. She has come to your village searching for the famous hunter to request aid for her people. You travel to Elgado Outpost with her to help investigate the strange disturbances. At this point, we’ll leave the story as it’s more fun to experience the new content than to read about it here.

One of the main things needed for a successful sequel, no matter the game, is more content. I can happily report that Sunbreak meets that criteria and expands upon it greatly. New quests and new monsters are a given, and we won’t really discuss those here in order to leave something for players to discover on their own. What we’re going to talk about here are the new additions that don’t contain spoilers.

First up, one of my favorite additions to the game is follower collaboration quests. As you meet the people of Elgado Outpost and get to know them, some of them will open up special quests. In these quests, you take along one of your followers, and they help with the hunt. Unlike multiplayer quests, you can bring both a palamute and a palico to help. These hunts give the NPCs more time for exposition and they are a novel way of grinding monster materials.

Another new addition is the ability to switch silkbind skills on the fly. With new skills for each weapon, this becomes a good way to add more utility to your characters on a hunt. Not sure exactly what you need to equip? Throw an alternate skill set onto your character and go back and forth at will! And you just might want to do that as each of the game’s 14 weapons has new skills.

Finally, the new levels for Sunbreak are expansive. As with the base game, these maps have a significant amount of verticality. Each has lots of space to explore with nooks and crannies to discover.

The good things in life

One of the great things about expansions, and Capcom takes full advantage here, is re-working systems to streamline the game experience. All of the feedback and play data they gathered during the initial release, for the most part, has led to improvements. That is certainly the case with Sunbreak.

I’m going to start with my favorite addition, hands down: You can now climb cliff faces using your stamina. This one change makes the map much easier to traverse. In the base game, when you wanted to climb something, you had to use wirebugs. At most you could have 3 wirebugs, requiring some creative placement to make it up to some of the higher spots in the game. Now, until you run out of stamina, your character can climb anywhere, even sheer cliff faces.

Also new to the game are new skills for your companions. Palicos can equip these new abilities, called secret support skills, to help during your hunt. Your companion’s special ability is based on their particular specialty. For instance, the healing palico can get the new ability Healing Clover Bat, which attaches to the hunter and heals them over time based on damage done to the monster.

This expansion features many more tweaks than are realistic to cover here. Including gambling on your dango skill levels with hopping skewers and changes to the lottery, this expansion touches a lot of systems. Also, did I mention that you can save your radial menu to your item loadouts now? Almost every part of Sunbreak features an improvement over the base game.

The next hunt, and the hunt after

After spending over 60 hours with the new expansion, I can say that it’s one of my favorite game expansions in recent history. If you are a fan of Monster Hunter Rise, then you should consider playing the new content. I have enjoyed my time with Sunbreak and can’t wait to continue my adventures with my friends, taking on new challenges, and reaping the rewards. All right, hunters; we’ll see you in the field.

Monster Hunter Rise: Sunbreak is out on June 30 for Switch and PC. Capcom gave us a PC code for this review.