Mistaken For Rare Artefact, Chinese Vase Worth $1,900 Sold For $9 Million 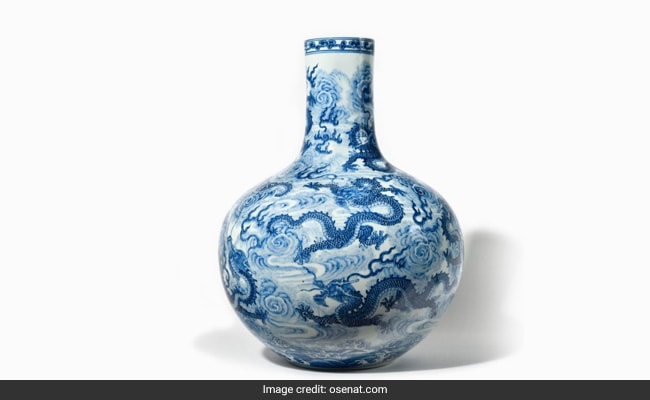 The vase has a long cylindrical neck and a spherical body.

You’ve probably seen this moment at least once in a movie or online series, where a competitive bidding war drives up the price of a common item at a public auction. Similar circumstances recently occurred on Saturday at the Osenat auction house in Fontainebleau, near Paris, where a blue and white Tianqiuping vase went up for bid and sold for a total price of $9 million including fees.

The Chinese Tianqiuping-style porcelain vase was sold for nearly 4,000 times its estimated value after buyers were convinced it was a rare artifact.

Jean-Pierre Osenat, president of the auction house, told CNN on Tuesday that the vase’s owner, who lives abroad, asked the auctioneer to sell it as part of a consignment of items taken from their late grandmother’s house in Brittany, northwestern France. “It’s going to completely change their life,” said Osenat. “It’s hard for them to come to terms with.”

CNN reported, “A total of 30 bidders, each of whom was required to make a deposit in order to participate, emerged from the 300–400 individuals who first expressed interest in placing a bid. Both in person and over the phone, there were 15 bidders total.”

On the website of the auction company Osenat, it was described as a “porcelain and polychrome enamel vase in the style of the blue-white with globular body and long cylindrical neck, decorated with nine fierce dragons and clouds”.

According to The Guardian, the bidders, who were primarily Chinese, were certain that the vase was a priceless piece of 18th-century art. The name tianqiuping, which means “celestial sphere vase,” comes from the shape of the vase.