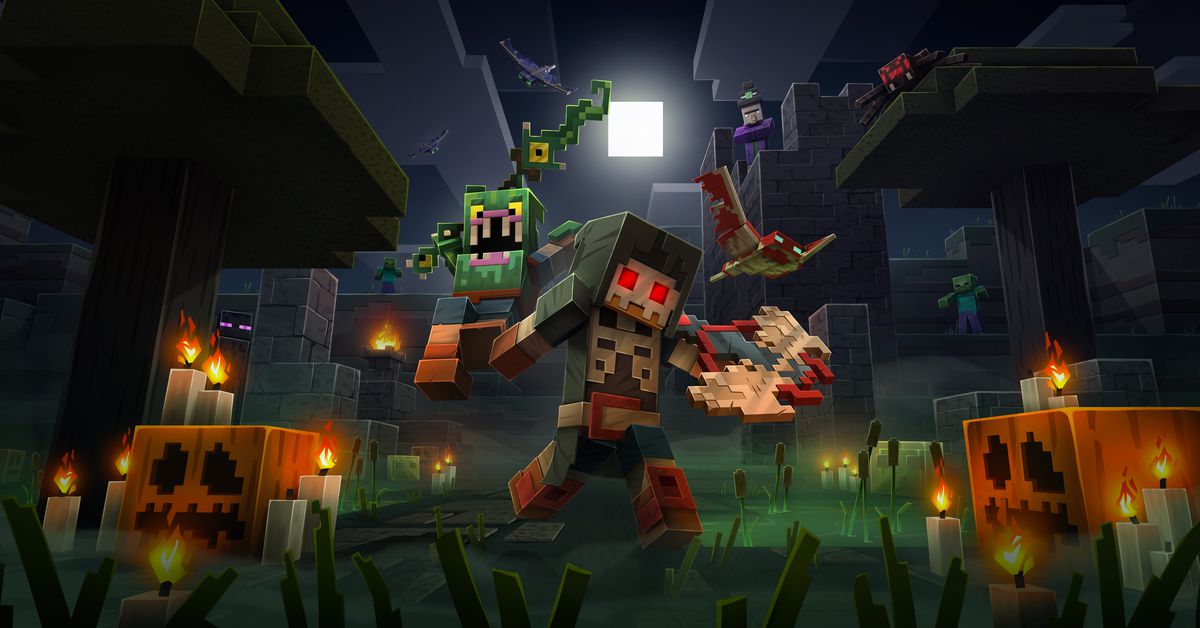 Minecraft Live is back for another year, and, just like with past livestreams, the 2022 edition had some notable developments for fans of the inescapable sandbox game. That includes a look ahead at the next major update for the main version of Minecraft as well as details on spinoffs like Dungeons and Legends. If you couldn’t catch the event, ahem, live, here’s the big stuff you missed.

Minecraft 1.20 will be focused on self-expression

The next big Minecraft update, which brings the game up to version 1.20, doesn’t have a name or a date attached to it yet — and that’s on purpose. At Minecraft Live, the team spoke about keeping expectations in check by not revealing the full plan or name until closer to launch (whenever that is). Instead, details will gradually come out until then, but the overall goal for the update is to focus on “self-expression, representation, and storytelling.” For now, we know at least a few things, including additions like decorative hanging signs, bookshelves you can put actual books on, the ability to craft with bamboo (including making a raft), and new camels you can ride with a friend. No word on whether they spit.

Back in 2015, the developers at Mojang added a second default skin to Minecraft in the form of Alex, who has since become a staple alongside Steve (even appearing in Super Smash Bros. Ultimate). But the two default skins didn’t offer a great range of diversity, so soon, the game will be getting seven new characters that players can choose from the get-go: Makena, Efe, Noor, Kai, Ari, Sunny, and Zuri. They’re expected to be added to the game in late November or early December.

Minecraft Legends is due out next spring

In June, Microsoft officially announced the next Minecraft spinoff, an action / strategy hybrid called Minecraft Legends. At today’s event, we got a better glimpse at what that might look like — the team showed off both a cinematic trailer and a demo of some actual gameplay — ahead of the game’s release. And while it doesn’t have a specific date just yet, the company says Legends will be launching in spring 2023.

Minecraft Dungeons gets spooky, and some new multiplayer

The Diablo-style spinoff Minecraft Dungeons has had a surprisingly enduring life since it debuted in 2020, and at Live, we got a few details on what’s coming up next for the game. Naturally, with spooky season well underway, some Halloween gear will be coming, including something called the Hungriest Horror Armor set. The event runs from October 26th to November 9th. The multifloor Tower mission, meanwhile, will be getting a multiplayer mode in the future, and season 3 of Dungeons will kick off on October 19th with the theme “Fauna Faire” that has a big focus on pets and animals.

Batman is coming to Minecraft

Minecraft is no stranger to licensed add-ons, and the latest big-name addition is Batman-themed, complete with iconic comic book characters and a blocky recreation of Gotham City. The DLC pack will be coming out on October 18th. In the meantime, players can get this Dark Knight cap (pictured above) for free starting today.

Not sure what else to say about it — but you can give this blocky opera a watch right now.