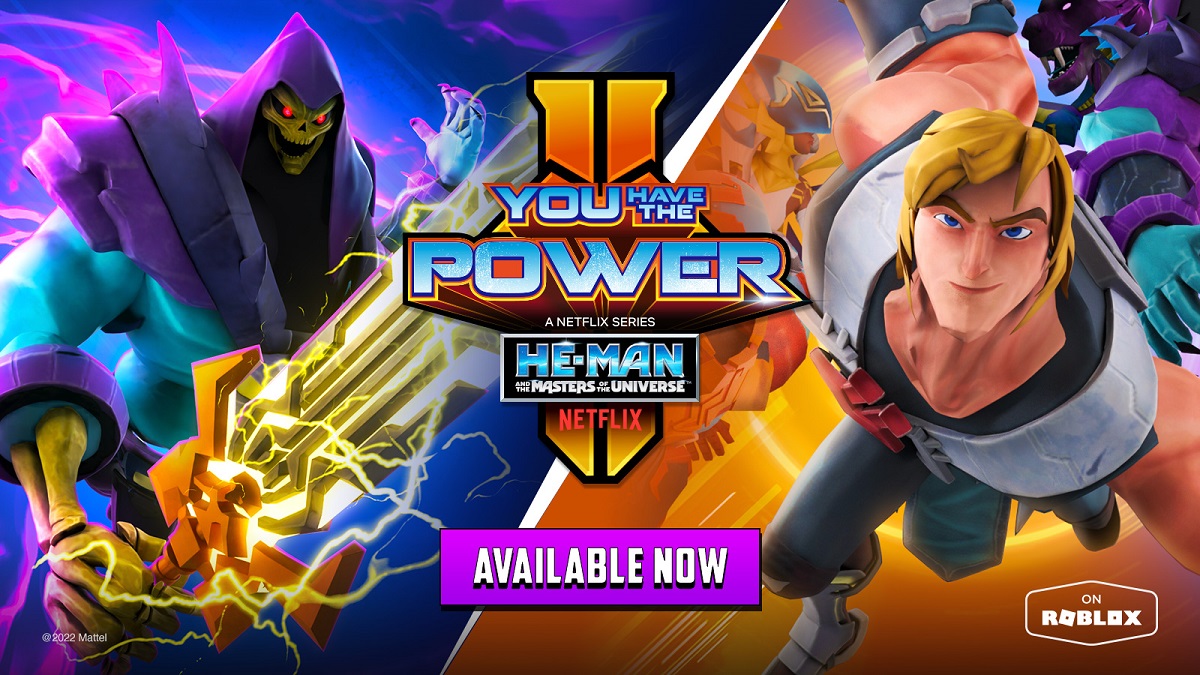 Mattel is the latest brand to go in pursuit of the metaverse, the universe of virtual worlds that are all interconnected, like in novels such as Snow Crash and Ready Player One. And Roblox is considered one of the lead platforms for the metaverse, as it exists so far.

Developed by Gamefam, the title is a free-to-play RPG available through Roblox on Xbox One, PC, and mobile for players of all ages. Players can also collect and upgrade additional Masters and their cosmetics, and explore Castle Grayskull to uncover its many mysteries.

“Masters of the Universe is an iconic global property about becoming the best version of yourself,” said PJ Lewis, VP Global Head of Action Figures, Mattel, in a statement. “We’re delighted to be on Roblox to provide a new opportunity for fans to connect with our all new Netflix series via this interactive experience where anyone can explore Eternia through the lens of their favorite characters.”

The game is the second Mattel brand to join the Roblox, in addition to Hot Wheels Open World.

Last summer, Mattel and Netflix partnered to bring Eternia back to screens in two series. Masters of the Universe: Revelation is a continuation of the classic storyline from the 1980s. Kevin Smith served as the showrunner for the animated series, which features an all-star voice cast including Mark Hamill, Lena Headey, Chris Wood and Sarah Michelle Gellar.