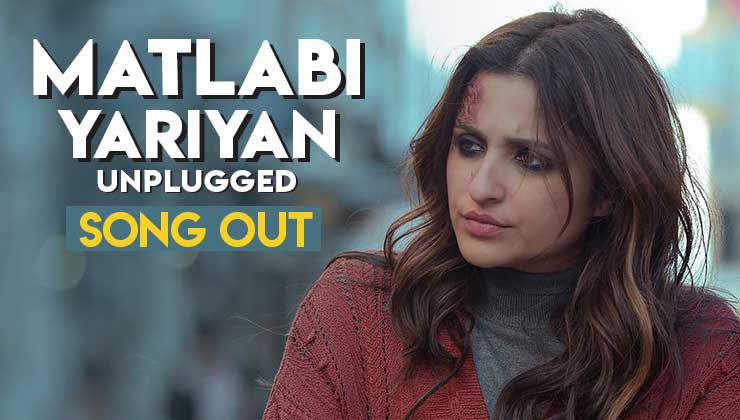 Parineeti Chopra starrer The Girl on the Train released today on Netflix. It was one of the most awaited films and the fans are super excited that it is ultimately out. But, appears like Parineeti had one more surprise for her fans as she lent her voice to a heartbreaking track in The Girl on the Train.

Parineeti took to her Instagram account and revealed that she has sung the unplugged version of Matlabi Yaariyan in TGOTT. The original song is sung by Neha Kakkar and it is just as mesmerizing. The lyrics are offered by Kumaar and the music was offered by Dhruba Phukan. Ahead of this, Parineeti had lent her voice in songs like Maana Ki Hum Yaar Nahi from Meri Pyaari Bindu and Teri Mitti from Kesari.

Parineeti took to her Instagram and crooning the song for her fans she wrote, “Ending a 1.5year journey with this .. Sang this song for the film .. Go check it out .. AND .. #TheGirlOnTheTrain is yours now… 🙏💕 Thankyou everyone. #LinkInBio #MatlabiYaariyan | Thankyou Vipin sir for giving me this song🙏 (sic) ”

Check out the video beneath:

Check out our exclusive interview with Parineeti Chopra:

: The Girl on the Train: Parineeti Chopra requests fans to not give out spoilers says, “It ruins our hard work”