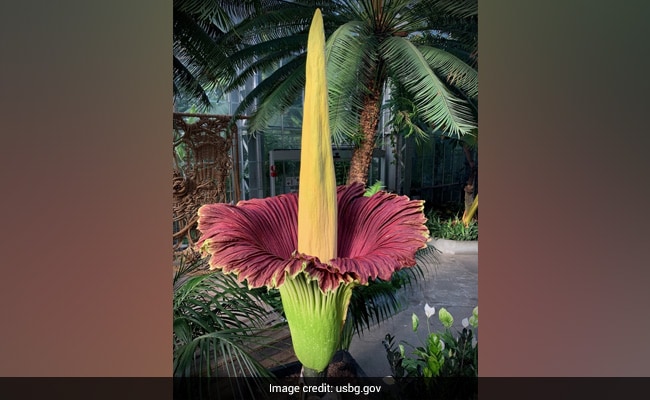 A man in Indonesia stumbled upon a rare and unusually big flower while he was trekking through a forest. It turns out that the flower has the distinction of being the world’s largest and blooms only for a few days, according to Now This News.

A video of the rare flower, which is officially called rafflesia arnoldii, has not gone viral on the Internet. The clip, uploaded on Twitter, shows the giant red flower with its petals having white spots on them.

A man came across this rare flower while walking through an Indonesian forest. The rafflesia arnoldii is the largest flower in the world & only blooms for a couple of days. It is colloquially known as a corpse flower for the overpoweringly stinky odor it emits while mid-bloom. pic.twitter.com/LJmJDgfpqd

Besides being the largest, the flower has another unique feature that sets it apart from other blooms. It emits a strong and unpleasant smell, which is similar to that of rotten flesh. Due to this, the flower has been dubbed the corpse flower.

With such peculiar qualities, the flower has left many Twitter users baffled.

“It looks like something out of aliens,” a user wrote.

Another said, “I am surprised no one was taught about this at school”.

The corpse flower belongs to a genus of parasitic flowering plants called Rafflesia, which has a total of 28 known species, reported One Earth. Rafflesia arnoldii is the biggest species of the genus. It is endemic in Indonesia, Philippines, and Thailand, the report added.

The flower lives inside the Tetrastigma vines and draws water and nutrients from them. When it blooms growing out of its host, the flower can get up to 1m across in size, according to a report by the Royal Botanic Gardens, Kew.

Its rotten flesh smell, as per the report, attracts insects such as beetles and flies that help the flower in pollination.