Maidaan: Ajay reveals when his sports drama is expected to RELEASE on the big screen [EXCLUSIVE] 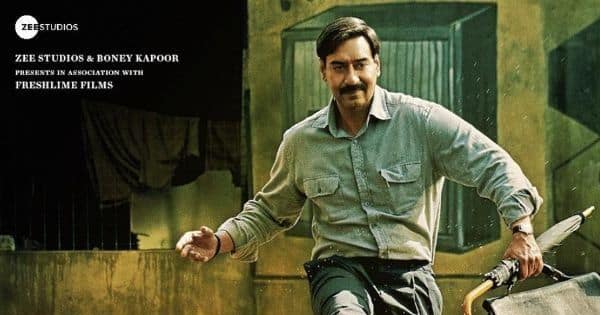 Ajay Devgn and Rakul Preet Singh are busy promoting Runway 34 in full swing, which is why we, too, recently caught up with the pair to speak about their upcoming mid-air thriller. Of course, the conversation seldom sticks to the movie of the moment, and inadvertently veers toward all and sundry. True to form, during our exclusive interview with actors, their upcoming projects were also discussed, with Ajay Devgn’s long-delayed Maidaan being one among them. “I think it should be in the next 3-4 months (the release). A lot of post (post-production) is going, as soon as the post is complete…the film is complete…the moment post-production is complete, it’ll come,” said the superstar on Maidaan’s expected release date. – What to watch on OTT today: Before Runway 34, check out Neerja, Bell Bottom, Air Force One and more mid-air thrillers on Netflix, Hotstar and other OTT platforms

In the same interview, the superstar spoked about whether Bollywood is actually feeling threatened by South movies aka the so-called pan-India films or is it just a perception created through social-media chatter, adding, “The same thing was said about Hollywood some time ago, but nothing happened. So, these things will always be spoken about, but there’s no question that Bollywood will continue doing well. More importantly, it’s important to stop seeing our films from different regions like the North or South or some other place and just see them as movies from India.” – Trending Entertainment News Today: Katrina Kaif reacts on hubby Vicky Kaushal’s achievements; Nawazuddin Siddiqui slams Bollywood filmmakers for speaking in English and more

Coming to the film on hand, ever since the Runway 34 trailer was launched in the presence of the film’s director and lead actor, Ajay Devgn, along with the rest of his cast, Rakul Preet Singh, Angira Dhar and Aakanksha Singh, plus a huge media contingent, at the prestigious PVR Infinity Mall in Andheri West, Mumbai, the movie has been creating huge buzz both within the trade as well as the audience. – KGF 2 is dominating all Indian movies at the US box office too; miles ahead of Jersey, RRR and more – view full list with collections

The Runway 34 trailer more than lived up to expectations, with a perfect combination of commercialization and content, while also hooking you in with the right buildup, intrigue, thrill, suspense and curiosity by not giving away too much, something most trailers fail to do these days. The movie, which also stars Amitabh Bachchan and Boman Irani, and produced and directed by Devgn himself, released on 29th April for Eid weekend.